Metaphors of the irrational 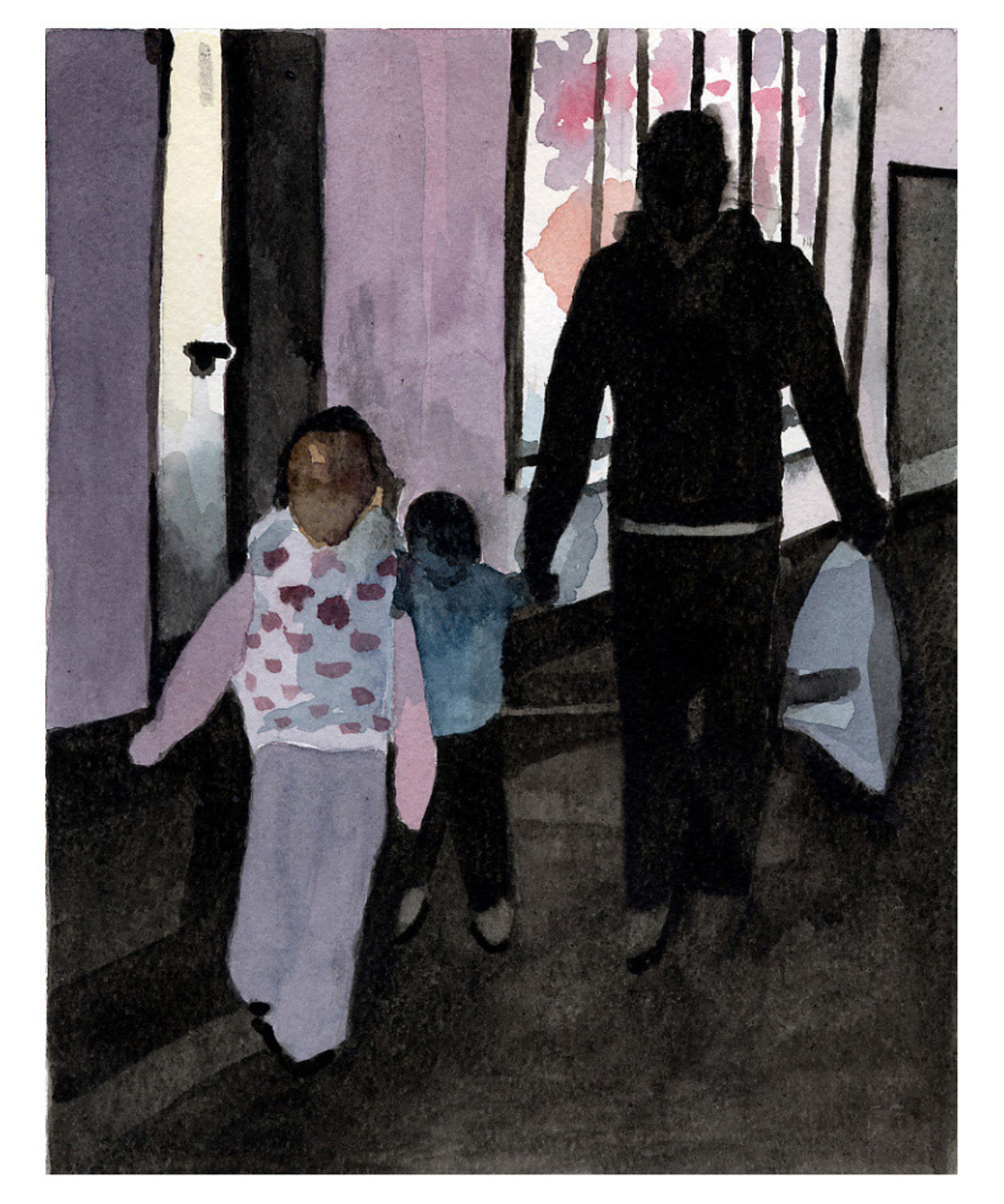 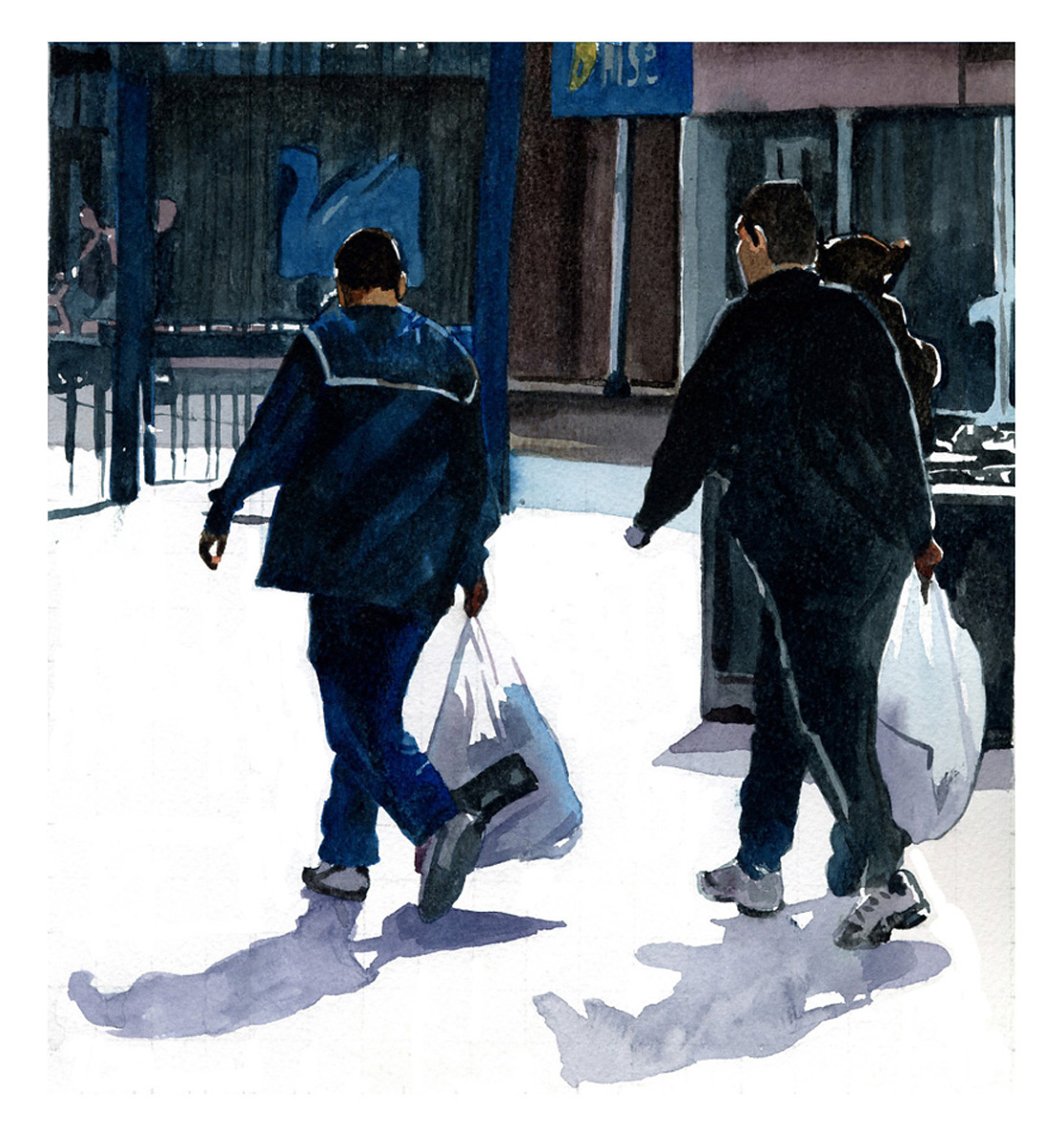 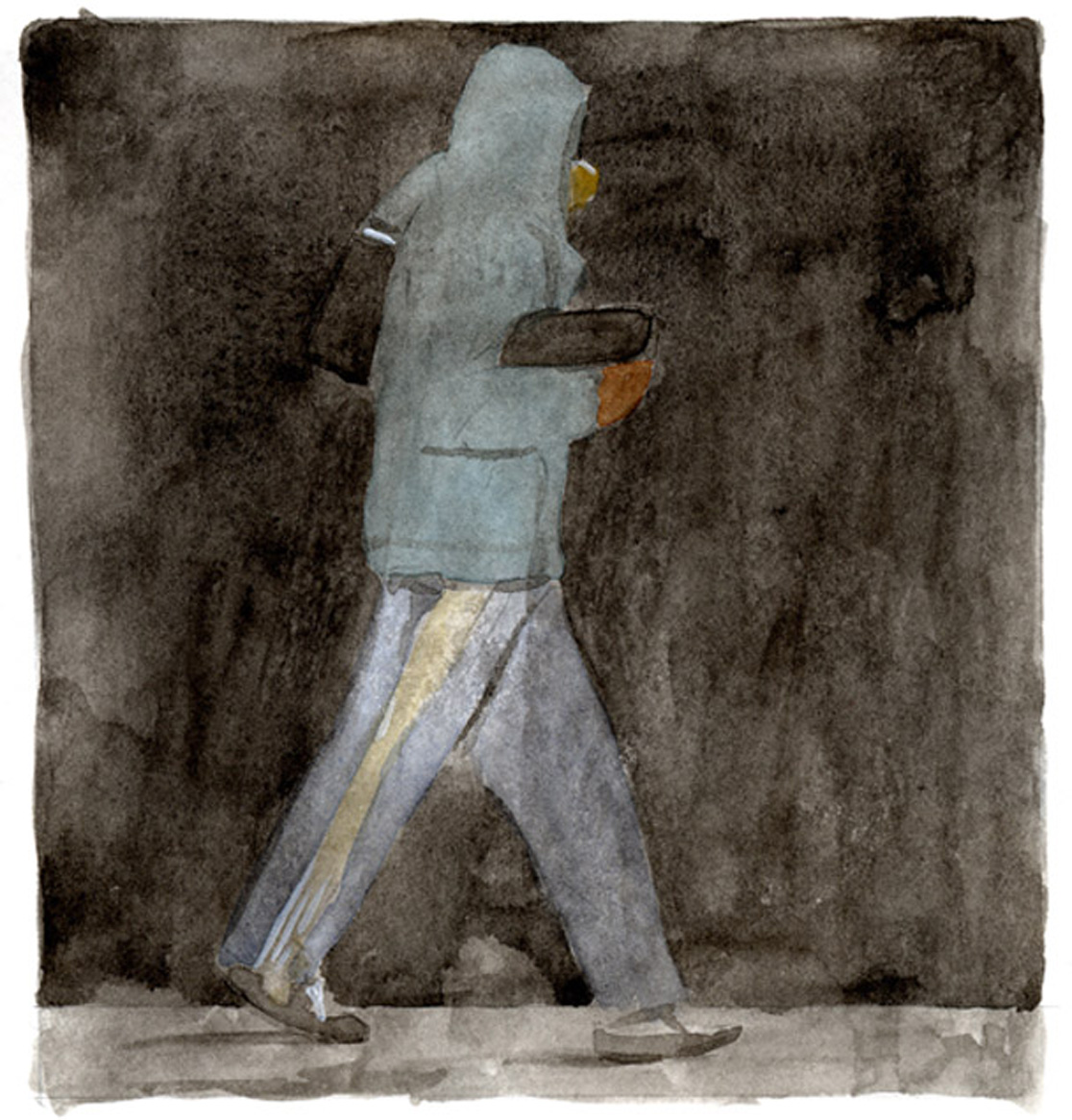 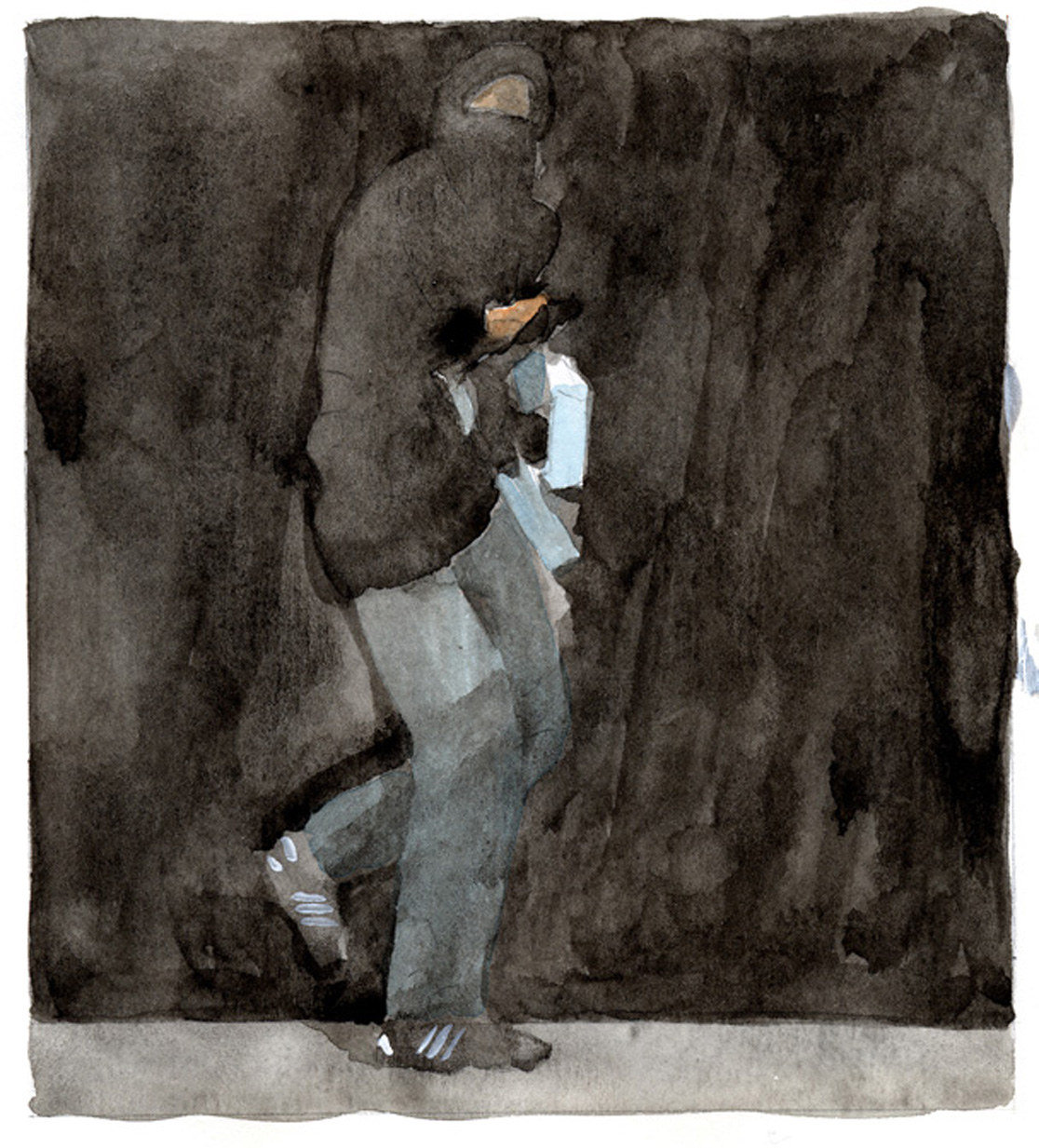 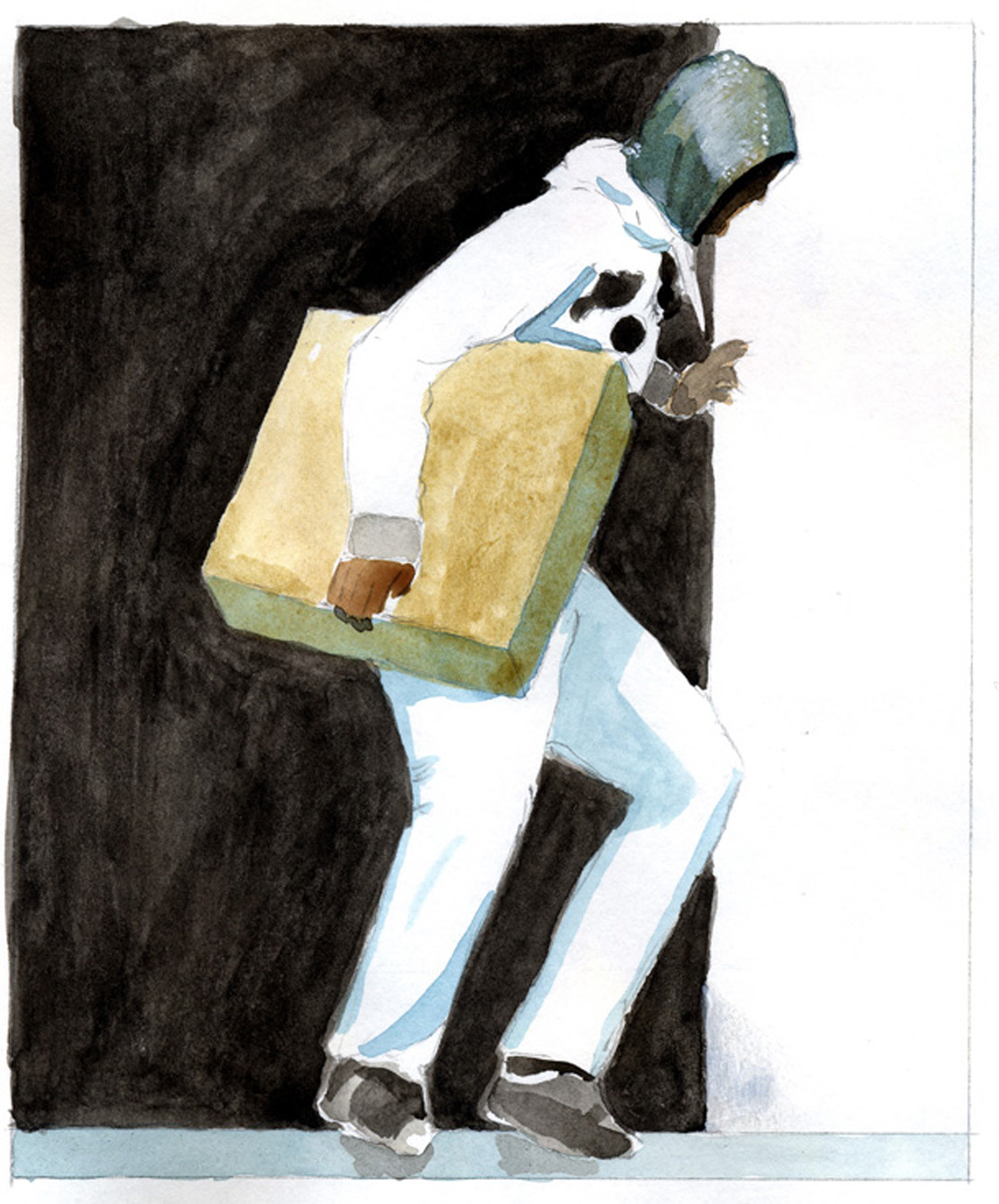 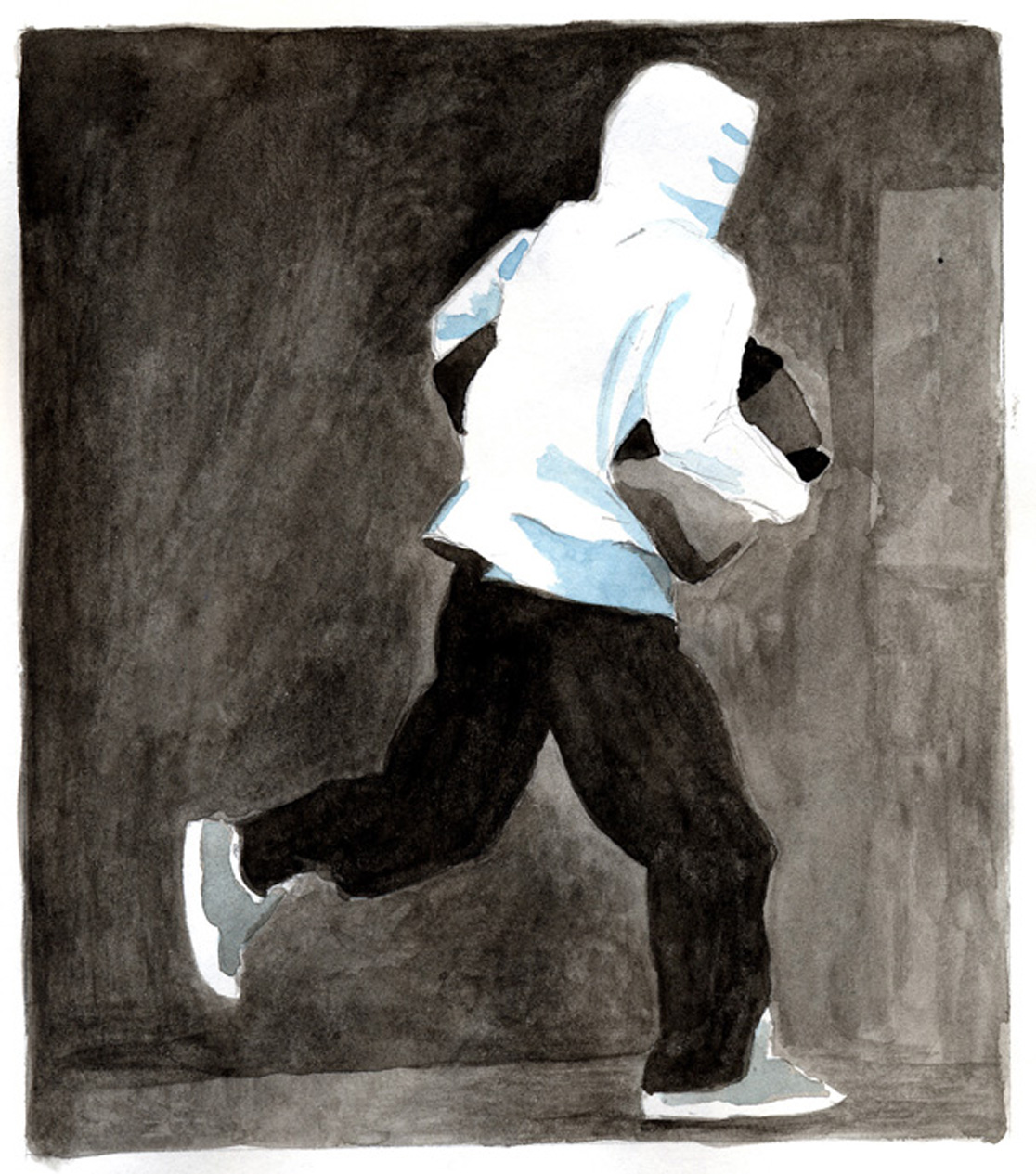 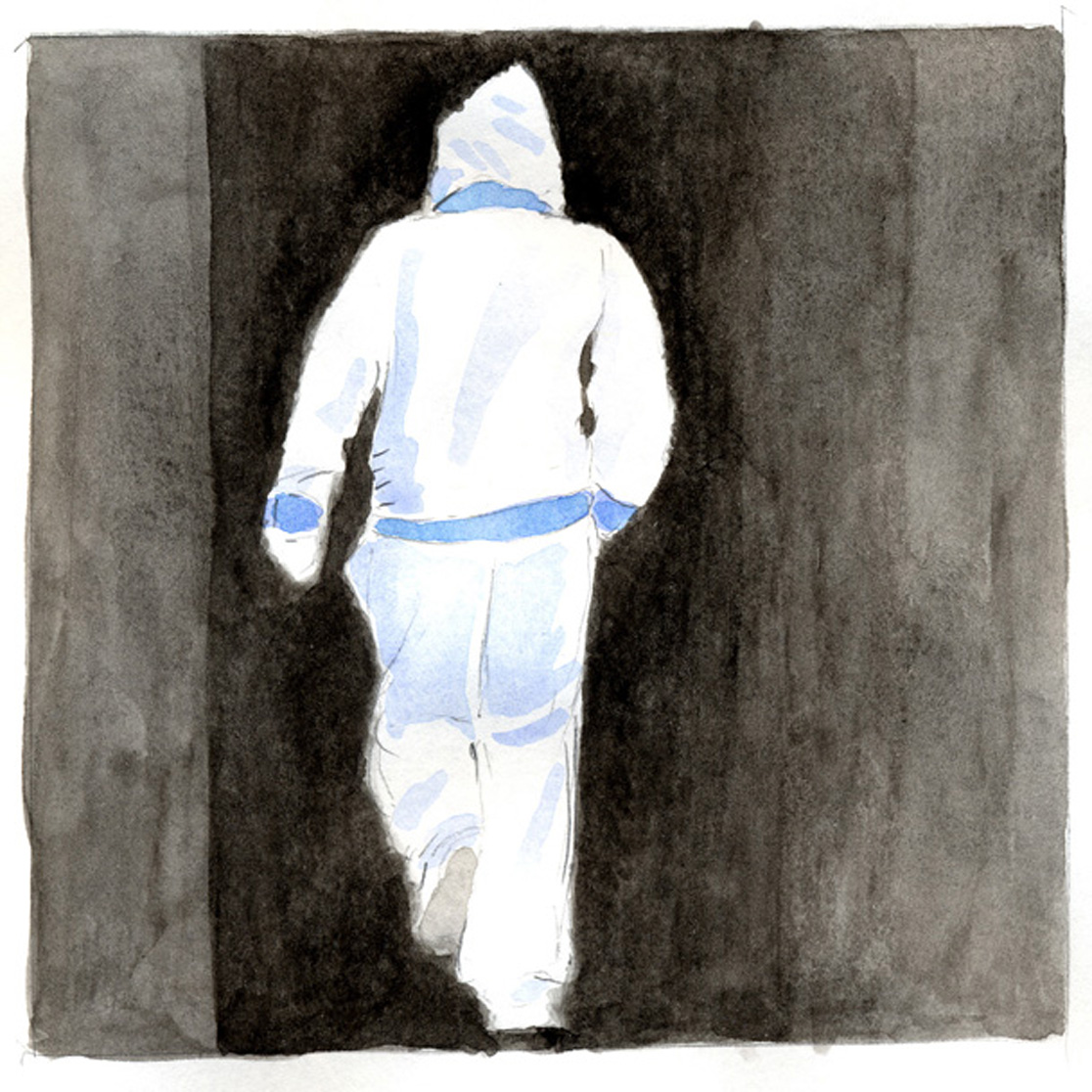 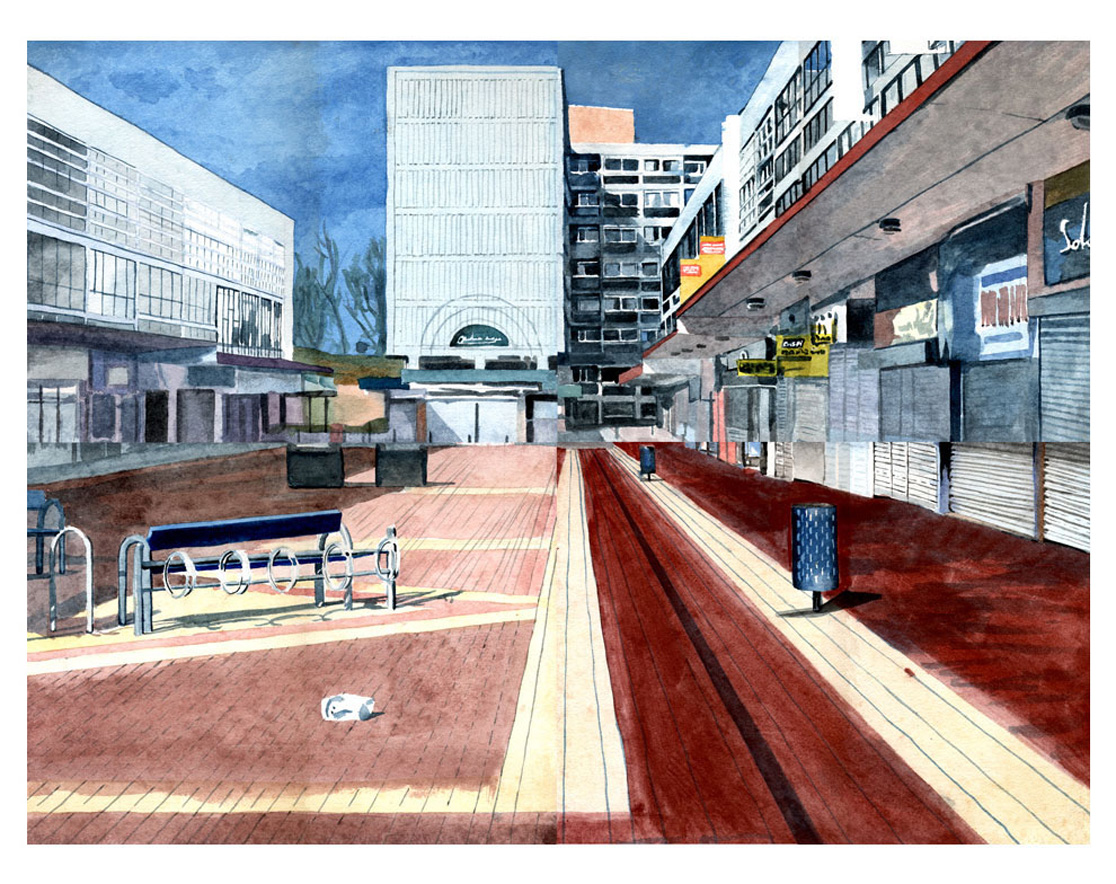 Ghosts is a series of paintings depicting figures as spectral entities, engaged in everyday activities of walking, talking, shopping and rioting. The impetus to represent these individuals as ghosts came from a desire to make artworks that captured the irrational character of the riots that broke out across England in 2011.

The works depict their subjects as having ghostlike forms and qualities. They come into view fleetingly, emerging from darkness into light, disturbing the fabric of society, before being absorbed back into the shadows.

As customary, when the irrational shows itself, observers of these civic disturbances were provoked into a frenzy of rationalisation, i.e. they were driven to offer logical reasons for these sudden and unexpected outbreaks of public disorder. Yet none of the explanations offered were able to capture the nature of the unrest. Faced with representing a moment of crisis, logic failed.

These paintings demonstrate the capacity of art, like the riots themselves, to supercede logic. The works do not seek to explain the riots, but to create a view of them, where view means both the sight of something, and an opinion. The latter meaning can be further defined as revisable understanding – opinions are changeable, what is seen can be viewed as one thing, i.e. individuals rioting, but also as another, as ghosts.

The paintings achieve this through the transfer of their subjects from the world of the everyday, to the world of the supernatural. This process of transfer is the metaphor (from the Greek, metapherein, to transfer). Because it lets us see something as other than what it is, i.e. a hooded individual as a ghost rather than a rioter, one could choose to understand this transferred seeing as an illusionary ruse. Confirming a priori philosophy’s traditional suspicion of the poetic image, as lacking the ground of reason and therefore unable to match logic’s capacity to say clearly and unambiguously what something is.

In The Primal Metaphor the Italian philosopher Ernesto Grassi reverses this thinking, pointing to Heidegger’s concept of the ontological difference. Things have being and Being. Logic has traditionally focussed on describing beings, while neglecting the question of Being. Metaphor, because of its evident groundlessness, gives us access to Being. From this position we can understand logic’s traditional denigration of the figurative, whether in language or image, as the original stratagem of deceit.

Metaphor, the gift of the artist, lets us see something as something else, in so doing poetic representations can be said to be irrational in the true sense of the word. This confirms Plato’s view, stated in Phaedrus, that the efforts of logic to portray the profound meaning of reality, would always be found wanting when measured against those works infected with the ‘madness of the poetic.’