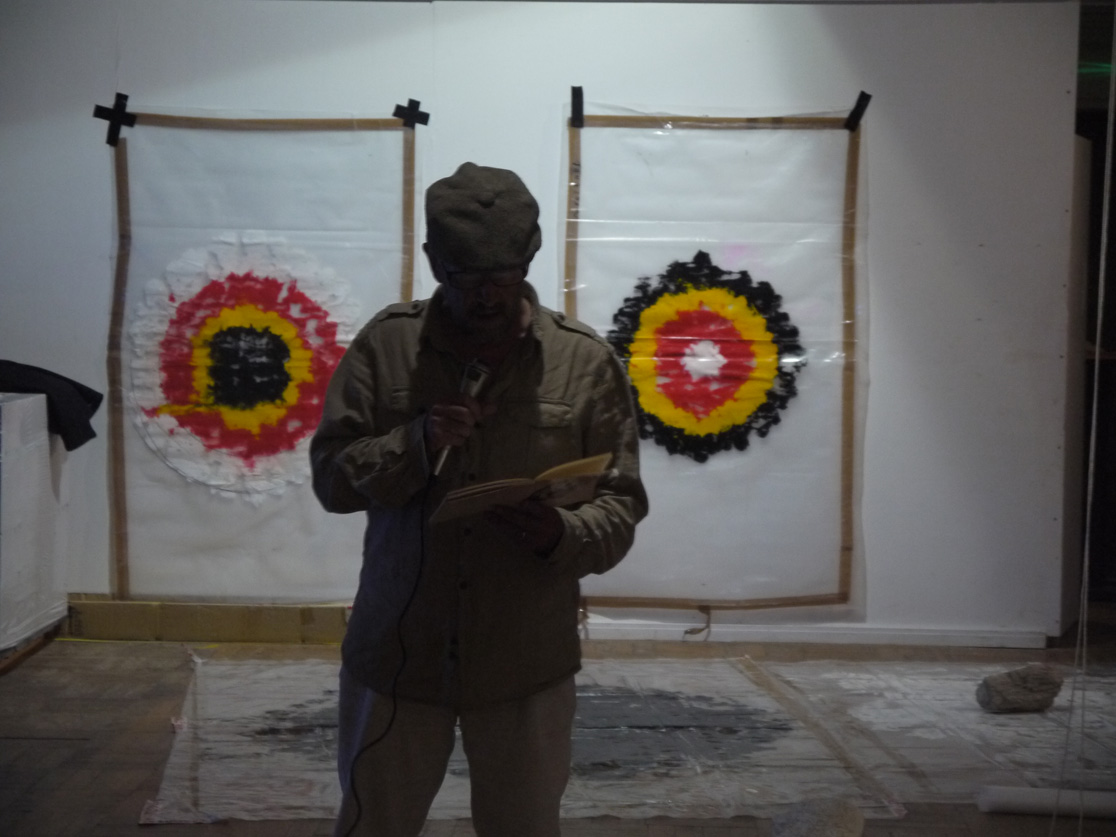 I’m not the only soul that’s been accused of hit and run. John was a computer guy. He had stuff on the other side of town. He knew snuff, he was ahead of the game, and ‘everyone’ in the game at that time. Even Eno and Bowie had him up there man, up there with the technological gods, those we speak of in hushed and reverent voices like Christ and Buddha and the All, cross traffic like Coltrane yea. John was good, and he was bad…a walking contradiction, as they say, and in many ways that’s the way it has to be… repeated again and again, a walking, busted contradiction, a contra- diction man, a fucking massive one. He was hurting by something, and its not to guess, that’s why he did all that stuff. But you know all is in the lap of the gods. And the stuff was so great – the good stuff, looking back that we forgave him all that other things that he did. Anyway that’s how it was told, at the time. And TIME is of the essence - all his children, that’s the thing, we still wear our time upside down. There’s no time left now so I’m spilling the beans. We still want to visit our best most beautiful selves on the other side, but we want it now, we don’t want to be there at the funeral… There is never going to be another funeral, what John always said…and it’s true. No more never, no more nothing, what is true…that the red light spelt danger, and that’s what John liked…running the light and crashing the barrier…. WHAM! The pain was good… We were in the driving seat with him all the way…and he used to say ‘don’t let it go to your [fucking] head’ even though it inevitably did…and there’s no end to it, the bitter end, no memory other than what it was, without end, as they say on the other side…the god lie… that there is an ending. Just a breakdown.

That is all of it. Trying at least to find a way out… He, for years and years, got things distorted. Like the way he treated anyone who owed him. It was ugly…you know… he got the police to defend him...and they loved that. He got off with a lousy fine, he was now a cop, recruited, a canary, man, and he even got money back, informing – blew it on a deal and Lennon was there I recall one night…we were living high and mighty. Kings of the Night. There was anyway a low dark chord running down along the track with us…it was heavy. I dropped some acid with Johnny and we went over to the village and scored some speed and the scene got bad, took some mescal, and some other stuff, you know sitting there with Alan, and Gavin, and Charlie, and Henry… all of us just speed balls, with the girls around for tea time…eyes popping out…I think John was into looking through yeah [laughs] the windows of their souls and wearing their panties on his head…he was hiding in the closet for days…we, well, she, was done in – you know for days…he had the gear and the real ‘gear’…she was laughing at him, she was inside him, and that’s all, man, we were all inside him…had to get out of that game..get out of him…But we freaked, coming down, you know, then meeting Q and A every night and getting higher and higher all over again - tried to get him off, off me…you know that’s what happened – no one cared anyway we were all over the place anyway…blood and bones man...blood and bones… Drove up to Hampstead with John and we were into smashing up cars and all, and asking for trouble. We beat up a policeman that one night…and that was well you know amazing…we’d been recording tracks for eleven fucking days in a row, on meth, you know I was seeing things and John too, all these cats everywhere, in Shaftesbury Avenue all looking like Egyptian tombs, little red roosters, the size of elephants. It was even primetime nightmare on the TV. Its just on TV all of it…drained out…There were these cats standing behind, in the rooms, like furniture…dead, aliens and Egyptian cats. That’s the truth, it’s just the truth, nothing on TV like that now, it’s just shit…just juice and fur balls… That’s why we scratched up those songs. They were very real…paper was rrrreal, skin ripped up like paper, it brought it home, how scary was that… feeling something…John knew that, you couldn’t draw that…wow, forget the punk thing, John was already there for real, fuck the punks. I couldn’t argue with that. John was always right about how he made the sound come alive, like some electric universe, and it would bite back, ferocious. The punks couldn’t do that.

There was this film called ‘zigzag’…it was Johns favourite, you know when the killer, so cool about death…is in no rush, and we used to get high looking for it, hours of waiting for the cut, through the songs, and reading Bataille and getting high over and over for a while [I mean for weeks in the flat talking all night], till the dawn came up- all shaking in the sun, like two eagles, I saw them. I recall John when we were first friends, and his father was dying, playing on stage, and it was the first gig, we were 18, and she, that chick, came up to him - that French chick with the keys in his face …and they were gone, and she was…you know trying to frame him…but John was cool…that was the start of so many more nights…so much betrayal, celebrating, not what you want, penetrating though, any place, their place…but who cared? Yes John had persuasion. Because you got to have it, persuasion, not what is said but how… Something about the way, that nobody else has… not that John was bad, like in his heart of hearts, he just was the something that was about the underneath, the astonishing coldness of being true to the Real…and we blew on it. Something about you, about me, bringing it down man, to the pure truth. I could dig that, and float on...but for John, too much. The recitals since, the songs sung by others, prove nothing of that ‘pravda’…like the stalker that he was, nothing was ever enough. The truth was certainly not enough. Still weird...standing right in front of me, singing ‘let it be’ like the fucking Beatles, that there will be an answer, but there’s no words of wisdom whispered as an answer, not about John.