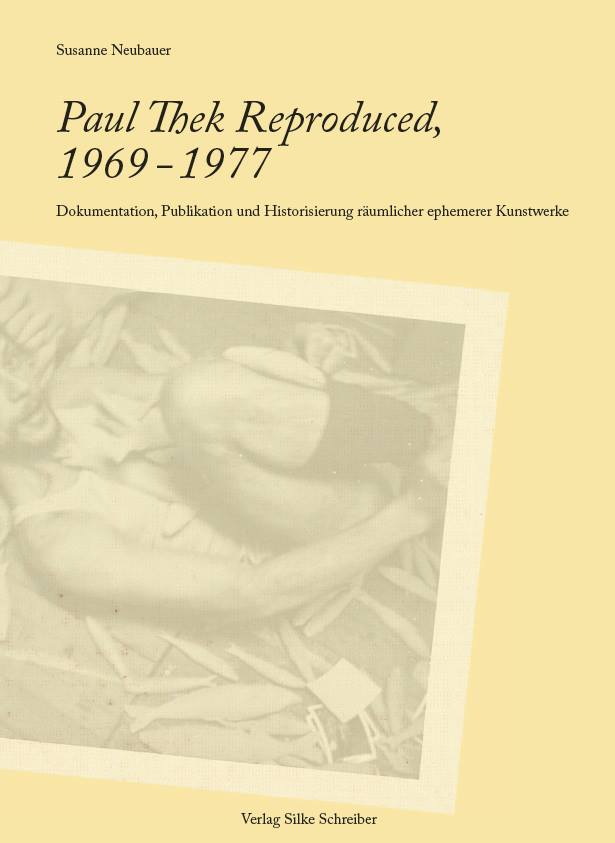 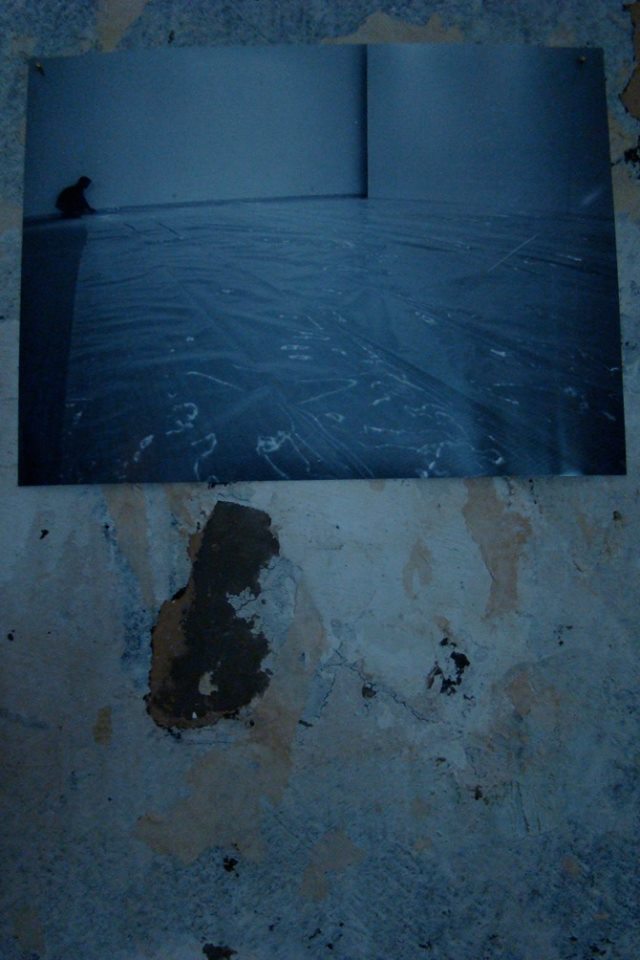 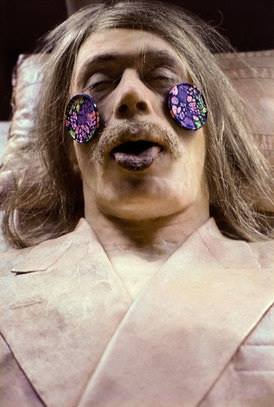 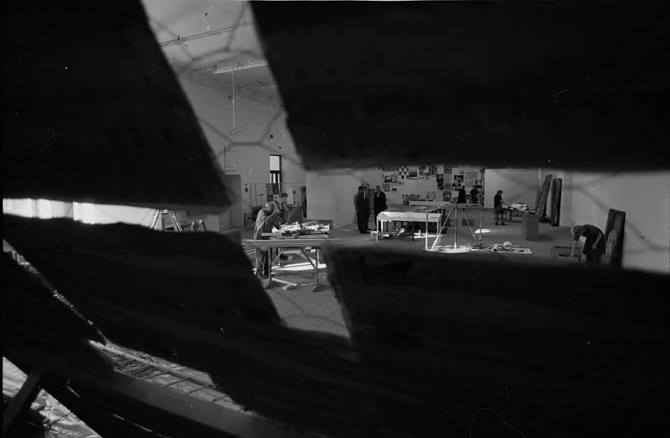 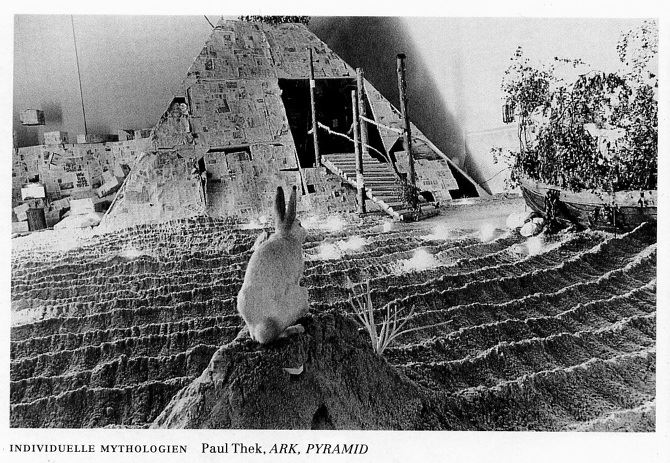 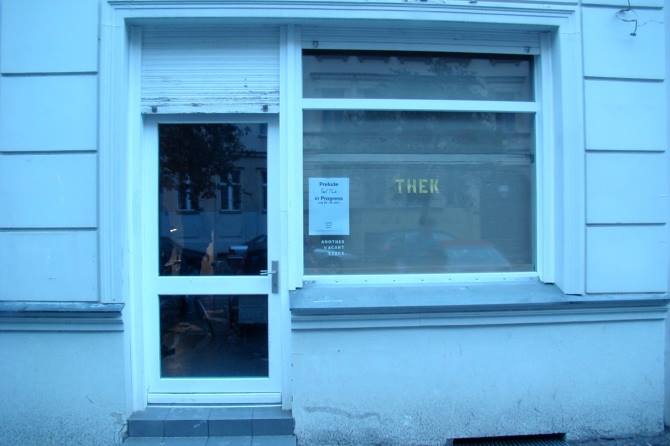 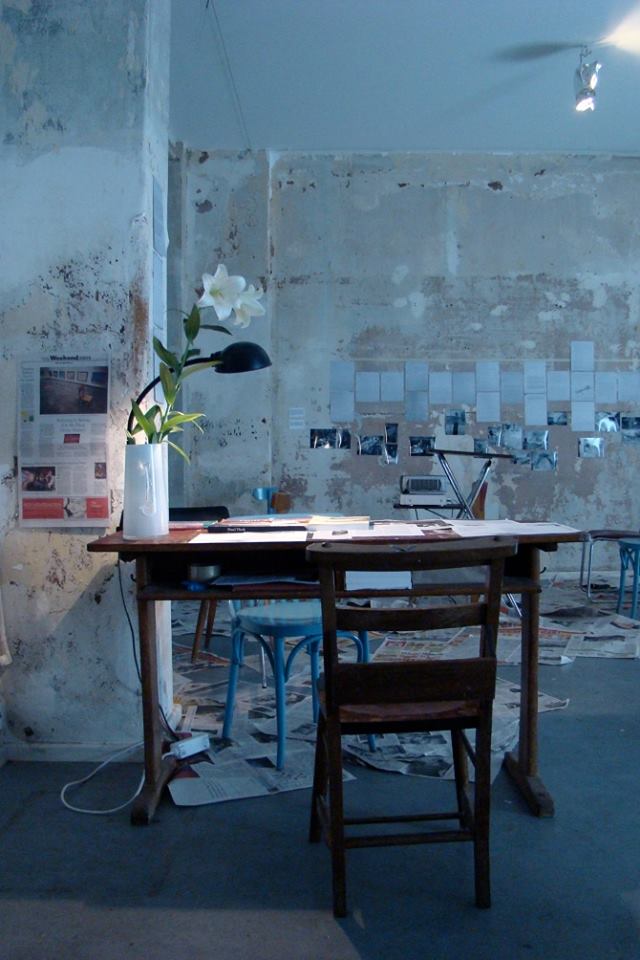 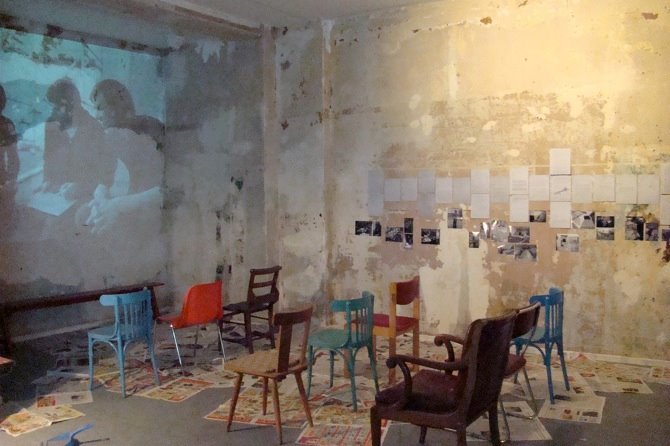 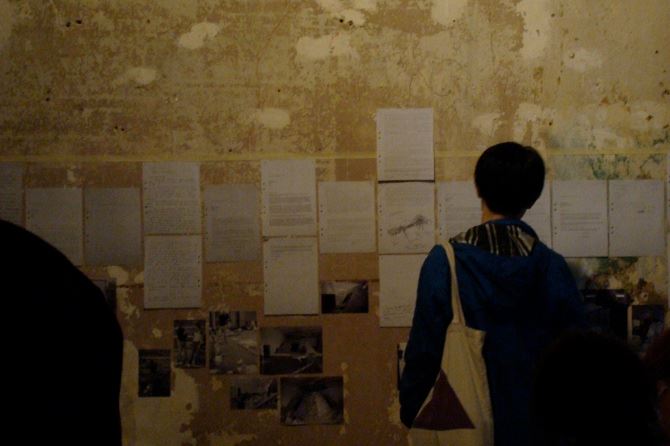 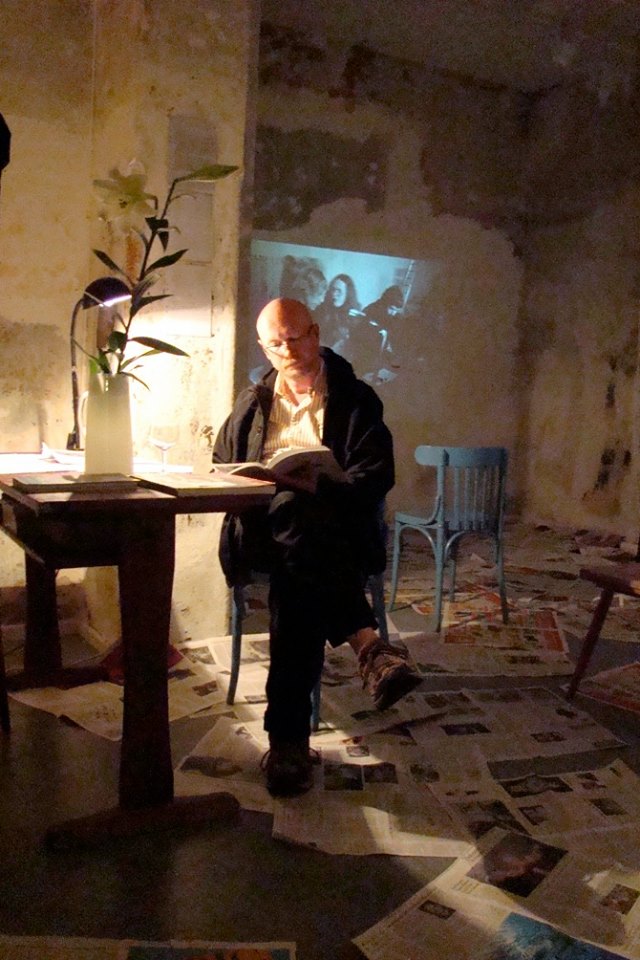 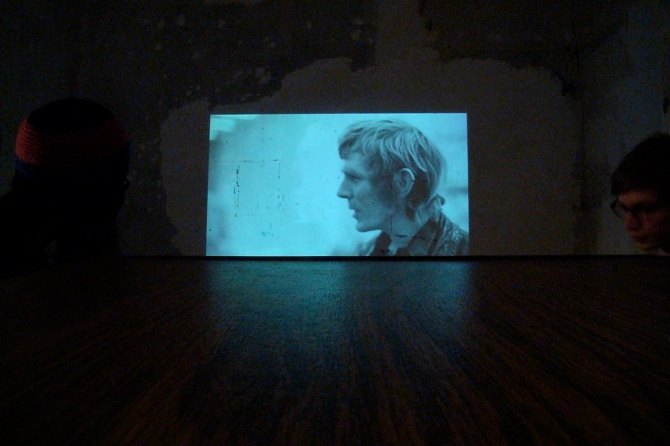 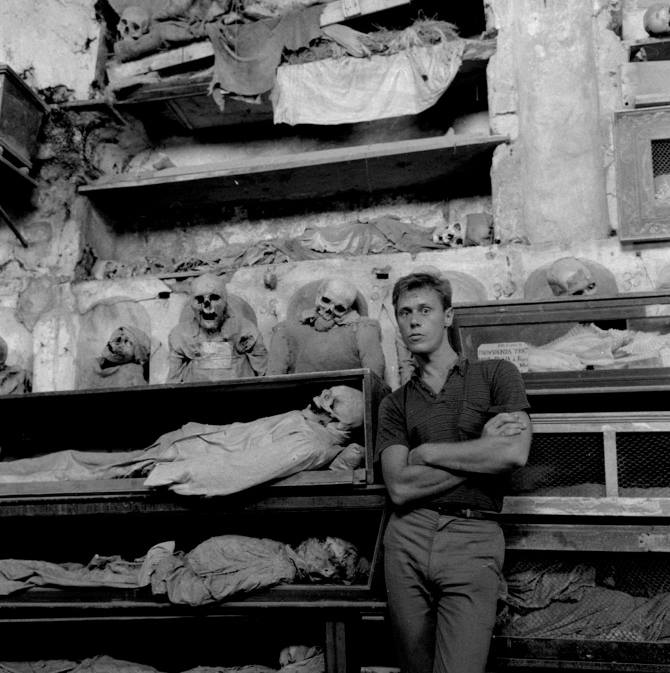 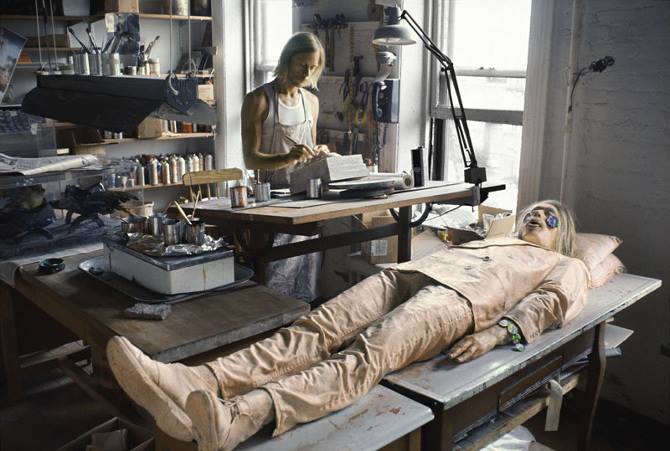 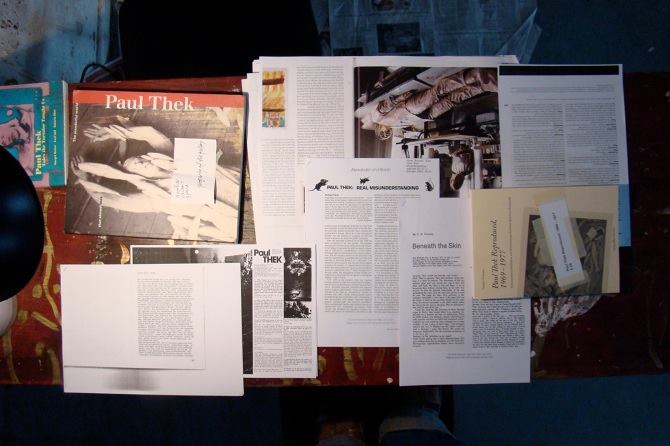 Paul Thek (November 2, 1933 - August 10, 1988) was an American painter and, later, sculptor and installation artist. Born in Brooklyn, he studied locally, at the Art Students League and the Pratt Institute. In 1951 he entered the Cooper Union. Although Thek began as a painter, he became known later in life for his sculptures and installations involving lifelike latex parts. Today his work may be seen in numerous collections, including that of the Hirshhorn Museum and Sculpture Garden in Washington, D.C.â€¨Thek, who was bisexual, died of AIDS related illness in New York City in 1988.

Starting with catalogs, catalog articles and unrealized publication projects of the spatial works by Paul Thek (1933-1988) the publication Paul Thek Reproduced, 1969-1977. Dokumentation, Publikation und Historisierung räumlicher ephemerer Kunstwerke, addresses the historical significance and the problem of media in the mediation of art. It is not the goal of the research to explore Thek´s environments through reconstruction, contextualization and interpretation, or to present a homogenous chapter of the history of art of the 1970s. Rather the author aims to investigate the paradigmatic interface of art mediation based on sources and documentation which in its historicity and aesthetic mirror the complex conditions of the production of ephemeral art of this period. Concepts of installation art, of artists' books, photography, documentary film, archivology, documentation, the reconstruction of works of art and of exhibition practice in the context of these questions are presented. In German, 272 pages, 125 b/w images.
The preview of some documentary material at Another Vacant Space introduces an upcoming exhibition series of Paul Thek's environmental, lost works of the 1970s. Various sources mark the starting point for this biographical and documentary memory exhibition of Paul Thek’s environments which were presented in Amsterdam, Stockholm, Kassel, Lucerne and Duisburg between 1969 and 1974. The intended exemplary experiment of documentary curating does not attempting to reconstruct the lost works of the 70s rather it is aiming to assemble existing “side-production” of these exhibitions such as photographs, letters, films etc. following an explicit self-referential curatorial approach which will not only consider the original research performance but will also deal with the problems of material loss of such works. The source material, supplemented by selected existing pieces of the artists’ work, is prepared in different tangible media to enable visitors of the exhibition to engage with a dense network of information and “originals” in various ways. The concept of the project is based on the idea that a philosophical discourse around the status of an art work, its exhibition and historical value within an institutional exhibition space, where attribution of value and historical significance is represented, can and should be discussed.
The exhibition series is curated by Susanne Neubauer and will be held at Moderna Museet Stockholm, LehmbruckMuseum Duisburg and Kunstmuseum Luzern in 2012. Alongside this exhibition series a book of Thek´s environment at Moderna Museet will be published in English by JRP/Ringier at the end of 2011.
Susanne Neubauer: Paul Thek Reproduced, 1969 - 1977. Dokumentation, Publikation und Historisierung räumlicher ephemerer Kunstwerke, 2011, 272 pages, 125 illustrations, 17 x 23.5 cm, paperback. ISBN-13 978-3-88960-126-1, German,EUR 29,00â€¨Verlag Silke Schreiber Munichâ€¨http://www.verlag-silke-sc hreiber.de/