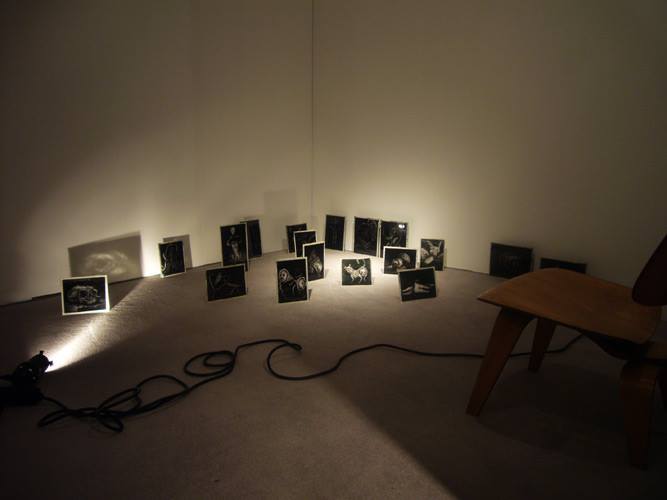 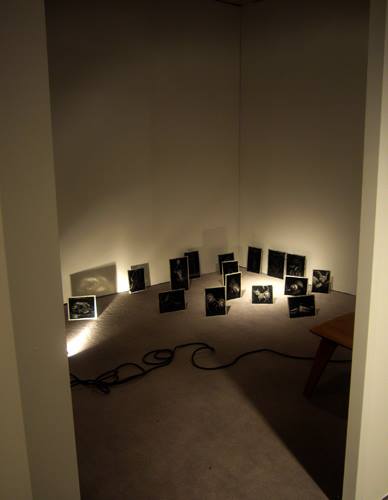 Resting on a number of found, weathered tabletops are twenty or so small, irregularly cut glass plates, each with an image drawn on its reverse and with masking tape around its borders. They are propped at an angle, with one edge resting against the wall, the other hinging out into the room. The near side of the glass is clean and shiny; the far side is daubed with a layer of black oil paint. Using a range of different tissue papers and other improvised tools, Krut has drawn into this layer by removing paint from the surface. Light is then allowed through the glass, producing a faint image projected onto the wall behind. An unlikely cast of characters has been scratched, dabbed and rubbed out of a greasy black field; together, they constitute the absurd, debased fallout from a kind of Cambrian Explosion of the imagination. Crude and fabulous, fragile and gauche, sullied and luminous: the series involves an array of reversals and inversions.