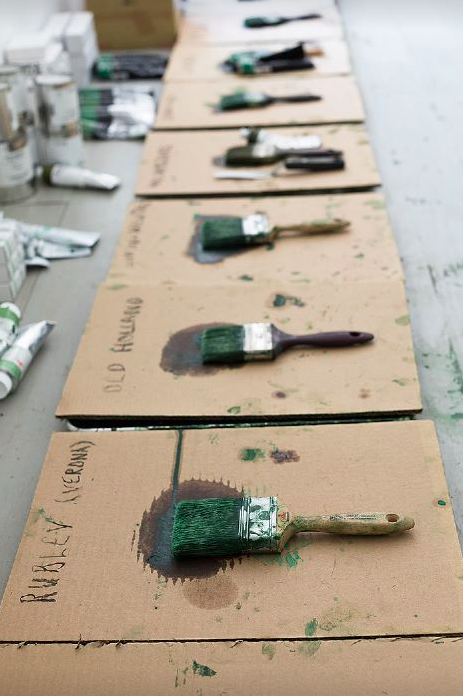 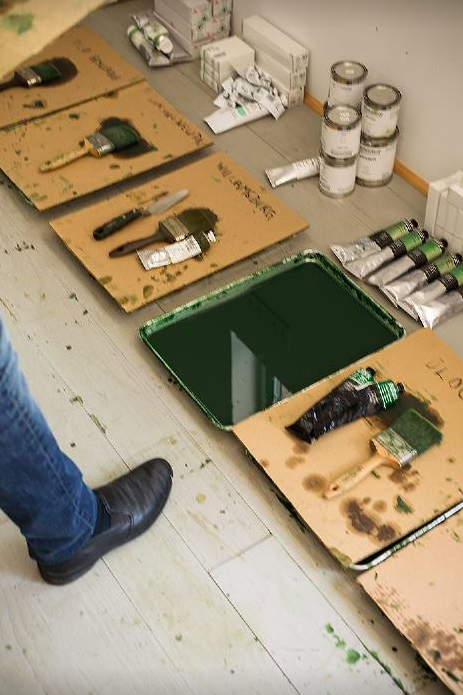 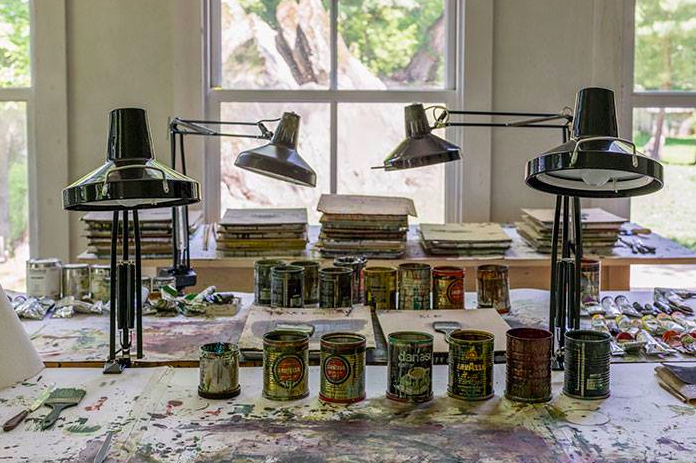 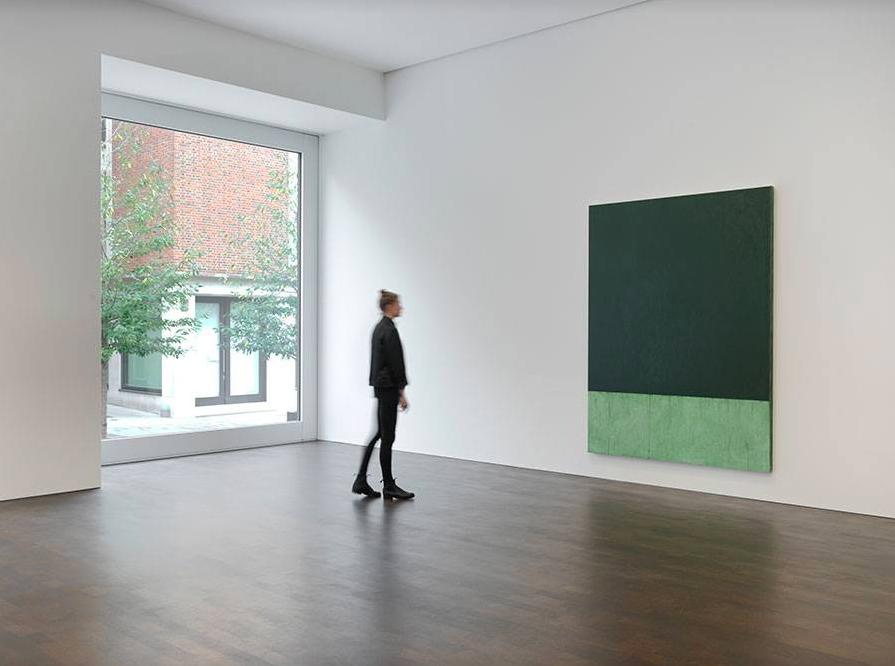 "How do you massage an aura of solemnity, seriousness and depth until it reaches the epitome of a myth?
I don't know but Larry G. and Robin V are having a damn good go at being the handmaidens to that transition.
These photos are scraped from the website under 'images' for Brice M's show at Grosvenor Hill which opened on Tuesday.
All shot in the Tivoli, upstate NY, studio (except the Grosvenor Hill installation shot), the photos positively vibrate with the tremor of sensitivity® and genius™.
I heard from a number of people who were there that:
a) Brice is on auto pilot judging from the work, and
b) Brice doesn't want any association with late Rothko even though the work looks like... late Rothko.
Ten works all priced at $7.5m allegedly pre sold although I wonder about that, wonder if LG isn't massaging the market upwards towards a hitherto unknown tumescence?"
Matthew Collings writes a post in facebook on Marden's (green) paint tubes in response to Simon Linke's post. "Rothko is never "Rothko" anyway. To be only "Terre Verte" or a tube of Michael Harding Terre Verte versus Old Holland or Winsor and Newton means as much or as little as all that "Rothko" nonsense. One is just literal, one is a metaphysics. One is nothing, just banal; but the other is banal, too, it's absurdly pretentious (Rothko's mythology, I mean). Making a culture around something, and creating something from a culture, could really involve anything -- in this case the tubes of paint are the thing; in Rothko's case Greek tragedy (or an incredibly kitschy vulgar version of it) was the thing. The green paintings here are literally green from a tube where Rothko's paintings were colours from a tube, yes (or wherever he got them at various stages in his career: pigmented size, oil paint, whatever), plus a surrounding mythology (Greek myths but also all sorts of mythology of Rothko's own time: literary Existentialism). The format of the green paintings is a bit Rothko without ever causing the painting to be at all mistakable for a Rothko. It's funny that the banality of the paint tube genesis idea is given a lot of fake grandness by the catalogue essay and PR info (if I understand you right). All these mythologies do tend to be funny and questionable even when they're much tougher than with Marden's or Rothko's kind. They really are disposable, ultimately. A culture builds up despite or against the grain of anything either the artist or the promo mechanism surrounding the marketing of the artist, intends as cultural context or cultural explanation."