Life in the Folds, (installation) 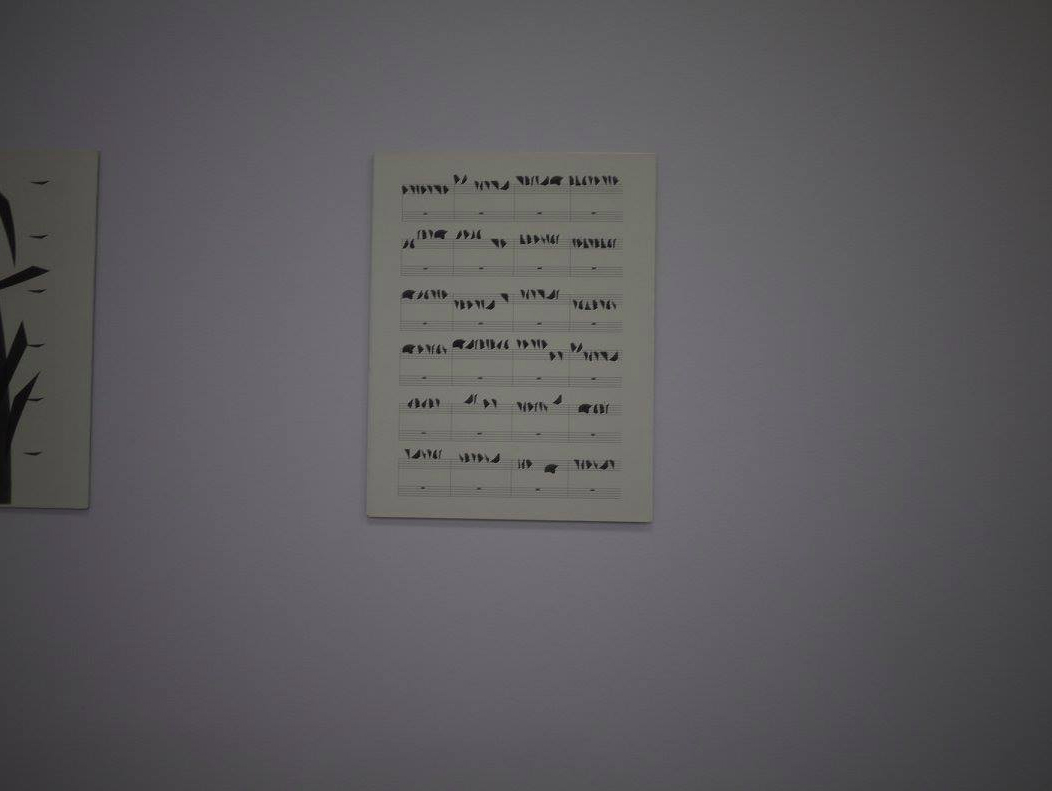 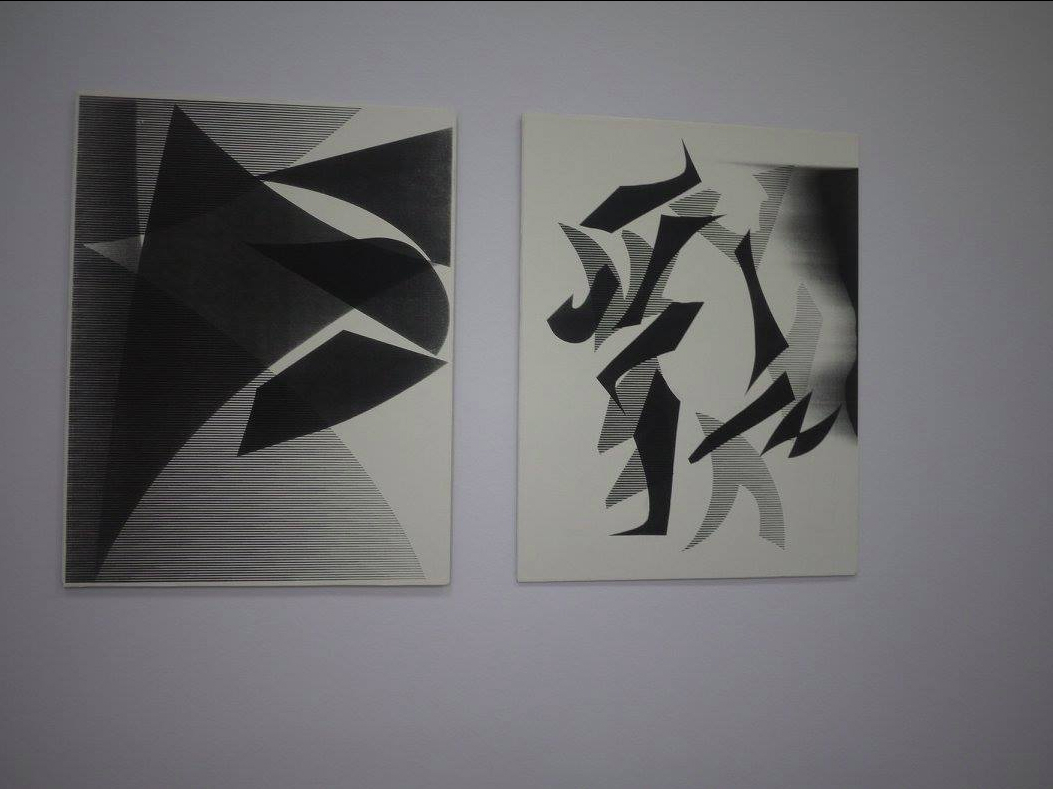 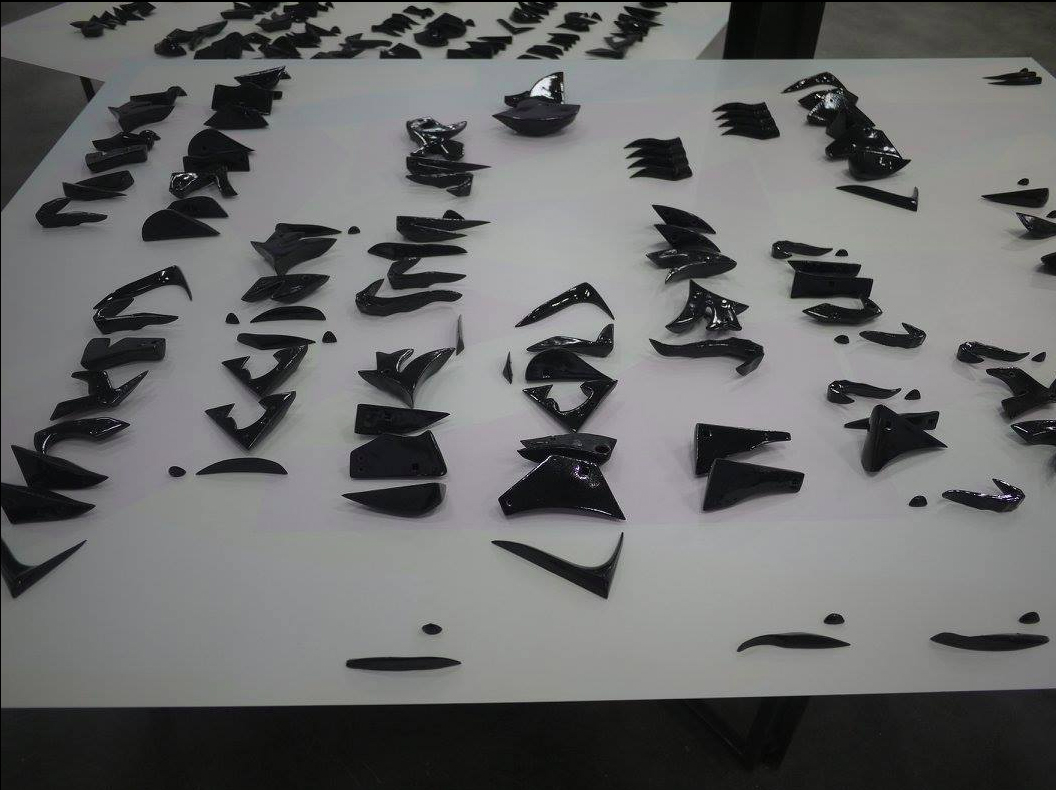 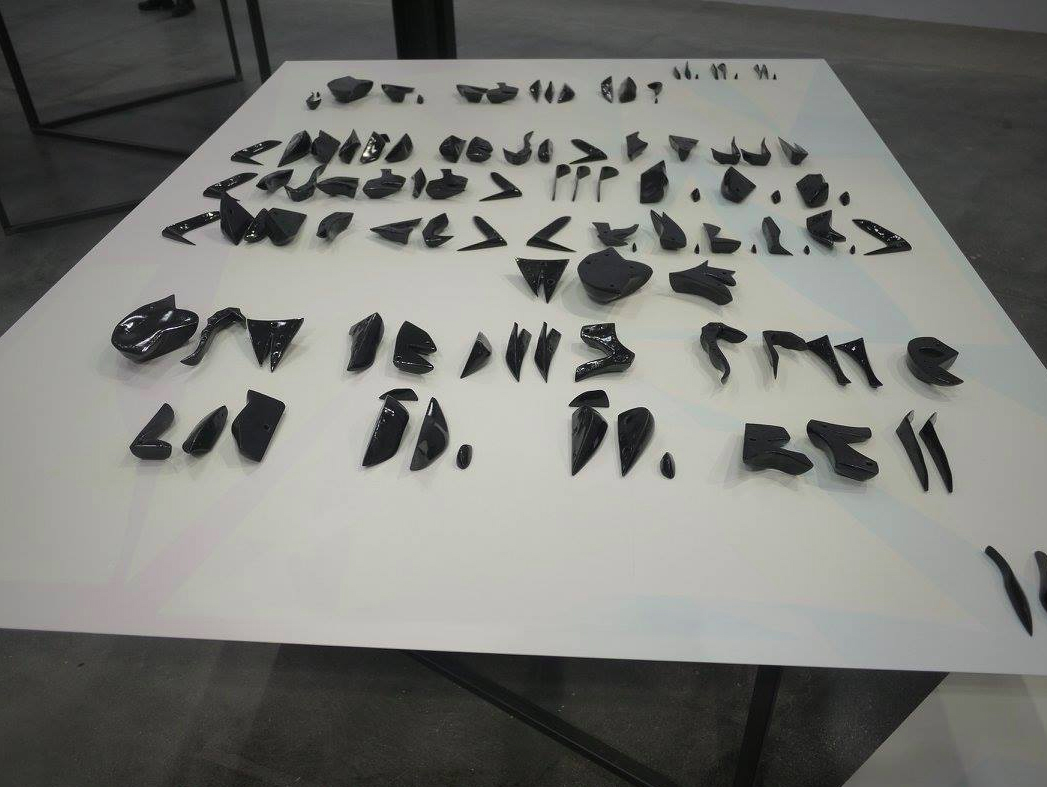 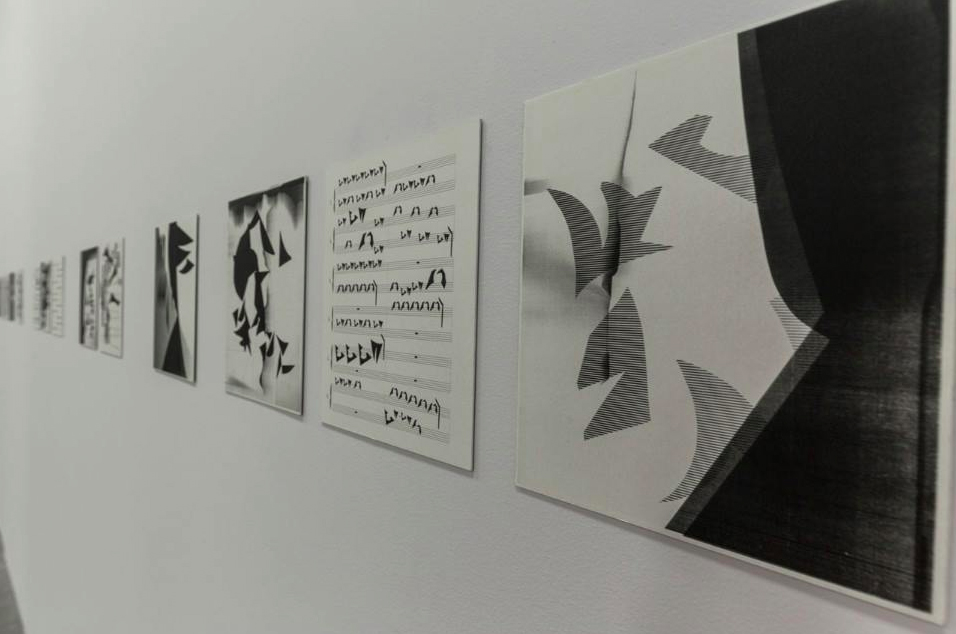 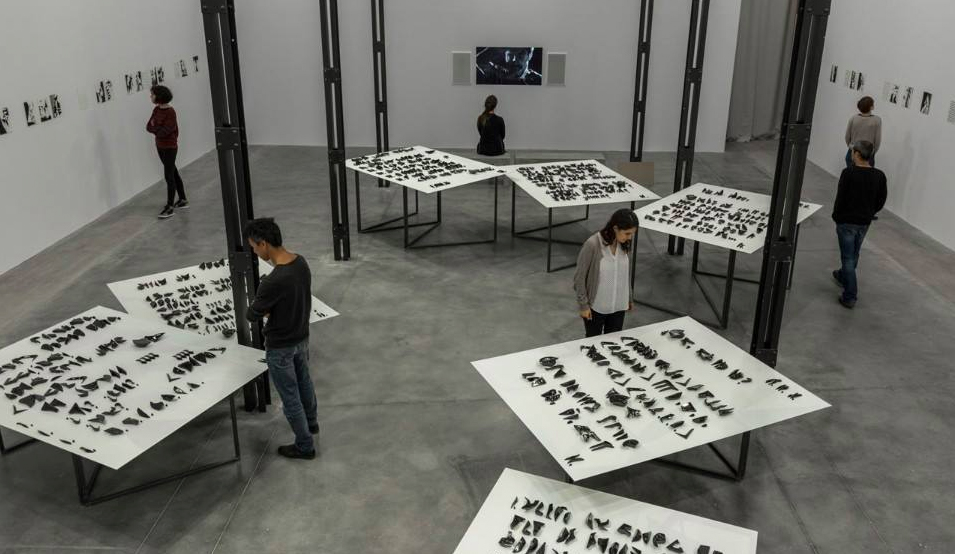 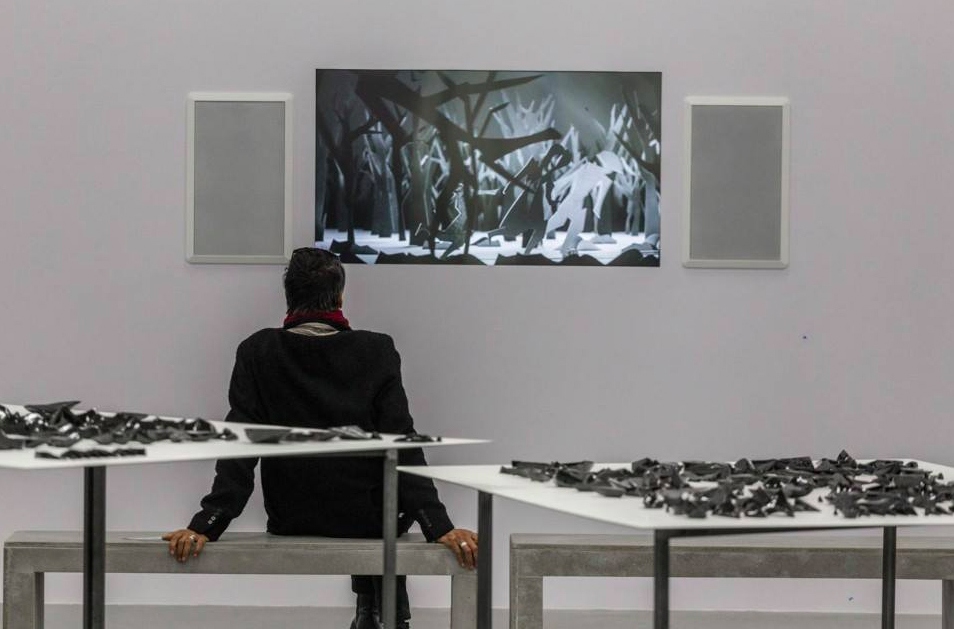 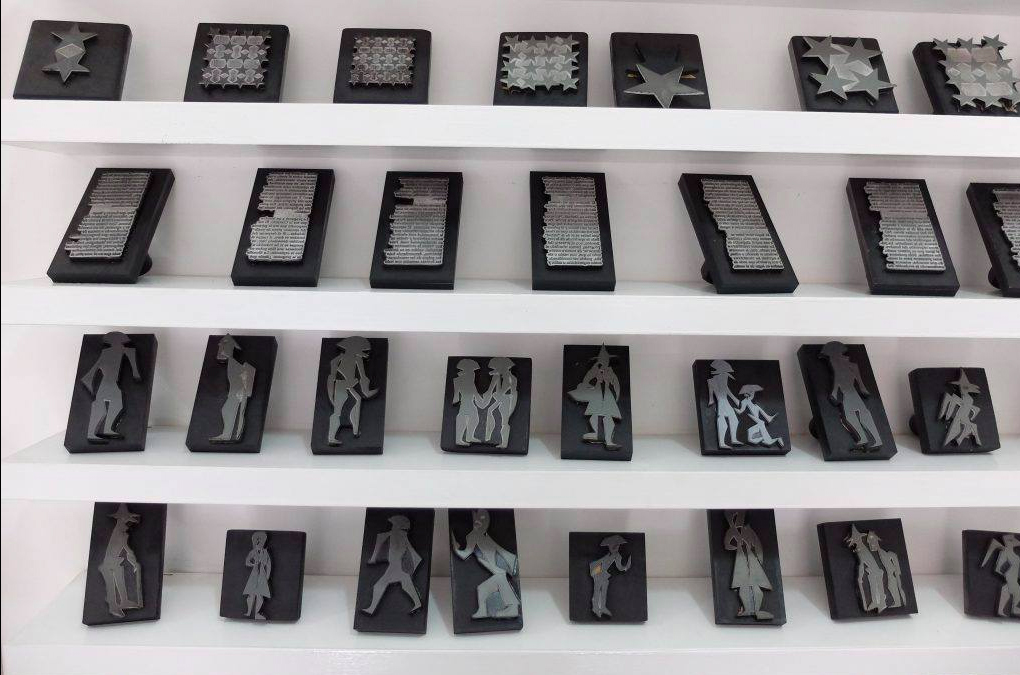 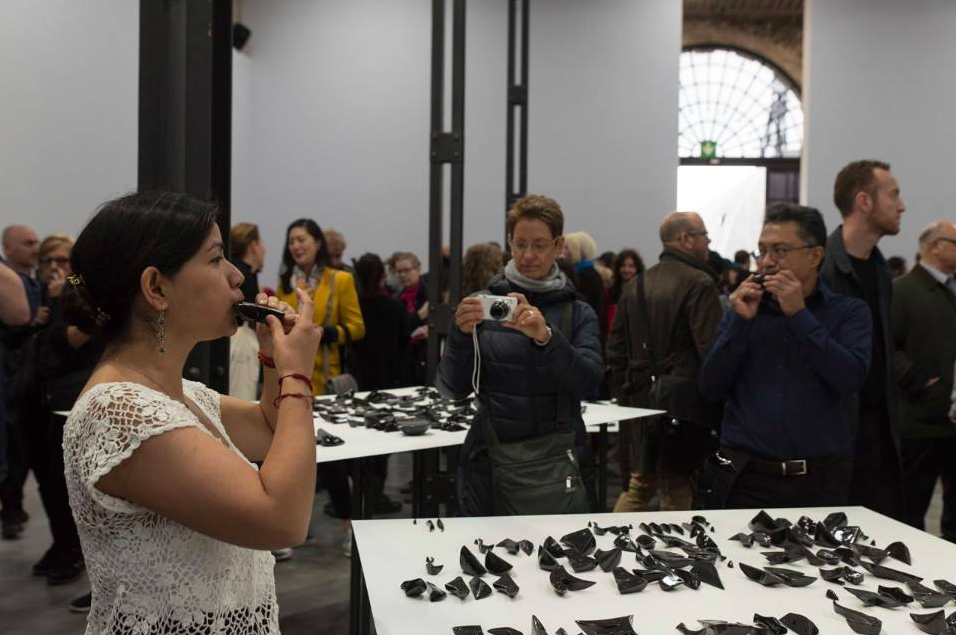 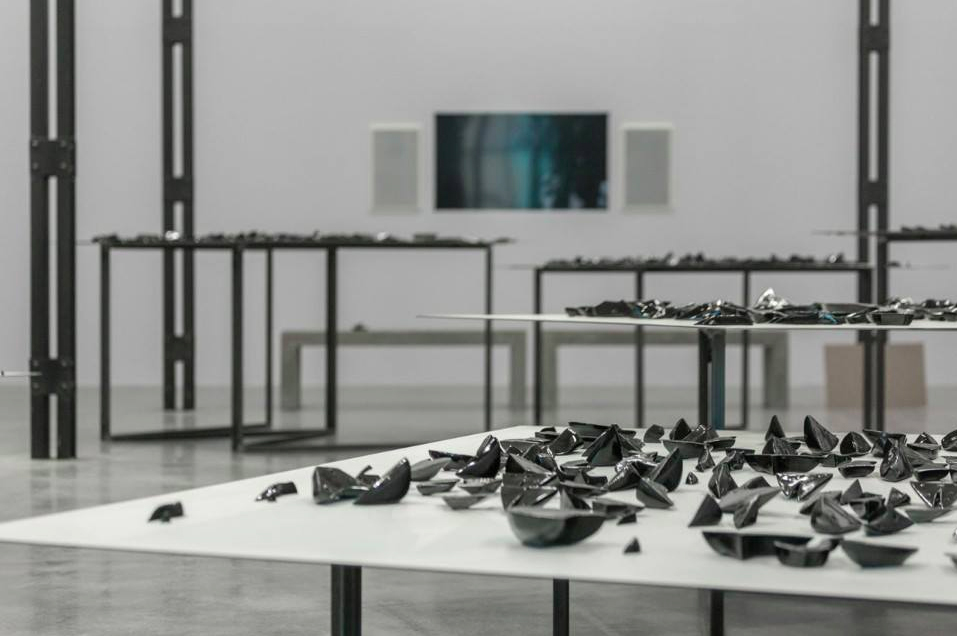 Francesco Scasciamacchia: You are representing Mexico this year in a biennial that has never left its articulation in national pavilions, except in rare cases where some curators or artists reversed this logic, as for instance with the invitation of the Israeli artist Yael Bartana to the Polish Pavilion at the 54th Venice Biennale. Although this discourse of nationalism is recurrent every time one speaks of the Venice Biennale, I think it is extremely useful to address it now, once again, due to the circumstances we are facing here in Mexico after Trump’s election, and in Europe with the violent resurgence of nationalism and the disintegration of the European project. What does this invitation, in a moment in which Mexican nationalism and protectionism seem the “only way out” to escape the effects of Trump’s politics, represent for you? How do you feel? How are you dealing with it?

Carlos Amorales: I did obviously think about it. It is something that you cannot not recognize, cannot dismiss. It is not merely a step further in one’s career. I did have on my side the experience of the national pavilion of the Netherlands in 2003, titled We Are the World, a sort of display of multiculturalism. The curator invited one African artist, one Spanish, two from the Netherlands, and myself to work together on this idea of multiculturalism, which I had thought to be ironic, but that in reality wasn’t. This was one of the first pavilions that wasn’t “properly” national, at least in the Netherlands where they were trying to speak positively about a global World. It was like: “The Netherlands engages with all these immigrants.” I recognize that this time, being a Mexican artist participating in the Mexican pavilion is conflictive; it is different than my previous experience with the Netherlandish one. I am happy because since 2003, a certain way of thinking about my work has changed. These two moments—my participation at the Biennale in 2003 and now—mark a significant transformation. On one hand, the topic you are addressing is relevant. But on the other, I am of Basque origin; my grandfather was French Basque, I have a French passport, and beyond the legal issue of where I am from and to which country I belong, in Mexico I am a güero [a word used in Mexico to refer to people with blond or light brown hair, or a lighter skin color]. Regardless, I identify as Mexican, though at times I feel like I am a Mexican who doesn’t quite fit in. I always felt strange as a Mexican. Because, yes, I am white, but I am not hispano and therefore not part of this Mexican classification between indigenous people and the Spanish. Nevertheless, I was born and raised here. My identity has always put me in a paradoxical and strange position that in a certain way has forced me to return to Mexico. My sensation is that I live in a country that I don’t fully understand, and that I’ve never understood, not even when I was a child. At the same time I have the sensation of living in a country that moves me emotionally, with which I identify. I have always felt like a foreigner here, while at the same I feel Mexican. Let’s say, to come back to your question, I will represent Mexico even though in a certain sense I am the worst person to represent it. It is the same logic that you can find in some of my works. For instance, something interesting about the lucha libre [Mexican wrestling] mask is that it arrived in Mexico via a gringo. Mexicans loved it and started to use it. So, although today it is something that we associate with Mexican culture, in fact it comes from the United States. Same thing with the ocarinas, which are objects I will use for the installation in Venice within the project Life in the Folds. They are pre-Hispanic, but not exclusively from Mexico. All of this is to say that the construction of Mexican identity is very complex; it is not like the Celtics, who by being civilized by the Romans became Europeans. Here the construction of identity is something much more recent; it pertains to interests of specific historical figures who decided to identify with certain things and call them Mexican. I feel very much a part of this paradox, which has also been reflected in my work. It triggers me to build illegible languages, languages that mark this paradox. It is entering into a pavilion and seeing a series of signs that are not created to be understood, so you are left guessing their meaning. This logic speaks of my relationship with Mexico, of my feelings of not understanding it. Yes, I do understand Mexico emotionally, but not conceptually. In my project for the Venice Biennale, there is a move from abstraction to figuration in a film where cardboard puppets, made with the same forms as the abstract alphabet, conflate with the story of a lynching. A family arrives in a preexisting community and is lynched. But the film is not about denouncing lynching in Mexico; it’s a metaphor for justice taken by people in a moment in which the state has ceased to be fully operative.

FS: I suppose, through your research, we come back to the great poles of art historical debate, the poles of contents and forms in art. That is to say, the classical opposition between art as a way of performing knowledge, ideas, or thoughts, and art as an aesthetic object, what we usually refer to as formalism. I am thinking for instance of the debate on modernism between Clement Greenberg and Harold Rosenberg, where the former was claiming an “autonomous art” through aesthetics, and the latter was revenging the place of art as a way of generating ideas about the sensible world. I find it interesting that you are still working on this issue.
CA: Yes, indeed. In the film lynching is a moral issue, but its depiction is also an aesthetic one. It is curious that the only form of depicting this problem between form and content is establishing a drama to play it with puppets. For example, in the pavilion, on one side there will be an abstract painting of colors, and on the opposite side a figurative black-and-white film. A tension between figuration and abstraction. This strategy makes you realize the values of both. I am not taking a position defending one against the other, but rather using both to see what happens when the two collide. It is like alchemy: by transfiguring abstraction, you can talk about something social. This logic breaks the paradigm of an old discussion.

FS: This logic of “breaking the paradigm,” as you mentioned, has dominated all your work, especially when you are touching on “sensitive” issues, like the construction of Mexican identity, or the history of colonialism. Instead of constructing a literal or confrontational critique, it seems that you are transforming the codes of language to avoid being trapped in any preexisting vision of the world. In a sense, it is a way to escape the appropriation of your discourse and/or art into existing ideologies or narratives.

CA: In 2010, I was commissioned to make a piece of institutional critique by a museum of pre-Hispanic art in Mexico that wanted to work with contemporary artists. The curator and I thought of doing a reflection on the way in which this articulation of national identity, in terms of display and contents, was ideological. We organized a series of conferences that led to a text in which the main findings of the investigation were that the museum’s collection of “beautiful” pre-Hispanic objects wasn’t shown in a scientific anthropological display, but rather “theatricalized,” turning those forms into contents themselves. These transcripts— the result of the conferences—were the raw material of a book we wanted to publish highlighting the internal contradictions of the museum, but the institution did not allow the book to be printed. This signaled a turning point in my career. Since I wasn’t allowed to publish the text, I started to think about how I could deal with it beyond legal limitations. I began to explore different ways of publishing texts, and this led me to the idea of encrypting language through typography. You can call this process codification, but it is also a transformation, where an alphabet can be represented by other forms. Of course this strategy can lead you to lose a lot of readers. But in this way one can preserve forbidden texts, so eventually someone might decode them to discuss them. In this way important content won’t be lost and can thus travel through time.
.