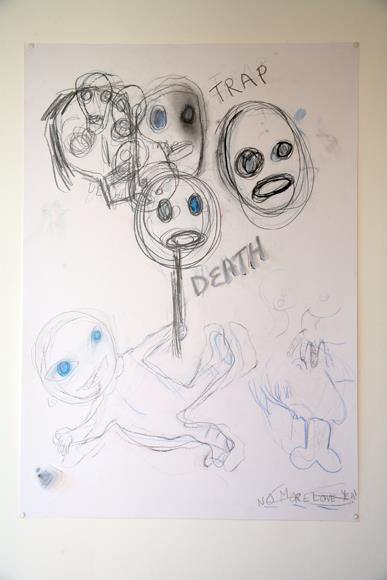 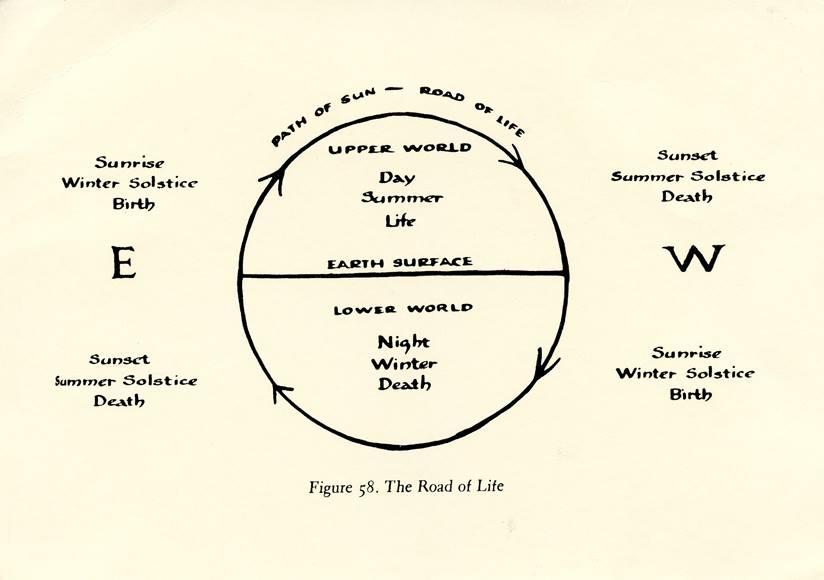 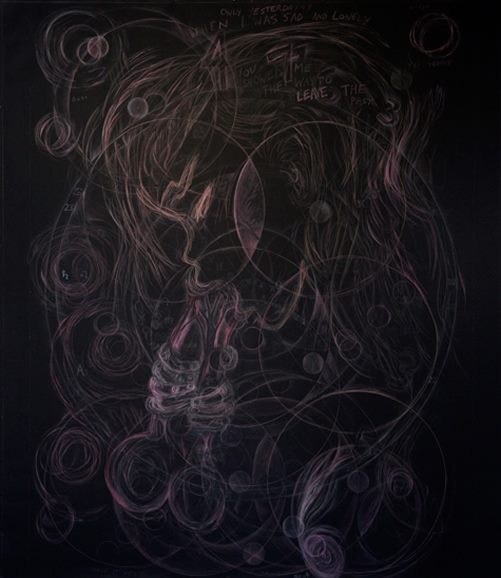 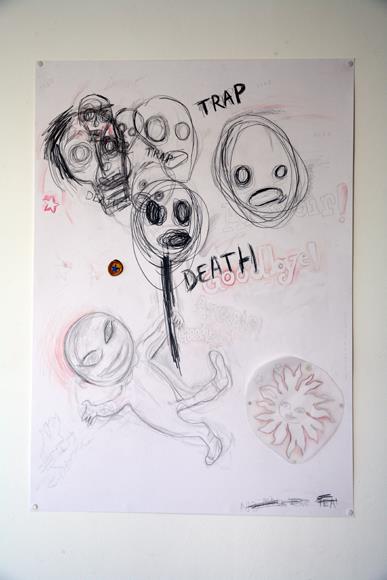 The day was extremely hot. Simone put the saucer on a small bench before me and with her eyes fixed on me she sat down without me being able to see her burning buttocks under the skirt, dipping into the cool milk. The blood shot to my head, and I stood before her awhile, immobile and trembling, as she eyed my stiff cock bulging in my trousers. Then I lay down at her feet without her stirring, and for the first time, I saw her ‘pink and dark’ flesh cooling in the while milk. We remained motionless, both of us equally overwhelmed… Bataille: Story of the Eye: 1928
Love has to be remade like life. It is and always longs to be kept as marvellous’ Andre Breton: Mad Love: 1937
1000000 mph project space is pleased to present new drawings by Ellen Cantor. Using heavy, black, backdrop paper to make an elaborate, large scale drawing, featuring a life chart interlocked with explicitly erotic imagery, Ellen’s drawings have a dream like state of consciousness. Encompassing connections to the physical and spiritual world they are like memory linking events in an invisible chain. Much like in surrealism Ellen’s work draws attention to symbols and motifs in an absence of complete representation. In apparent excess, desire and its discontents are laid bare in pictures telling stories both personal and sometimes on a grand mythological scale.
On meeting Ellen I tell her that elements of her work remind me of Bernini’s The Ecstasy of St Theresa, where a woman is depicted in a rapture with god. Ellen replies that while her work is not about sex per se most cultures regard sex as a spiritual union. I was thinking about the simplicity and sophistication of this: the long untangling of sex as a cultural construct in western thinking; Foucault’s history of sexuality, entitled ‘We Other Victorians’; Freud’s ‘upper and lower body’ and disentanglement of desire from sex; of bodies literally littered with sex as a grand signifying system in late capitalism. Feminisms politicisation of sex, the personal is political….In one of Ellen’s films (1995) ‘Madams Bovary’s Revenge’, faces are shown kissing in a classic love scene and are cut with genitalia from a porn film, uniting love, emotional, spiritual and physical. Her heroines too overcome loss, damage, and dependence and are active in love and life.
While her work does deal with the personal, political and uses popular culture, like Barbie or Bambi, it is not confessional. While censorship is always political, sex is never only sex and here it acts as a metaphor and not merely as direct representation. Ellen’s use of porn images are like cuts in the paper or gasps of breath and emotion in the narrative of the story. Sometimes Ellen’s drawings seem like a system of shifting representation drawing attention to the surface while asking us to probe beyond.
Ellen’s characters and stories are raw, emotional, crude and passionate but the paper is worked on with tender lines and soft hues. Above all the possibilities for uniting the sacred and profane, the mind and the body are evident in her drawings, elegant, and deepened with love.

Can a blow job be a religious experience, and if so, for whom? The dictionary specifies that the word is "usu. considered vulgar"--and the same might be considered true of the act itself--but perhaps that's all to the better, since abasement and transcendence tend to function hand in hand. But the work of Ellen Cantor suggests that the question could be rephrased: Is a blow job even possible? The motif has been recurrent in Cantor's drawings, yet she has arguably never depicted it as anything other than imaginary, a fever dream.
Look at any of her drawings in which the act is shown--Path of Sun-Road of Life, 2006, the wall-size work on black paper that is the centerpiece of the latest exhibition by this London-based American is merely the largest of them--and you'll notice that between the cock and the woman's head there is some representational disjunction; they do not quite correspond in pictorial space. Even the method of drawing is likely to be different. The woman's face will be a flurry of approximations, its contours and surfaces adumbrated with a multitude of feathery strokes, delicate almost to the point of indeterminacy; the male organ, though likewise portrayed by means of multiple lines, will on the contrary be limned with a firm hand. Despite the vivid evocation of the woman's fingers' tension in grasping, her lips' in sucking, one has the sense that there is no real contact. Her eyes are closed; she has withdrawn to an inner distance. "There is no sexual relation": The Lacanian dictum finds confirmation here, but precisely this absence of relation becomes an occasion of ecstasy.
As this recurrent image appears in Path of Sun--Road of Life, it is overlain with overlapping circles, as if the resonating of the act, or of its implications, were welling up with such intensity as to drown out the image itself. As the contemporary German philosopher Martin Seel put it in his Aesthetics of Appearing (2000), this resonating marks "an encounter with formless reality," and "all interest in resonating stems from pleasure in self-surrender." Woven into the reverberating texture of this echoing space, one finds little astrological symbols, along with inscriptions like YOU SHOWED ME THE WAY TO LEAVE THE PAST and ONLY YESTERDAY WHEN I WAS SAD AND LONELY. The relationship of these words to the imagery they embroider is ambiguous, because they point to a story with a before and after, whereas everything else in the drawing tends to arrest any narrative dimension in the flux of the moment.
Yet the smaller (and earlier) drawings that accompany Path of Sun--Road of Life point to this "sad and lonely" yesterday. Simon Says: draw a picture that is so embarrassing that you will never show it--then show it, 2004, may not live up to the extremism of its title, but its mimesis of moaning self-pity through its creepy clown-and-snowman imagery and phrases like NO MONEY, NO SEX, NO HOPE, and NO CHILDREN written on collaged-on bits of paper with crossed-out sailing ships comes close. However, there is enough humor, critical distance, and, above all, visual nuance at work to keep the yuck factor at bay. These drawings may run the gamut from depressing to exalting, but their diaristic appearance and blatant indulgence in unacceptably saccharine romanticism mixed with crude sexuality is counterpointed by a coolly diagnostic eye.