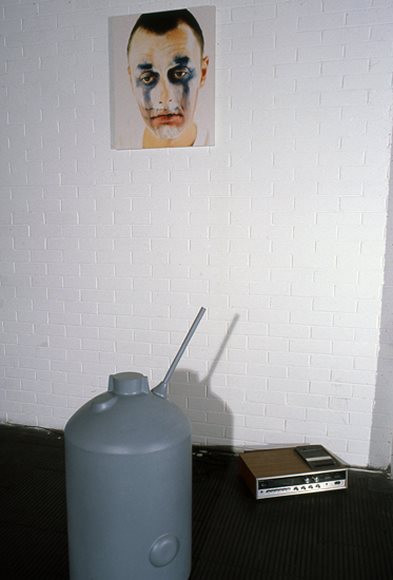 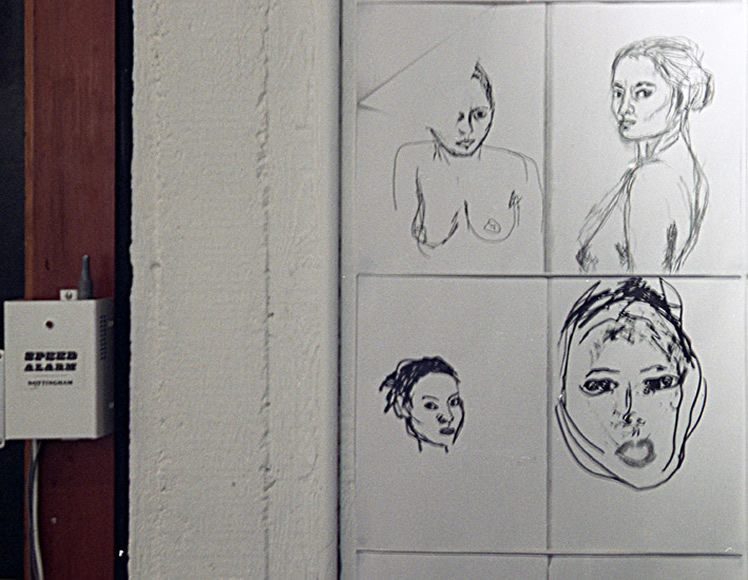 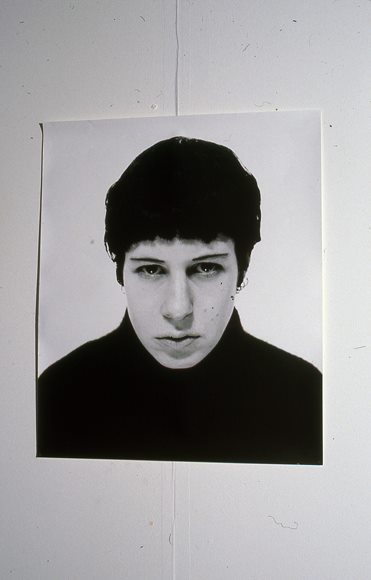 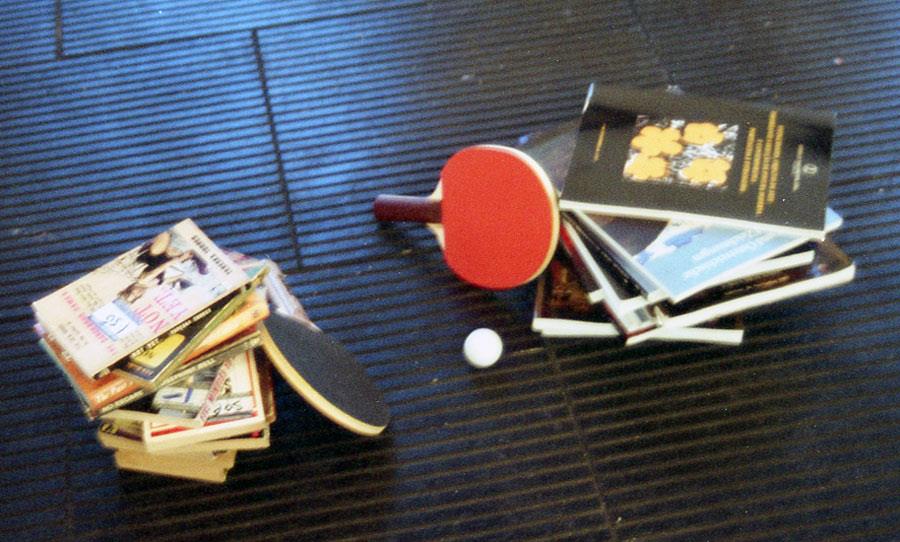 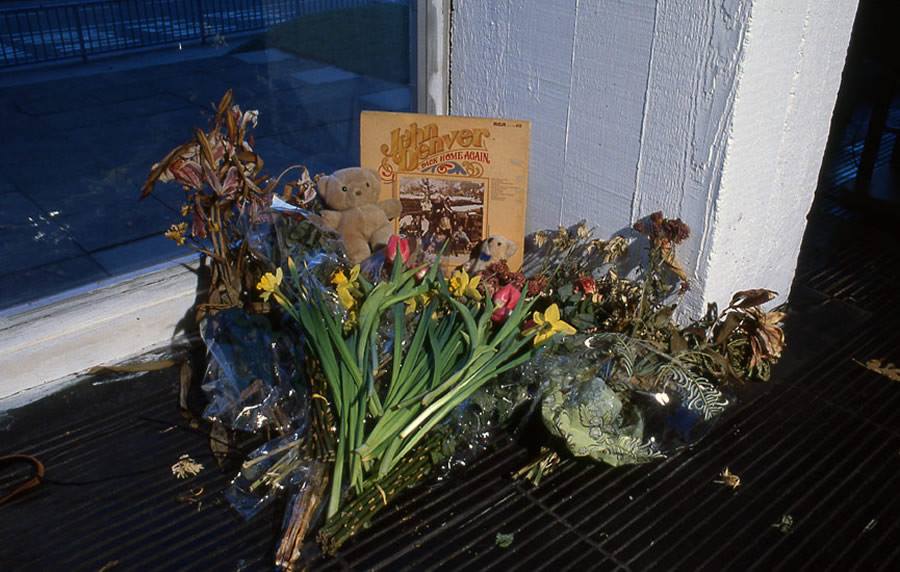 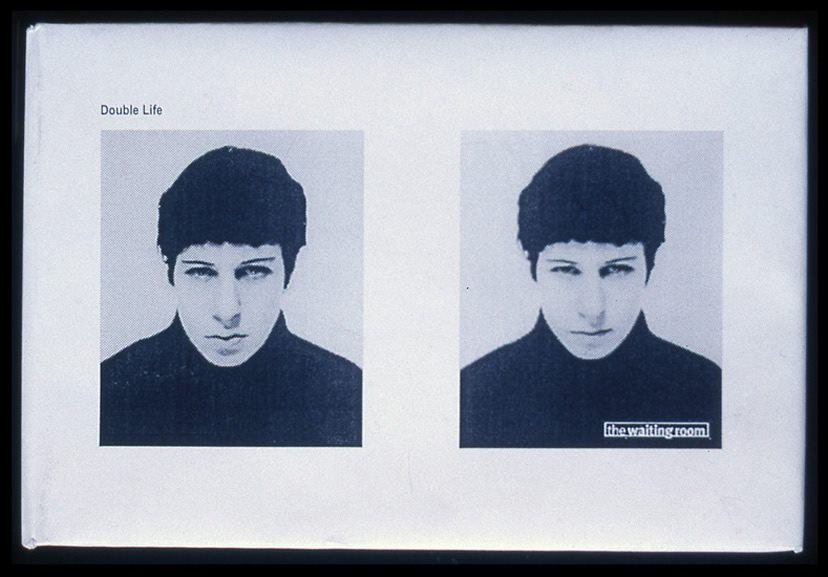 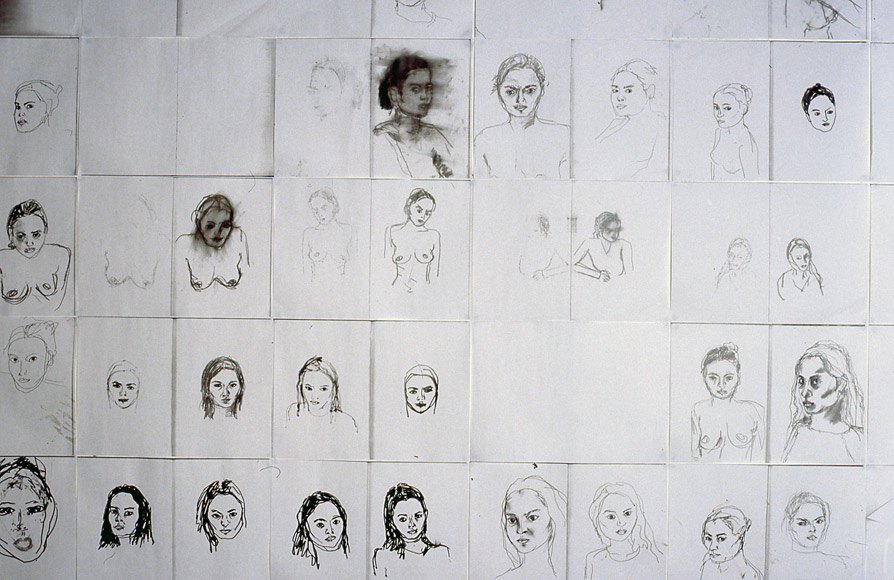 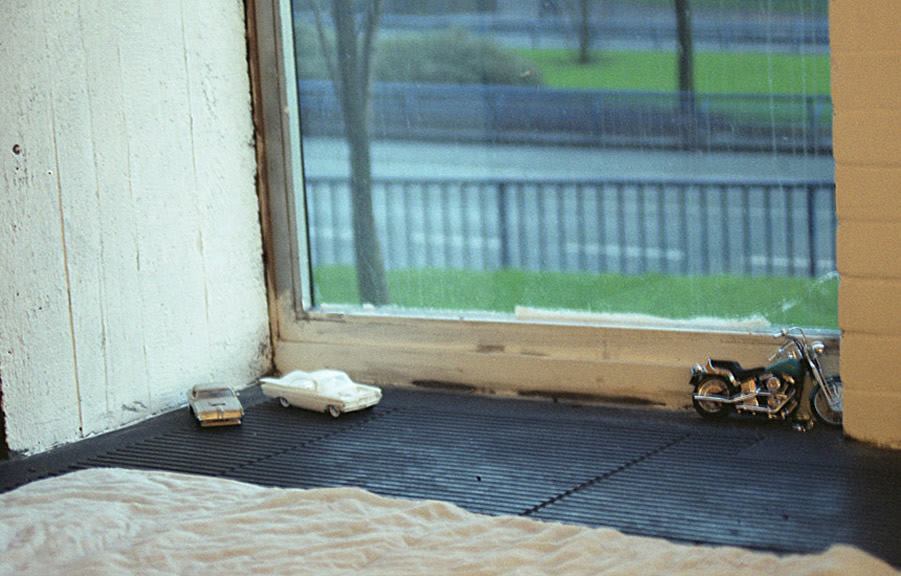 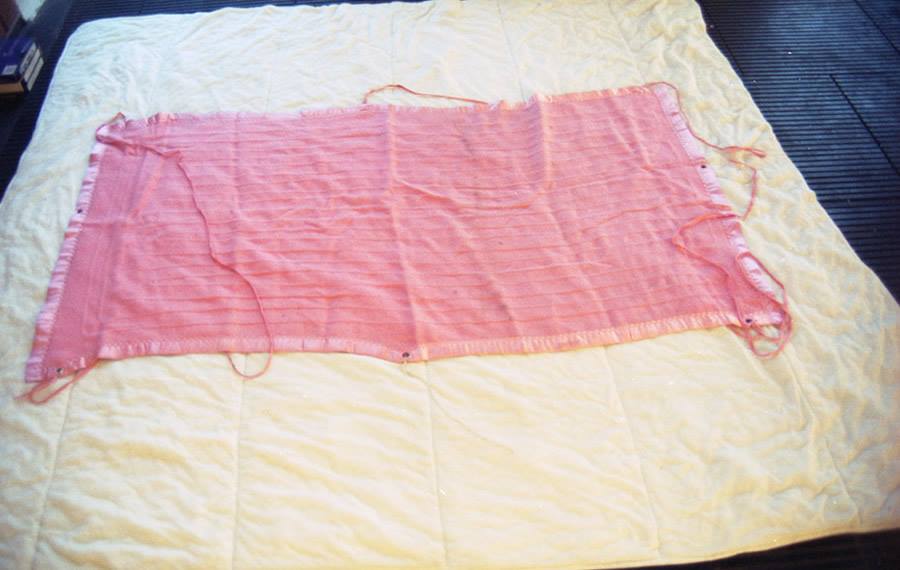 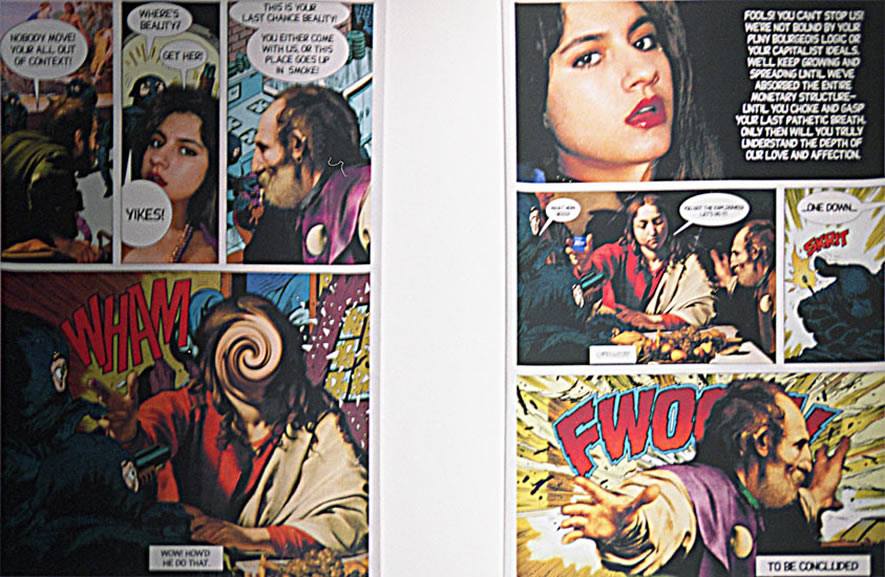 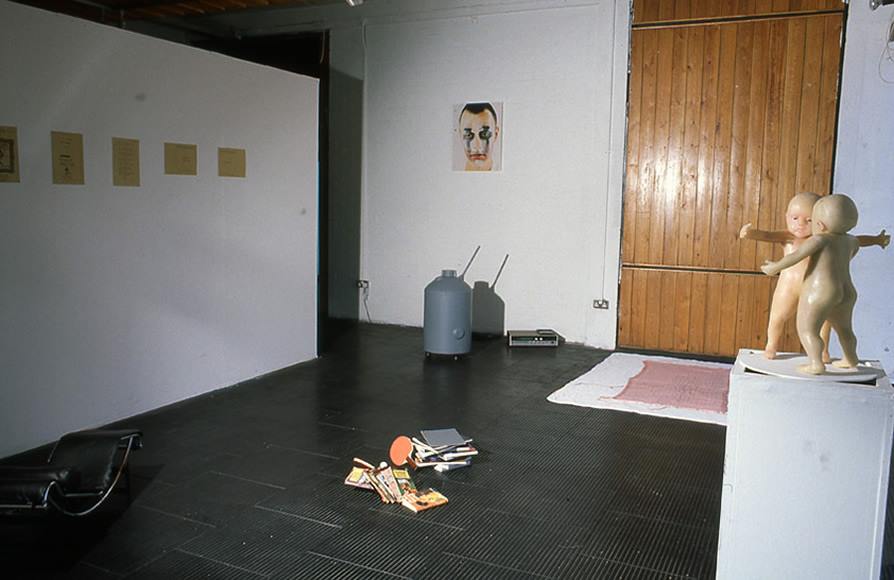 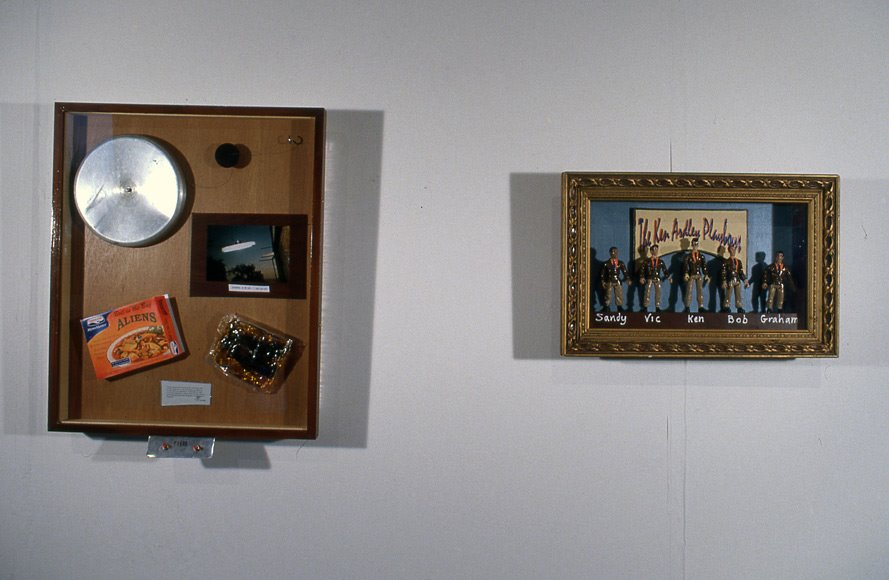 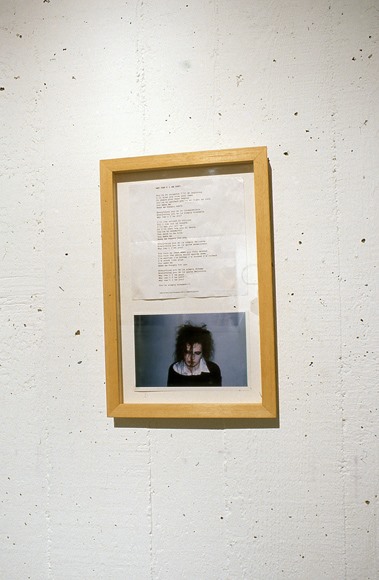 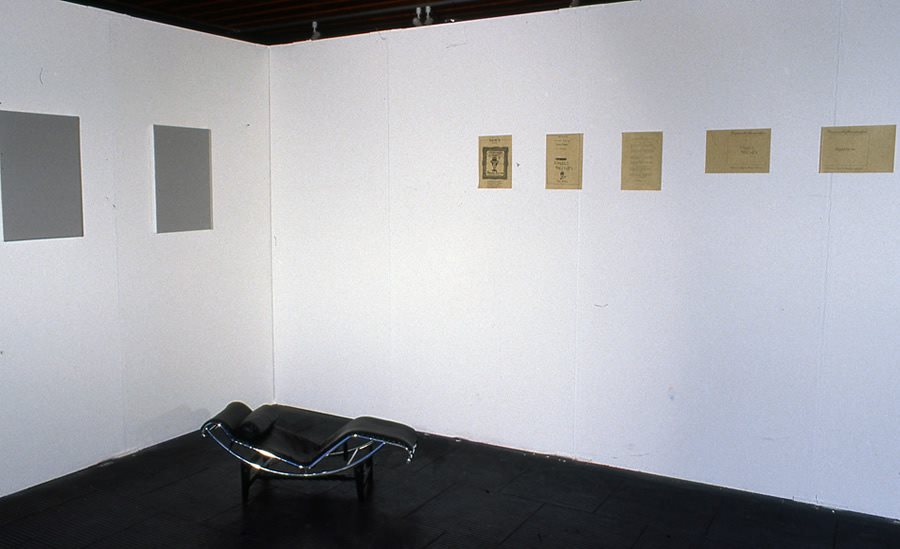 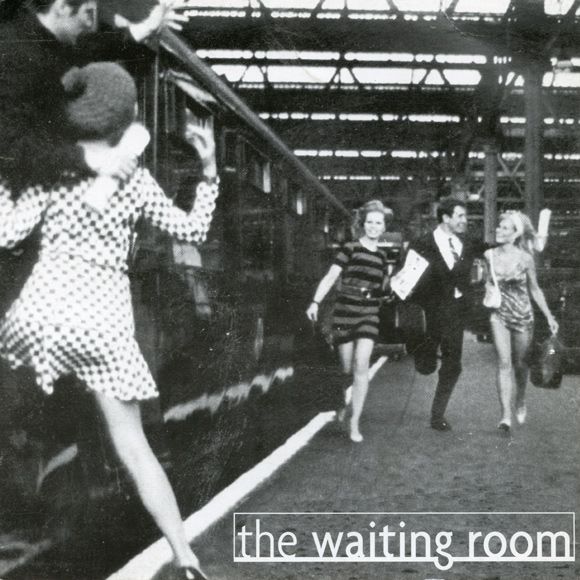 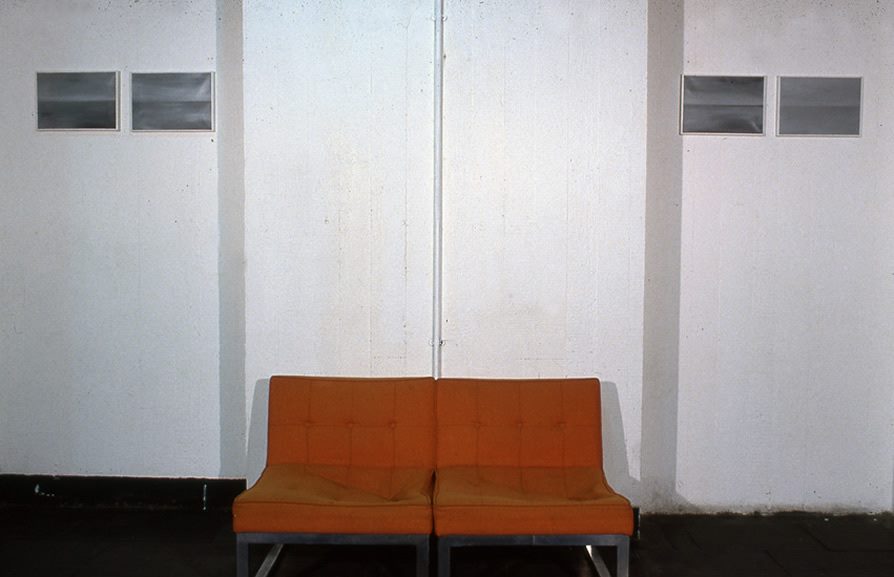 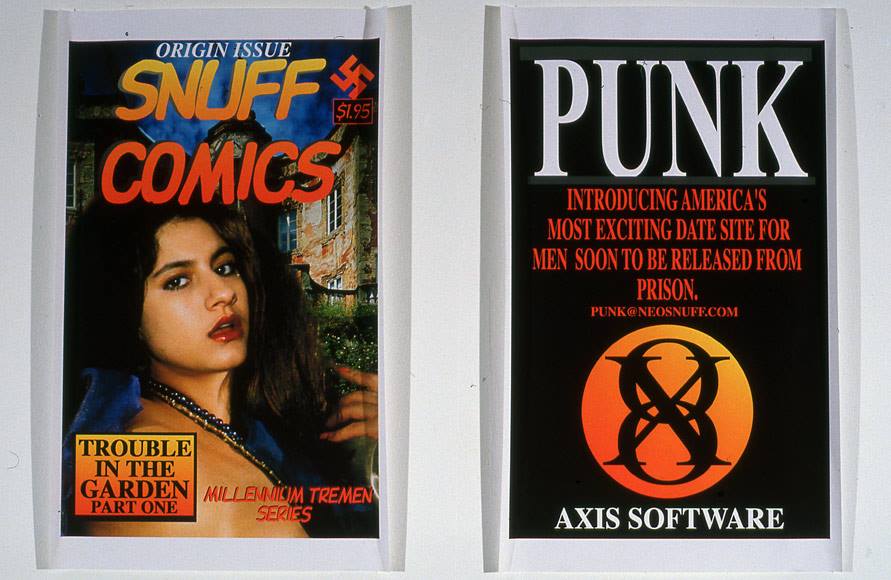 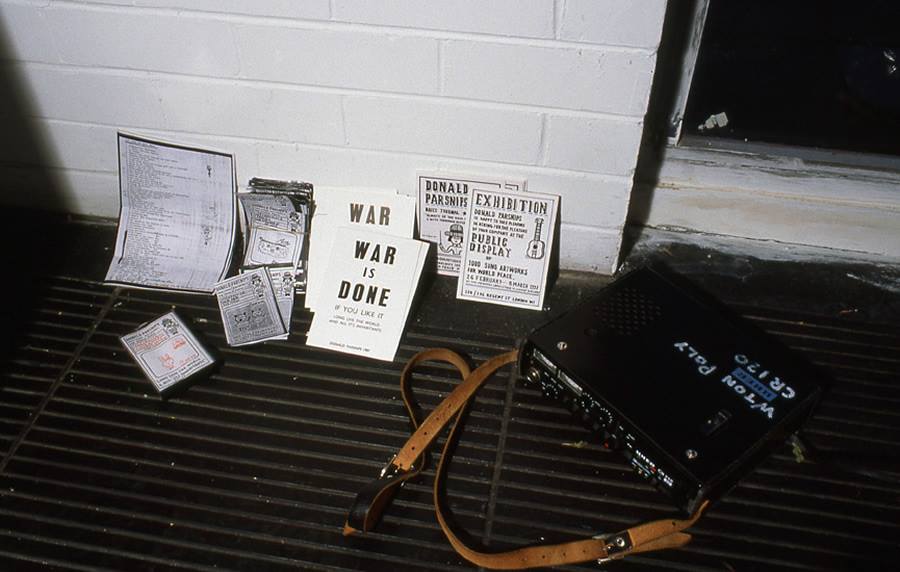 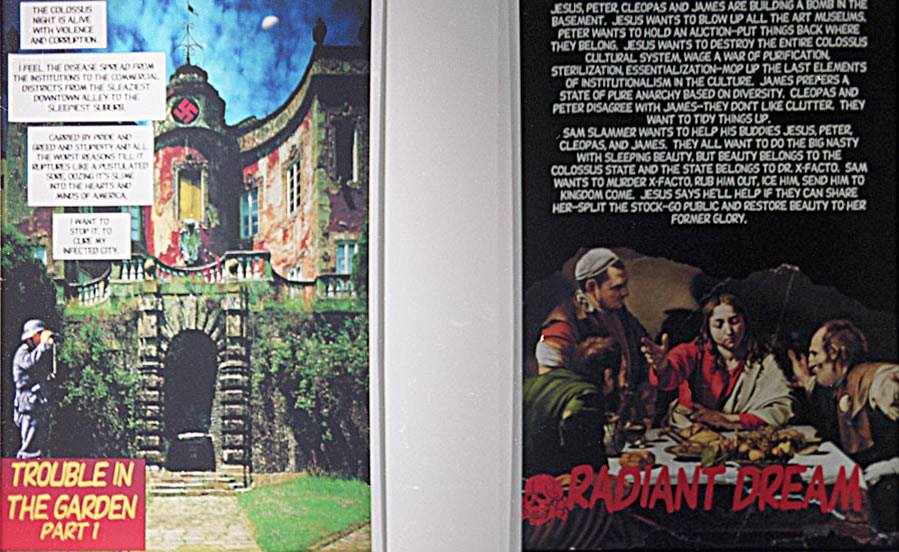 DOUBLE LIFE at the waiting room, a new exhibition space for contemporary art, veneered ceilings, concrete patios, 70’s brutalism, that only adds to the mix of trashed – out, bad techno, schiz – analysis that the new British art of the late 90’s represents. In these words desire is given back at a cost, its symbolic order at zero point. The face in the mirror stares back, the voice issuing from the mouth speaks back. What is accepted is neither our own or another’s. A double movement, that Godard had once related to cinema, which projects us toward others while taking us inside ourselves, is now physically disrupted. That art of this time is measured by the ‘subject that has no subject’ at critical mass. We find ourselves exploded in one movement, fired far from Godard’s ethic: Ce n’est pas une image juste, c’est juste une image’. In the other, we are imploded further into it

In the space between signifier and signified, producer becomes the produced who rivals the sensation and origin of its subject. As auratic unoriginal or ‘double’ this object is the protagonist of hysterical public fantasy, a missionary of indefinition, ambivalent even to its own extant producing life. By disgorging reality of double life we re evoke Godard’s cinematic image, reminded by the artists in DOUBLE LIFE that one must still attempt to live, to not confuse the mimetic end with the means.

Flag organisation's 'sad bastard' was a direct response to the gallery space ' the waiting room'.
The brick, concrete and veneered wood of 70's architecture, reminders of things once aspirational, optimistically new and modem, now forgotten, faded and failed. Reclaimed now as 'retro', nostalgic and melancholic, a kind of history. The single pink electric blanket seems pathetic, lonely and single, floating in the middle of the double white duvet, with its' silky ribbons that don't reach the edge or tuck in. Insecure and child like, outgrown like the sad closet one person activities of model making and porn movies. Repetitive and reassuring but rather private. Solitary. The model Harley Davidson and Cadillac speak of dreams mastered in magical plastic resemblance but sit in miniature at the foot of a floor length window, opening the private, primal scene to a ring road of real cars of nineties shapes and sizes. Sad bastard speaks shamefully and uncertainly of the desire to be grown up but still get into Mum and Dad's bed. Grown up but never enough.... Double Li