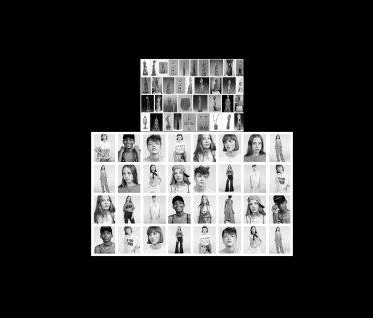 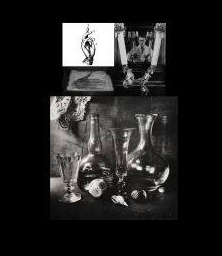 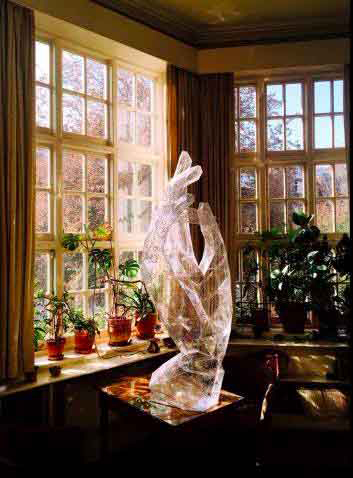 In the final scene of Lindsay Anderson’s 1982 film Britannia Hospital the protagonist Professor Millar reveals his plans for the future of humanity. As the culmination to his apocalyptic vision of a future of overpopulation and environmental destruction, he unveils his solution: ‘Genesis’, a luminous pyramid-shaped super computer containing a huge pulsating brain, onto which he intends to upload the entire human race.

The cinema screen fades to black; the computer appears to have malfunctioned, stuttering to a halt, so in the film we don’t hear Prince Hamlet’s concluding line:â€¨“The beauty of the world! The paragon of animals! And yet to me, what is this quintessence of dust?”

Toby Ziegler’s exhibition at the Freud Museum takes its title from the final speech of the film, and the series of sculptural and digital interventions which it weaves into the fabric of the collection suggest a similar ambivalence. Focussing on the hand as motif, these interventions act as props in a mise-en-scene which, while looking forward to a mechanically and digitally enhanced future for the human body, nonetheless insist on its material, analogue, fleshly reality. As the hand-held screen becomes ever more like an extension of the human body, and the chip and the hard drive repositories for our memories, we are projected into intangible spaces. And yet our physicality wrests us back from the virtual to the real, and it is through our hands, the organ of interface between the two, that this return is effected. Ziegler’s new works are similarly hybrid, poised between a virtual, imagined future fast becoming reality and a corporeal present; a representation of the human form with its roots in the traditions of antiquity.

In Freud’s study, Ziegler places several iterations of the same form, derived from a fragment of the Colossus of Constantine, a giant hand with a pointing index finger. Facetted, polygonal versions of the hand made of clear perspex and thin aluminium betray their origins in 3D modelling software, while coiled clay versions seem to echo the logic of 3D printing. The same form is made, dismantled and remade again, oscillating between digital and manual forms of production.

Elsewhere, two sculptures fabricated in facetted riveted Perspex suggest other points of reference. Illuminated by a huge bay window, ‘Martyrdom in the Swinging Sixties’, is a five foot high sculpture of the Christogram, the hand of Christ spelling out his own name, its plinth the table on the landing where Freud often wrote. On Anna Freud’s bed rests a sculpture titled 'Self-portrait as a Klein bottle'. The Klein bottle is a paradoxical geometric form, a one sided surface (like a mobius strip), with no clear boundary between interior and exterior. It appears as both male and female.

Upstairs a video created using Google’s reverse image search is installed on two facing screens. One displays a slowly shifting sequence of images: 15 eclectic representations of the hand, including Napoleon’s sceptre ‘The Hand of Justice’, a design for a futuristic prosthetic arm said to outperform the real thing and the dismembered hand from Evil Dead 2 which is reanimated and attempts to kill its former owner. These images have been pasted into an online ‘similar image search’ and each one yields dramatically different results. As the images of hands on the first screen slowly rotate, a second screen displays the corresponding ‘similar images’ like a sort of visual Chinese whispers, depicting a plethora of rapidly oscillating subjects ranging from Robert Rauschenberg’s tender portraits of Cy Twombly to catalogue photos of frying pans.

For several years Ziegler’s work has been characterized by an investigation into the ways that images and objects accumulate and shed narratives, and Freud’s collection of antiquities could be seen to epitomise this. It’s easy to assume that Freud collected artefacts - statues of Egyptian, Indian, Greek and Roman gods, fertility symbols and phalluses - as symbols of specific human drives, but they must have gradually become familiar ornaments, absorbed into their environment; for his patients they must have had completely different associations again, sometimes functioning as triggers in their analysis. The works in this exhibition, though in situ for only a short time, imagine themselves as analogous to this process of absorption.