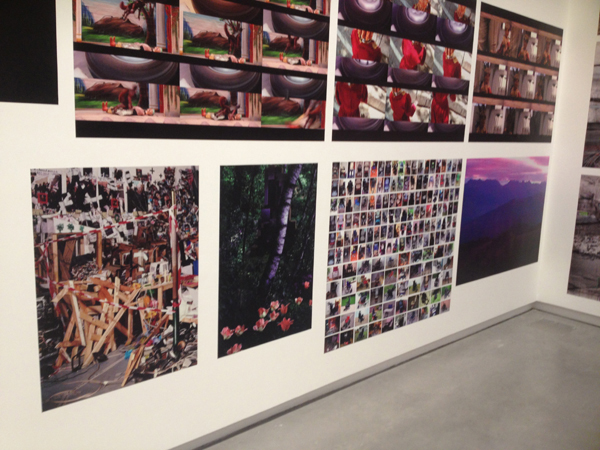 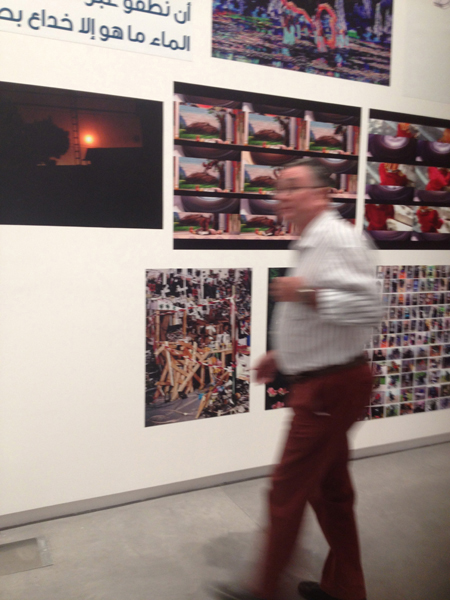 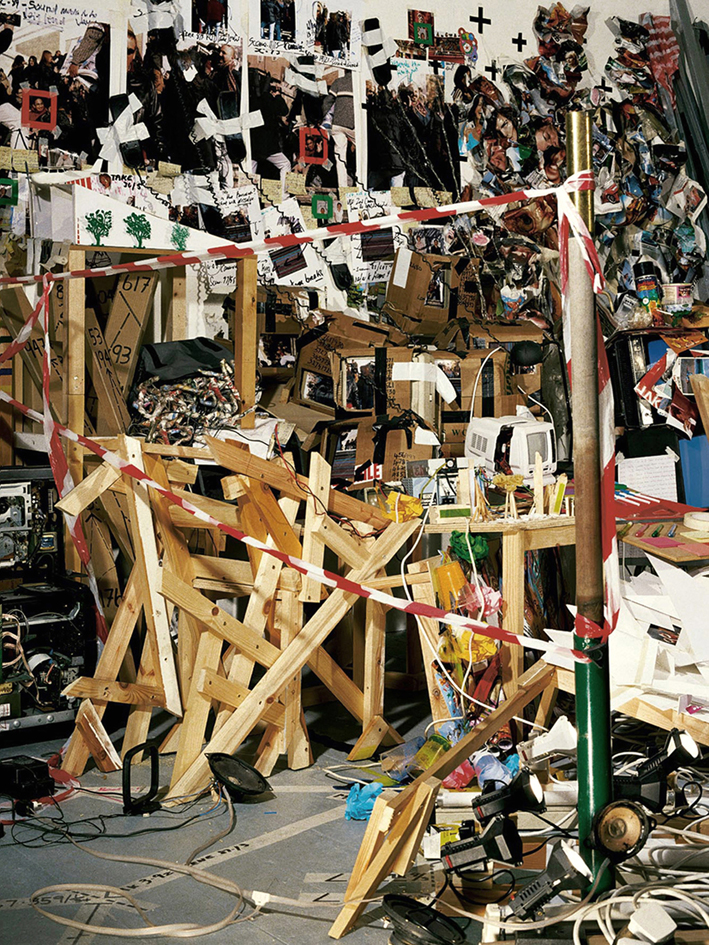 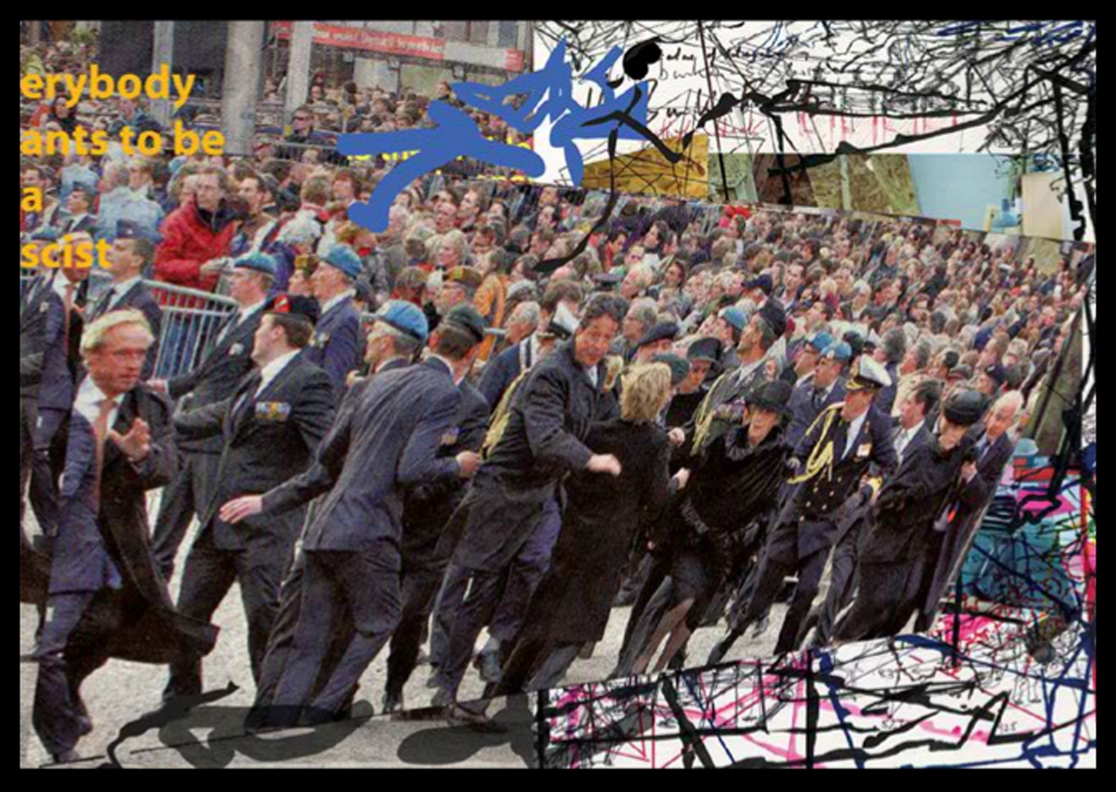 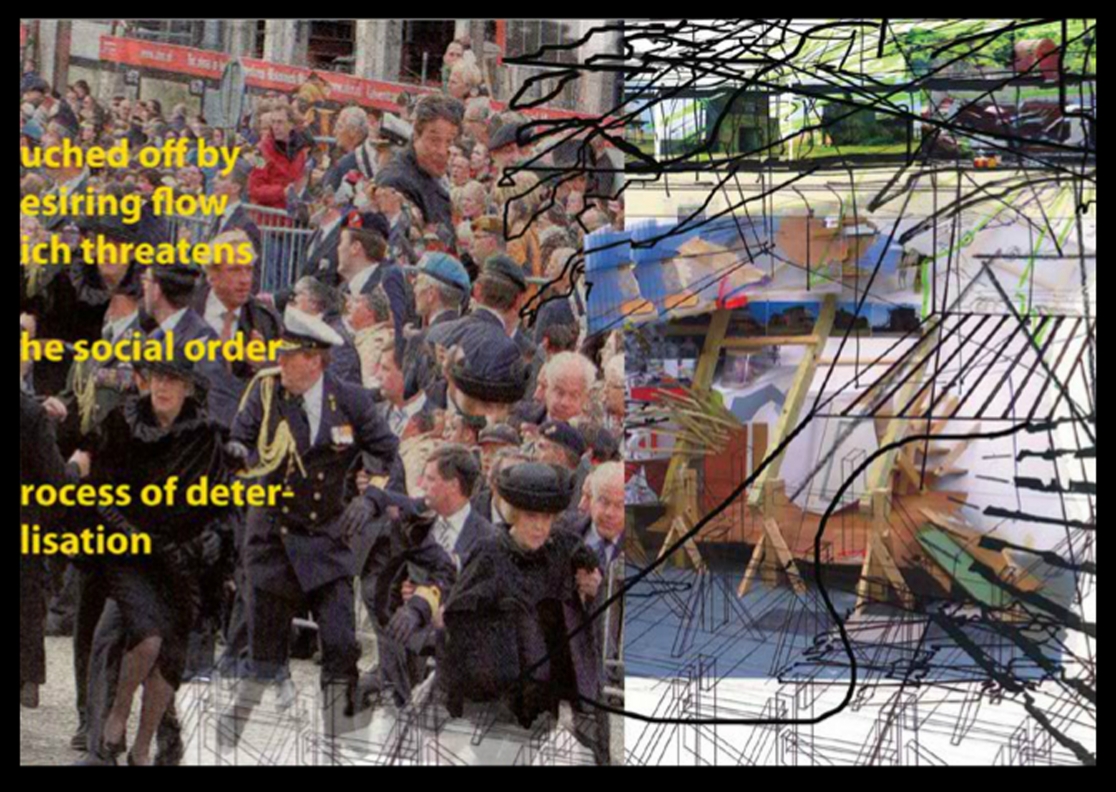 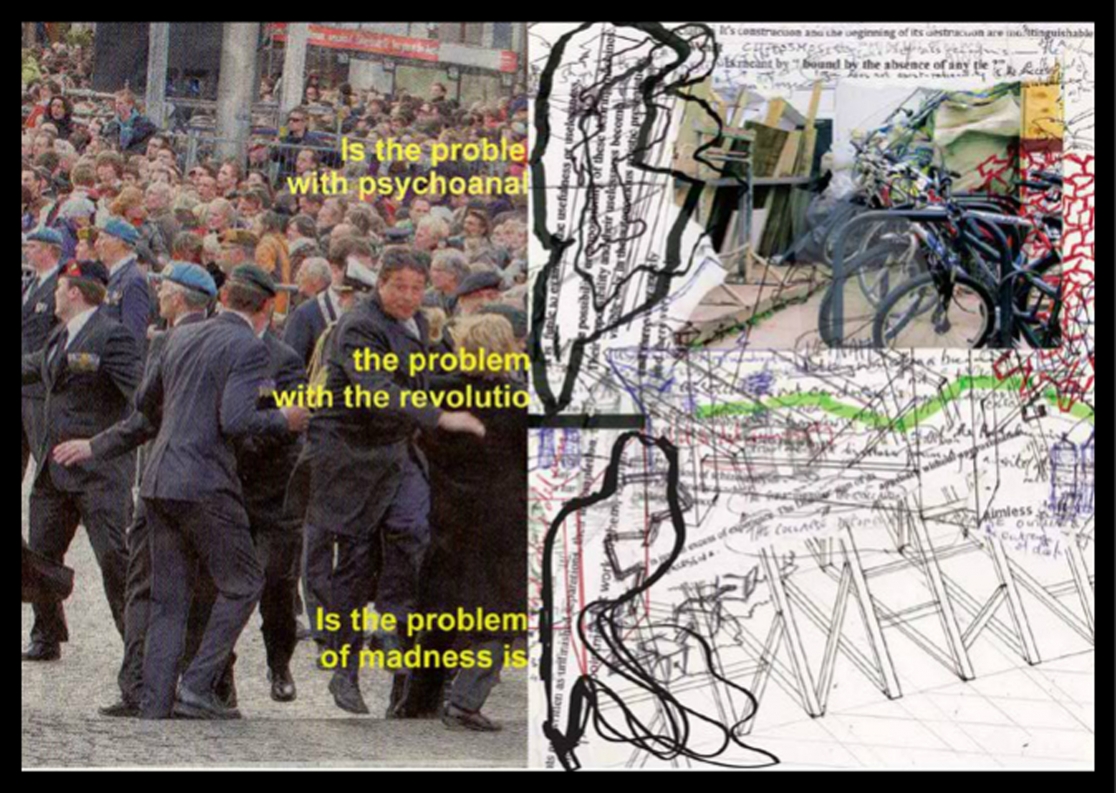 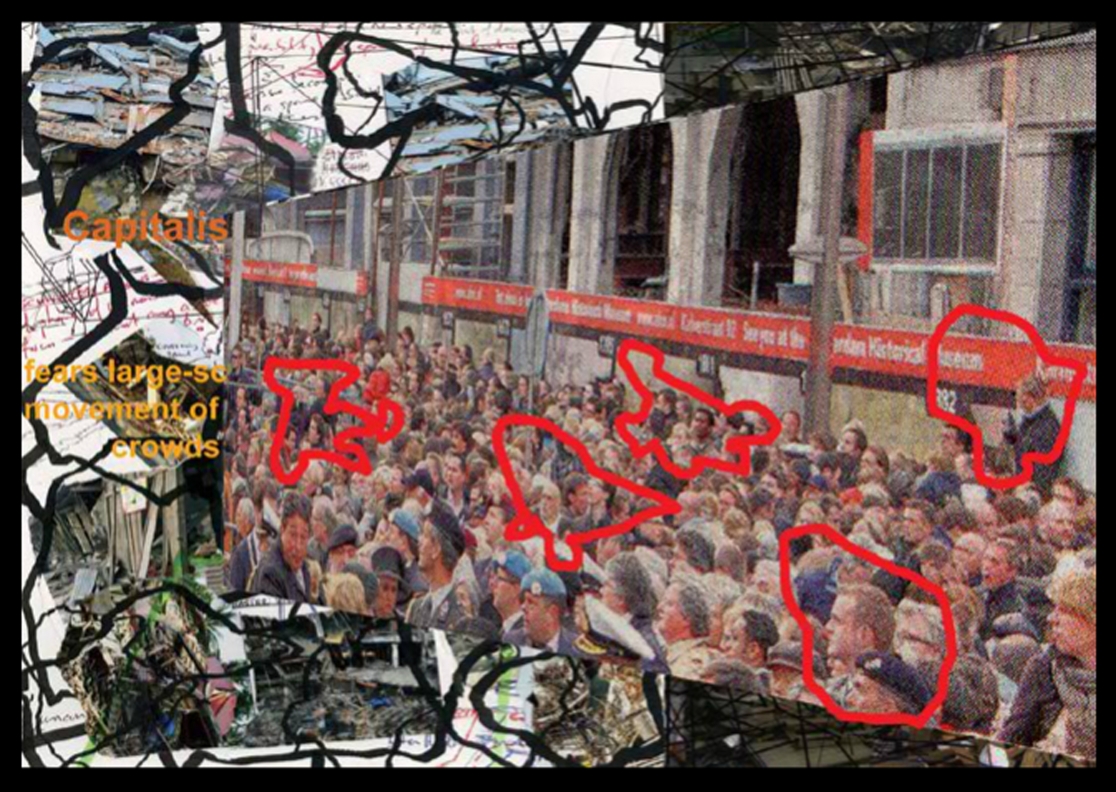 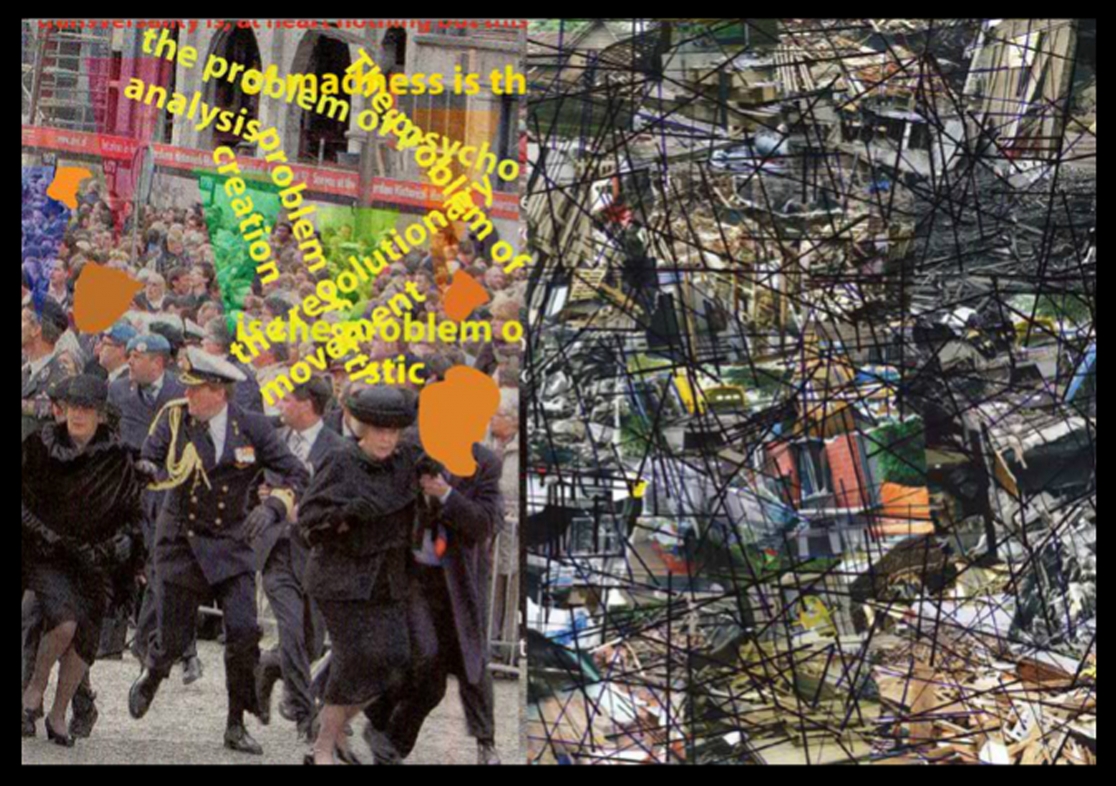 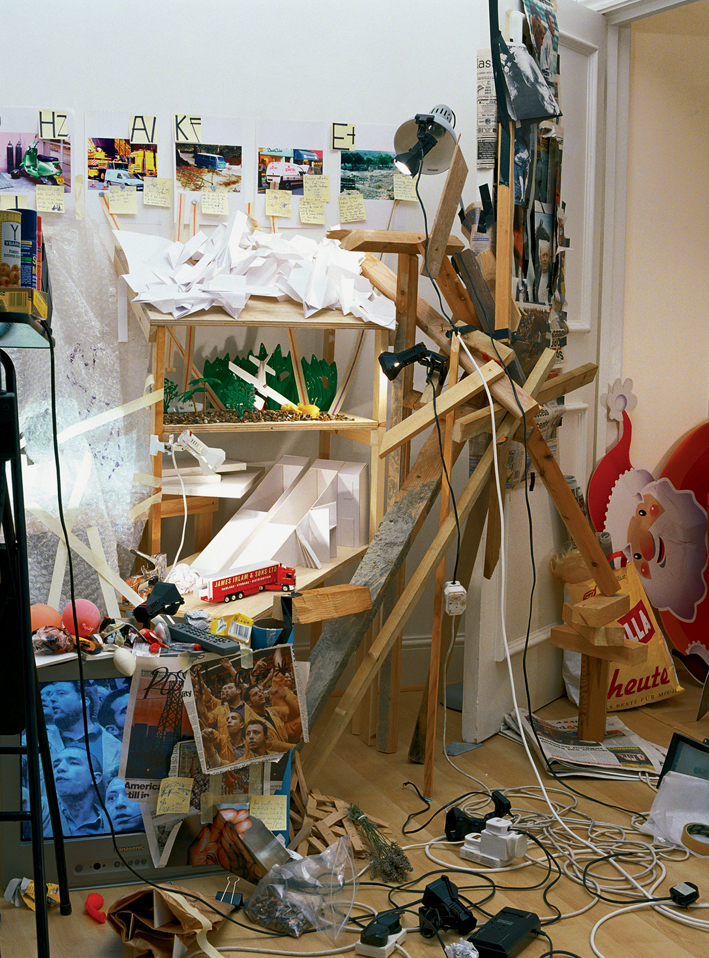 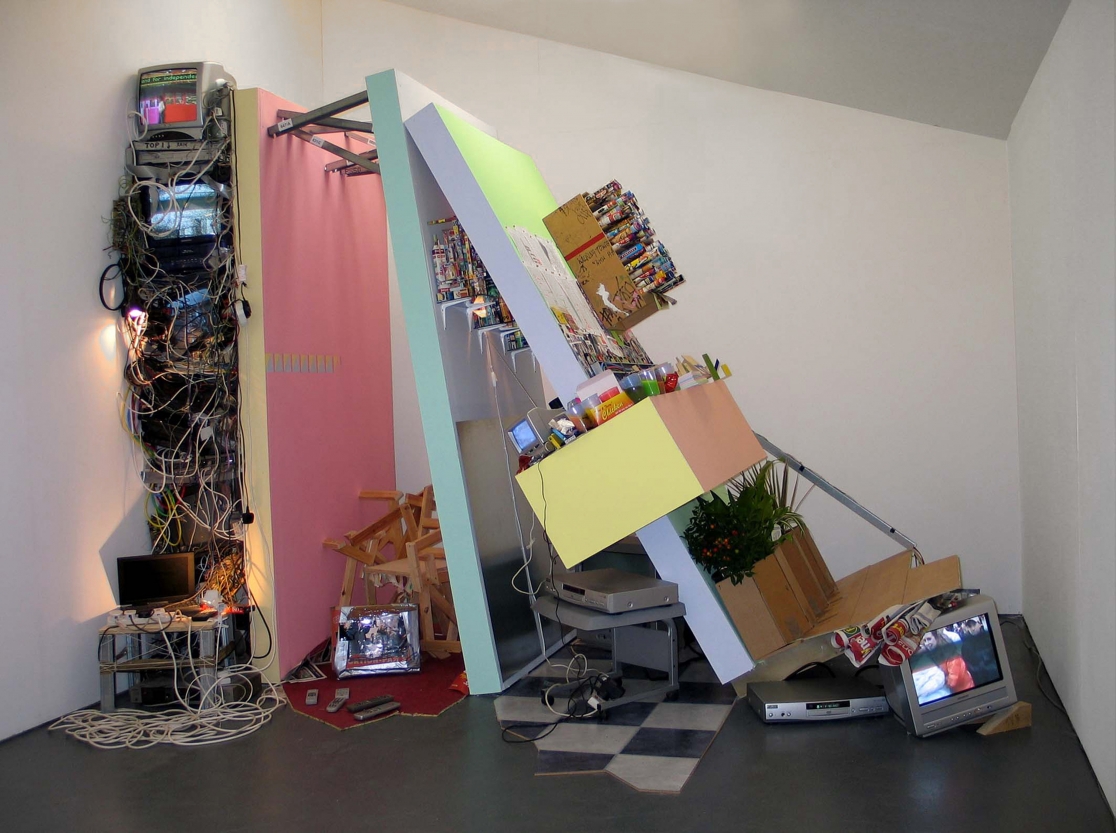 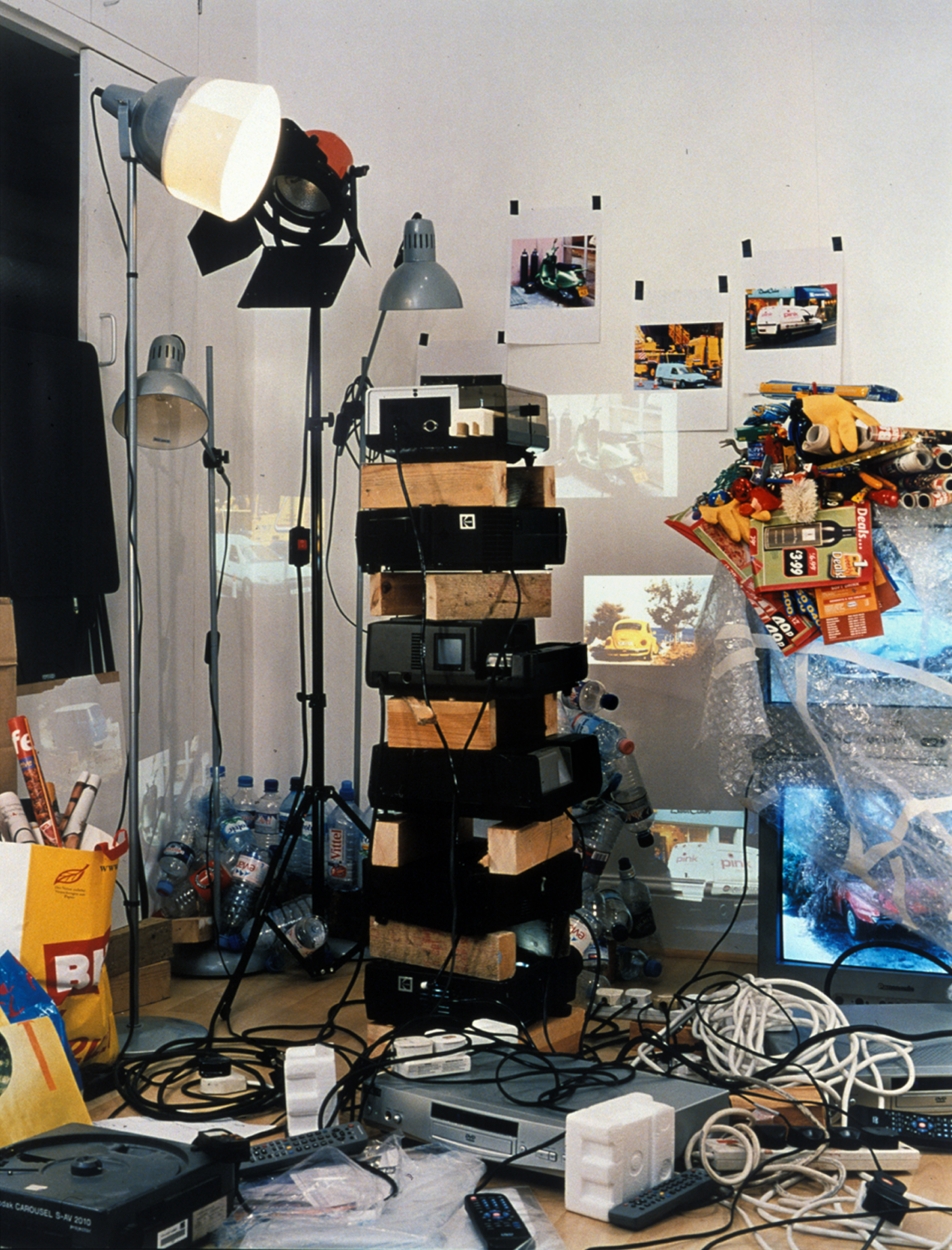 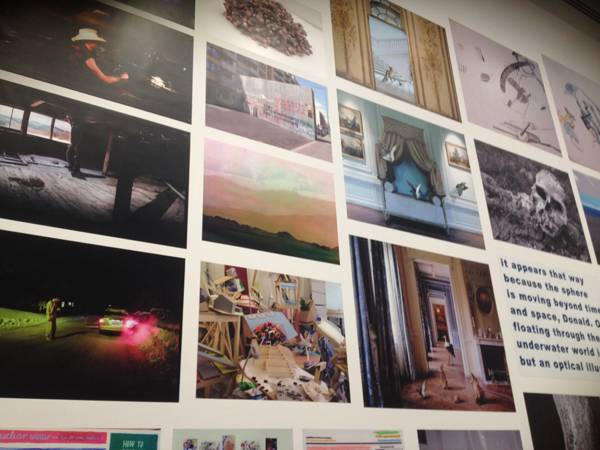 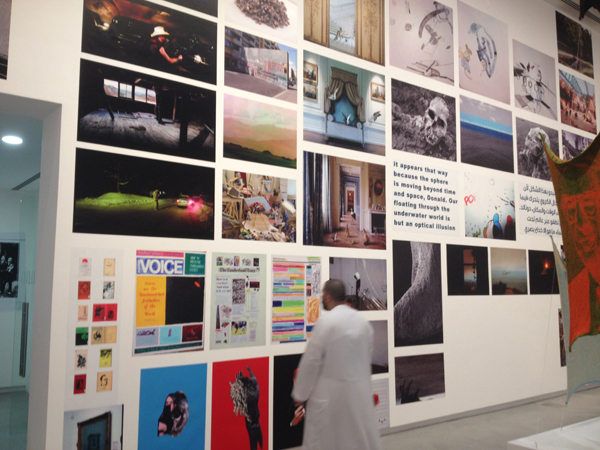 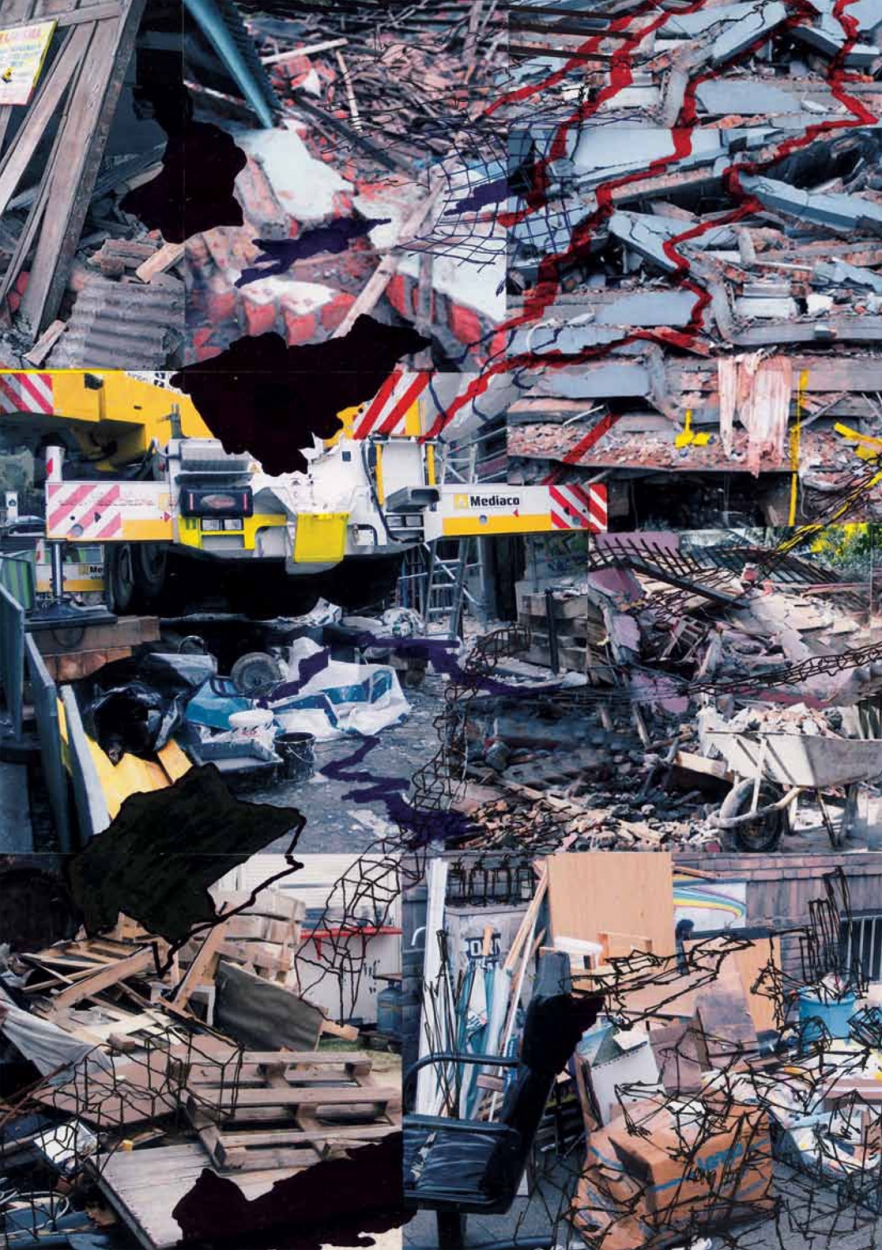 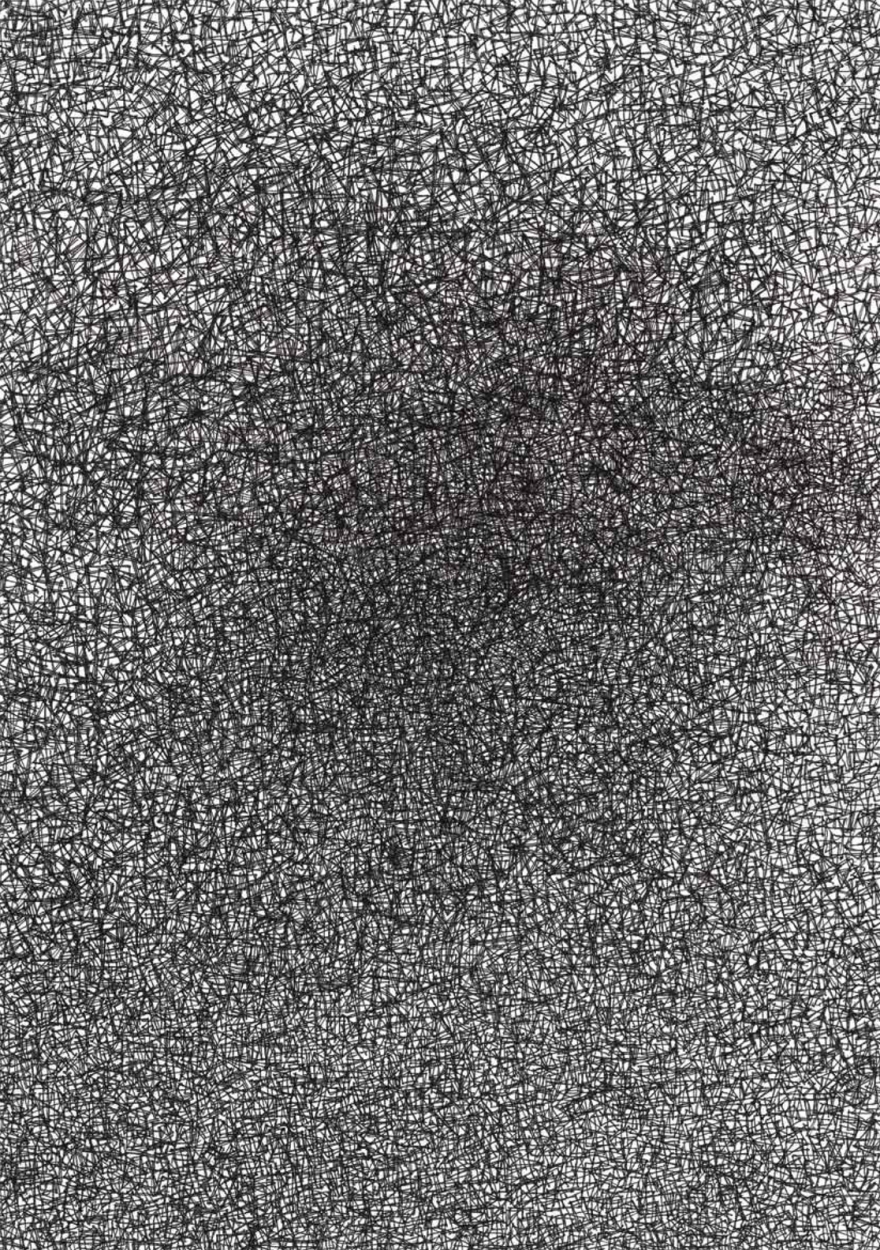 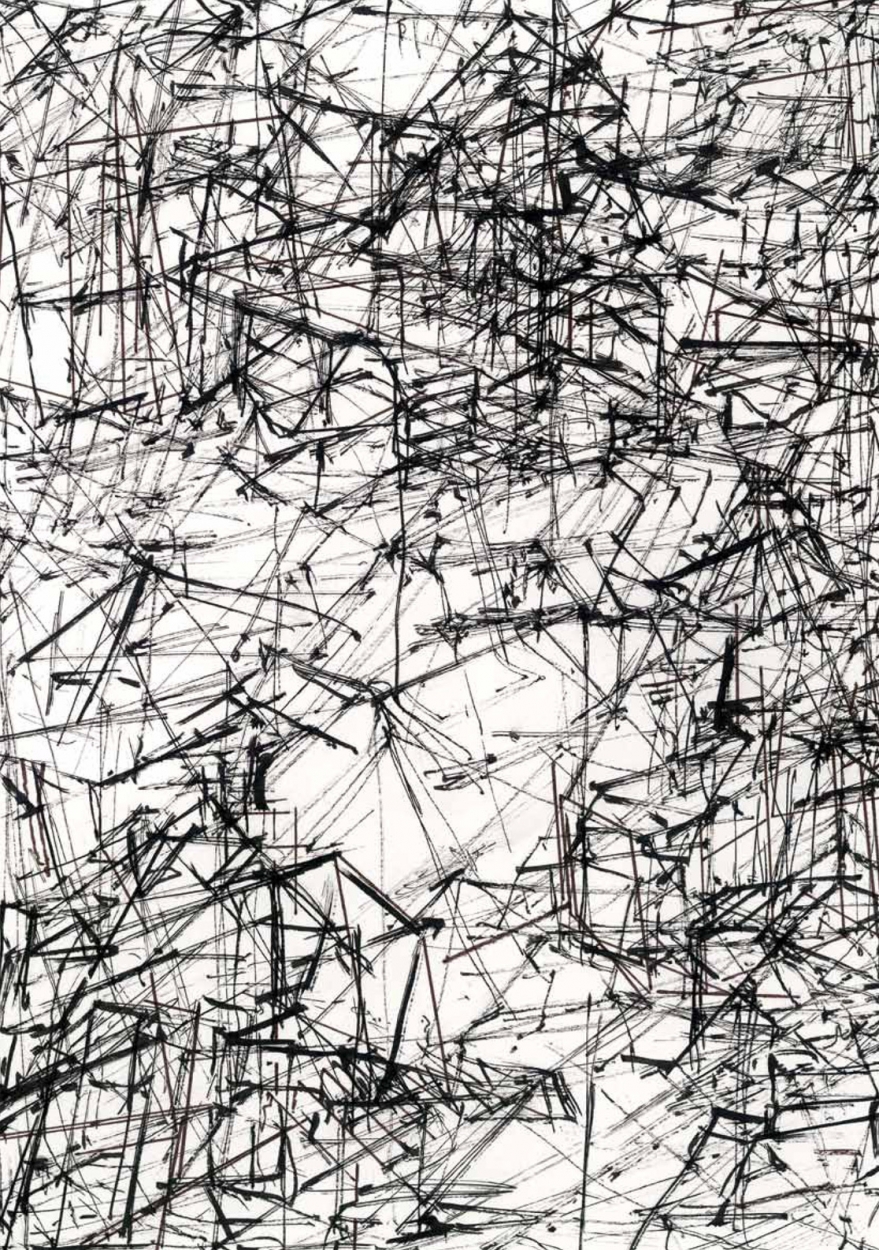 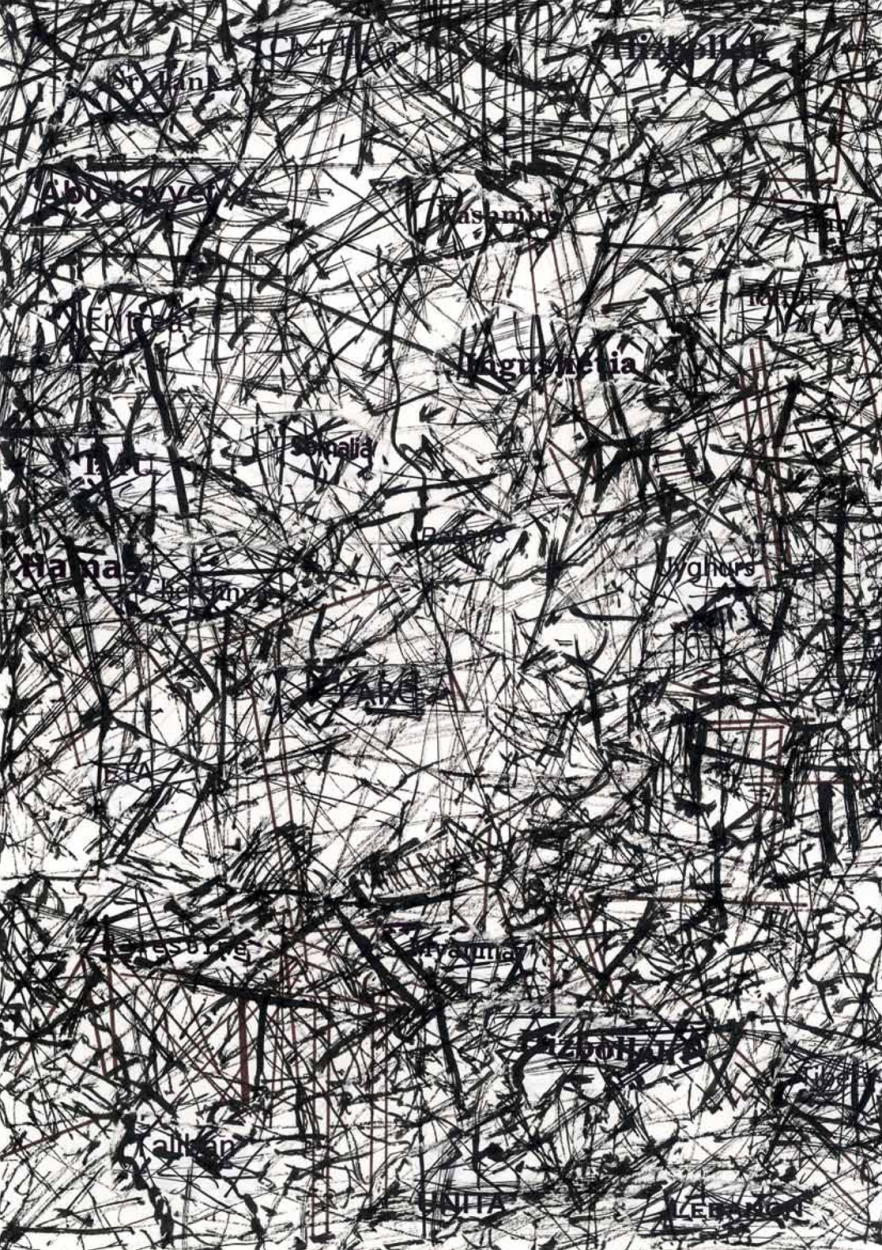 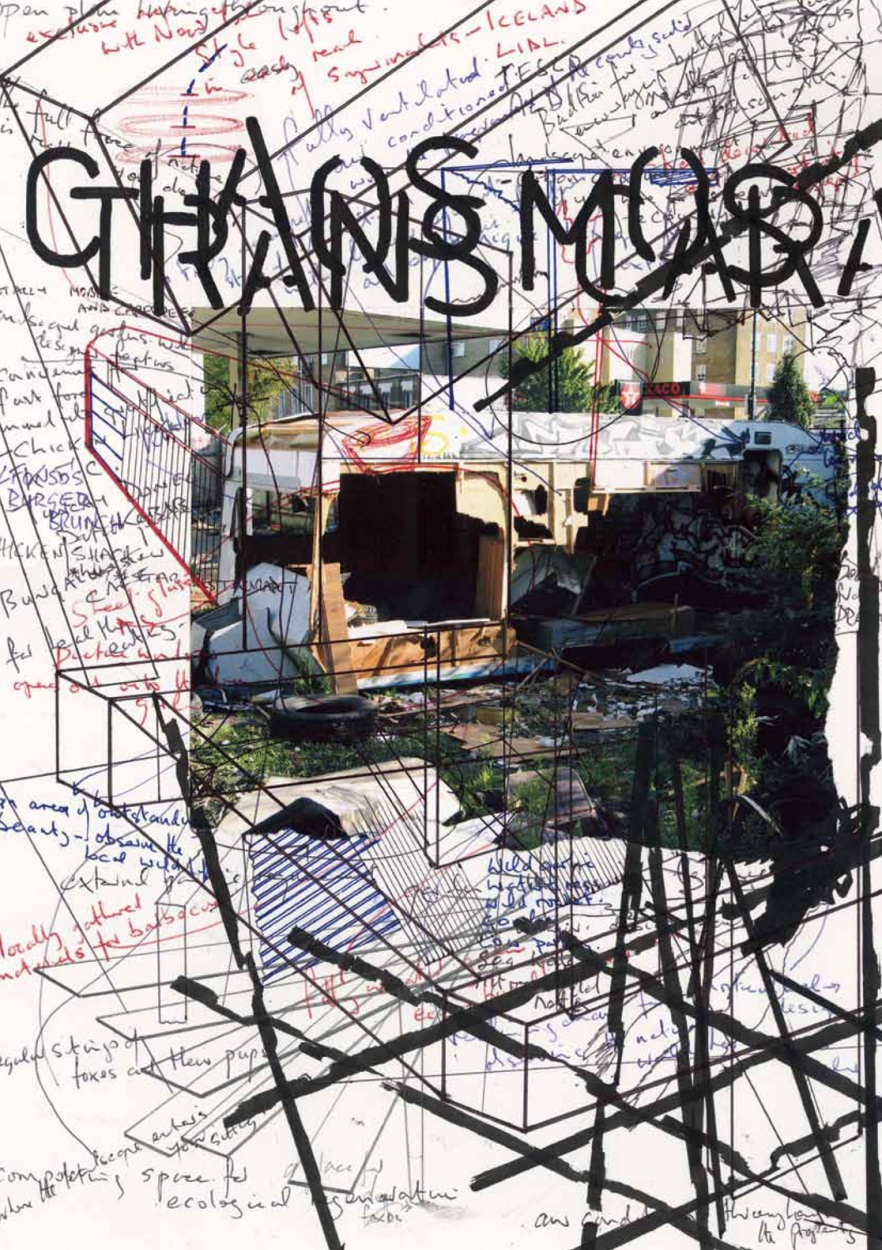 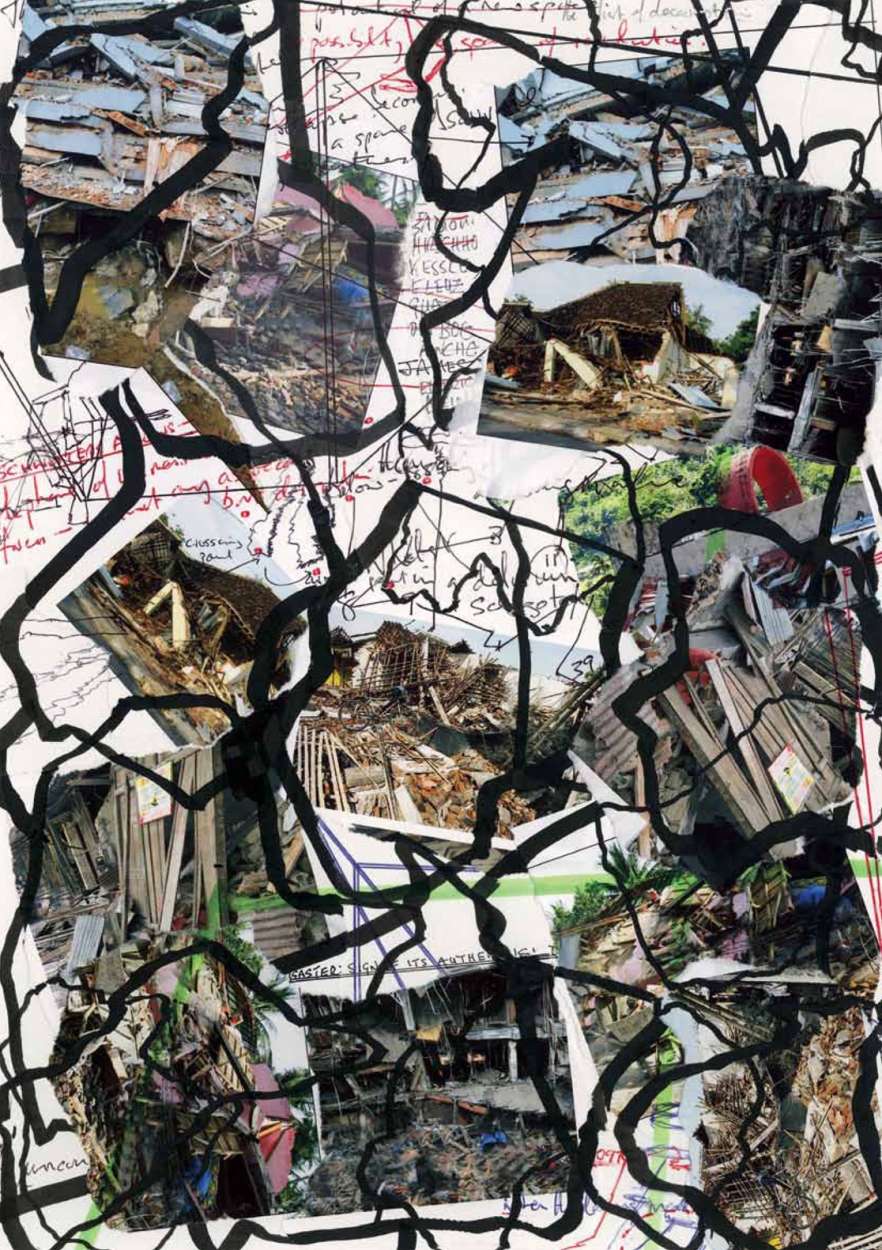 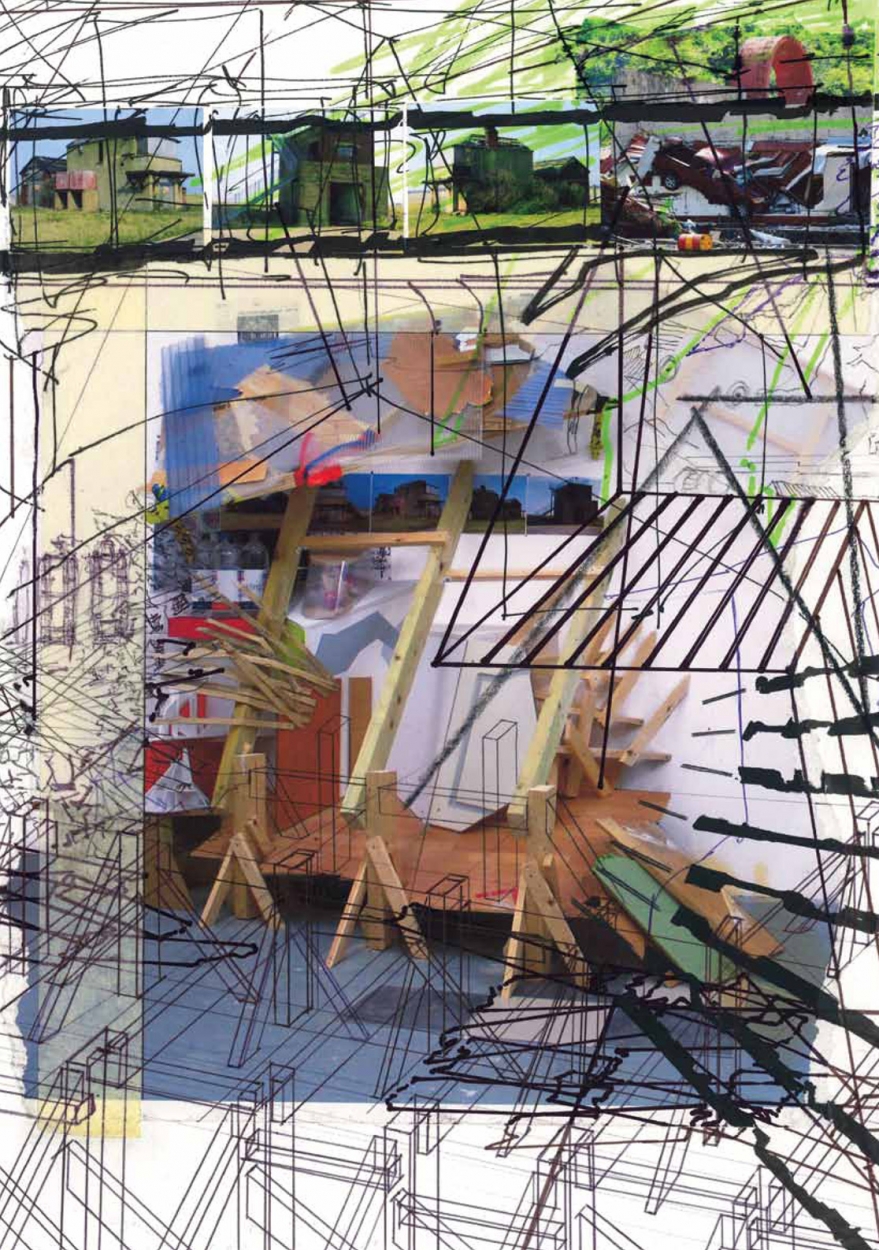 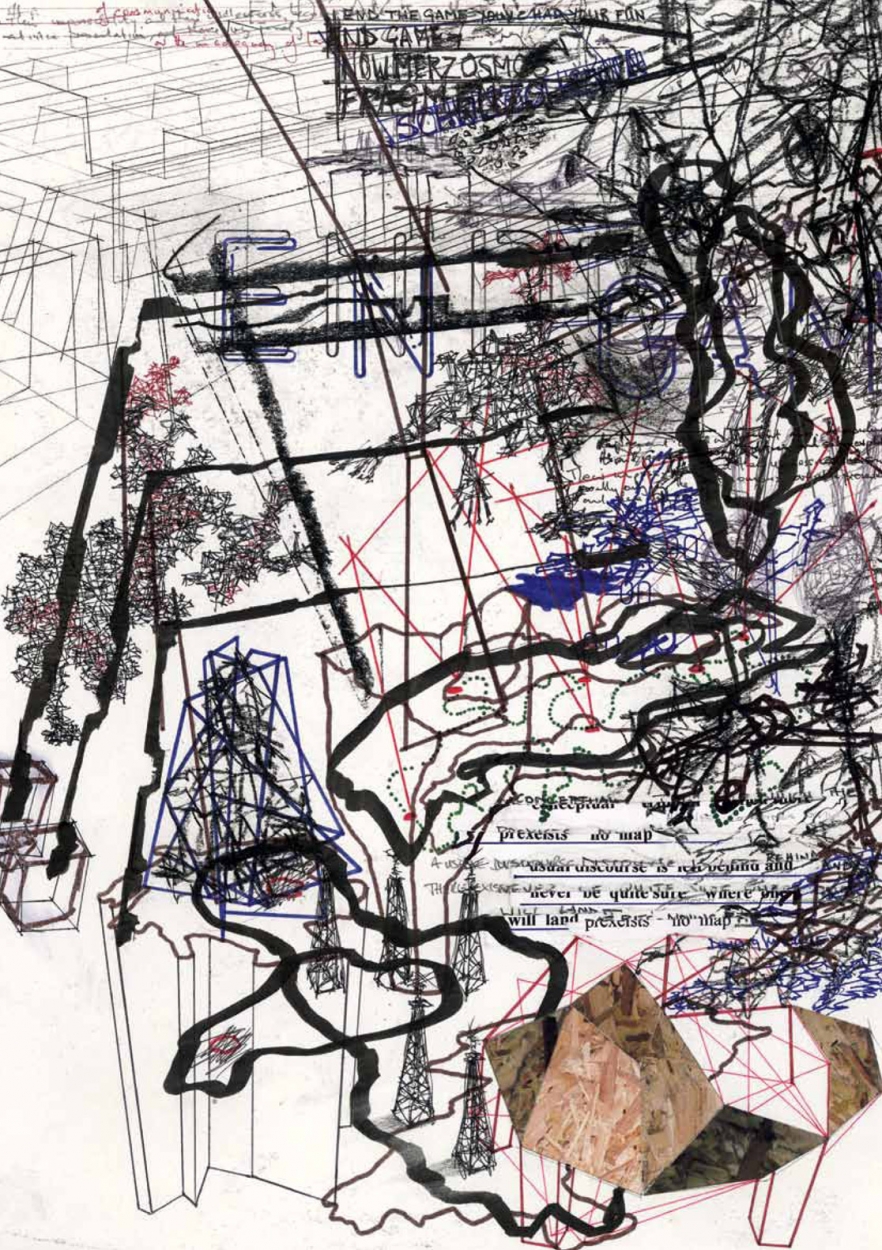 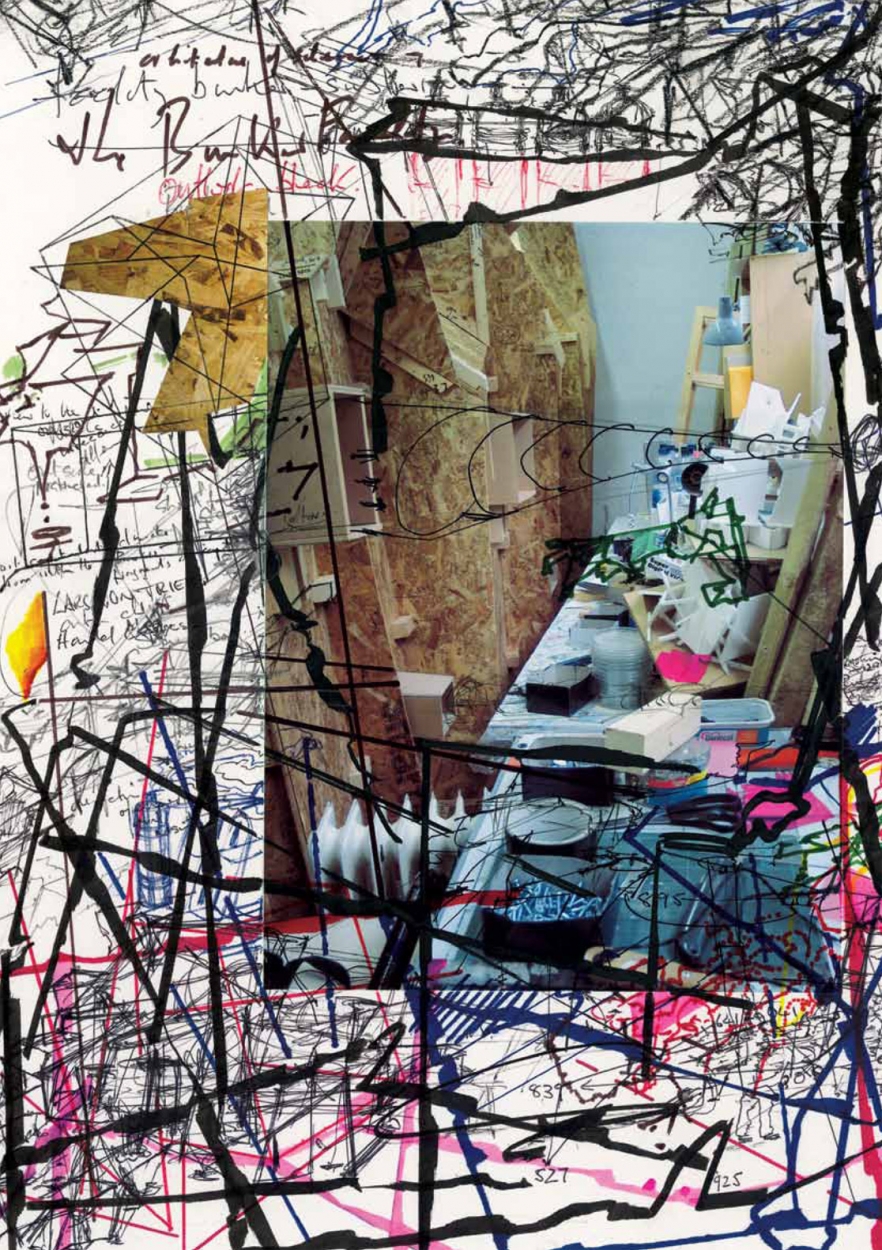 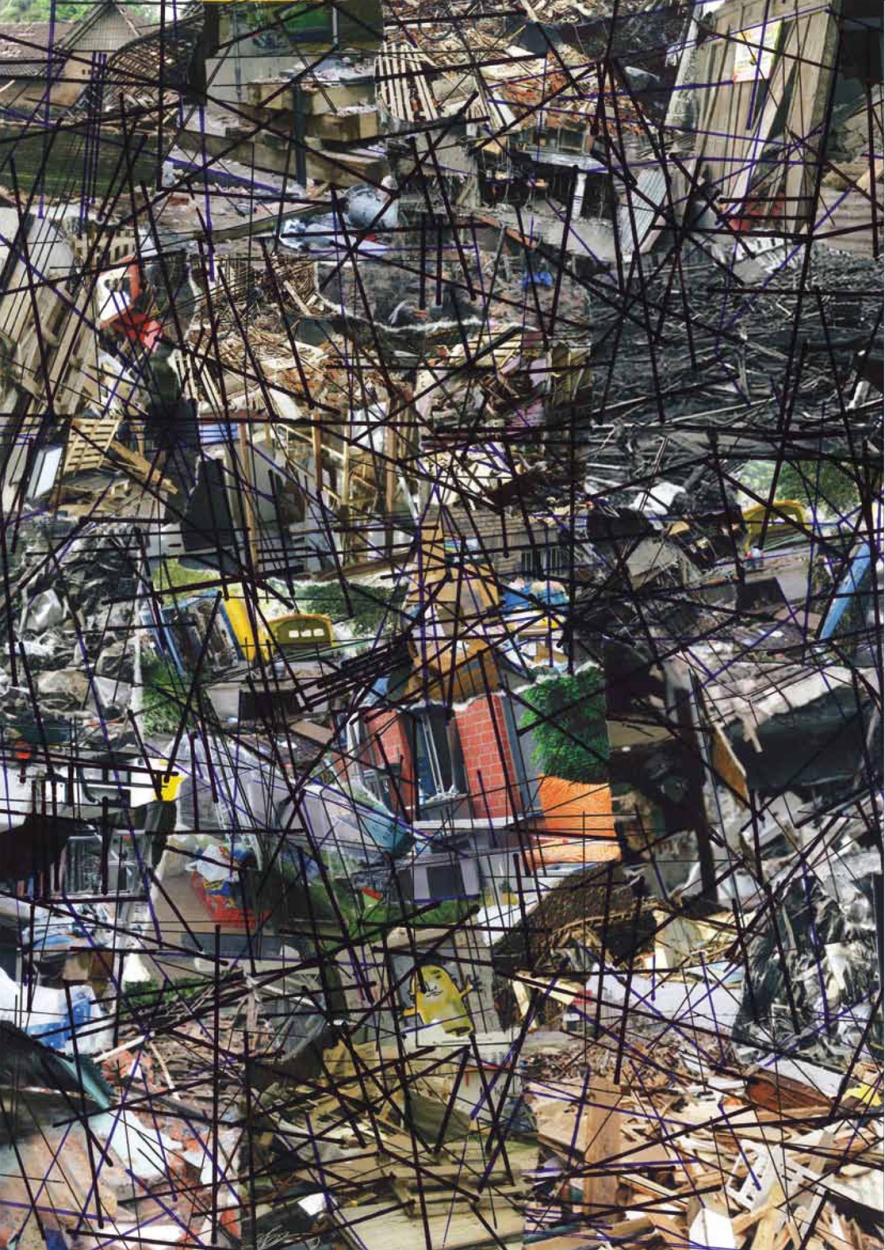 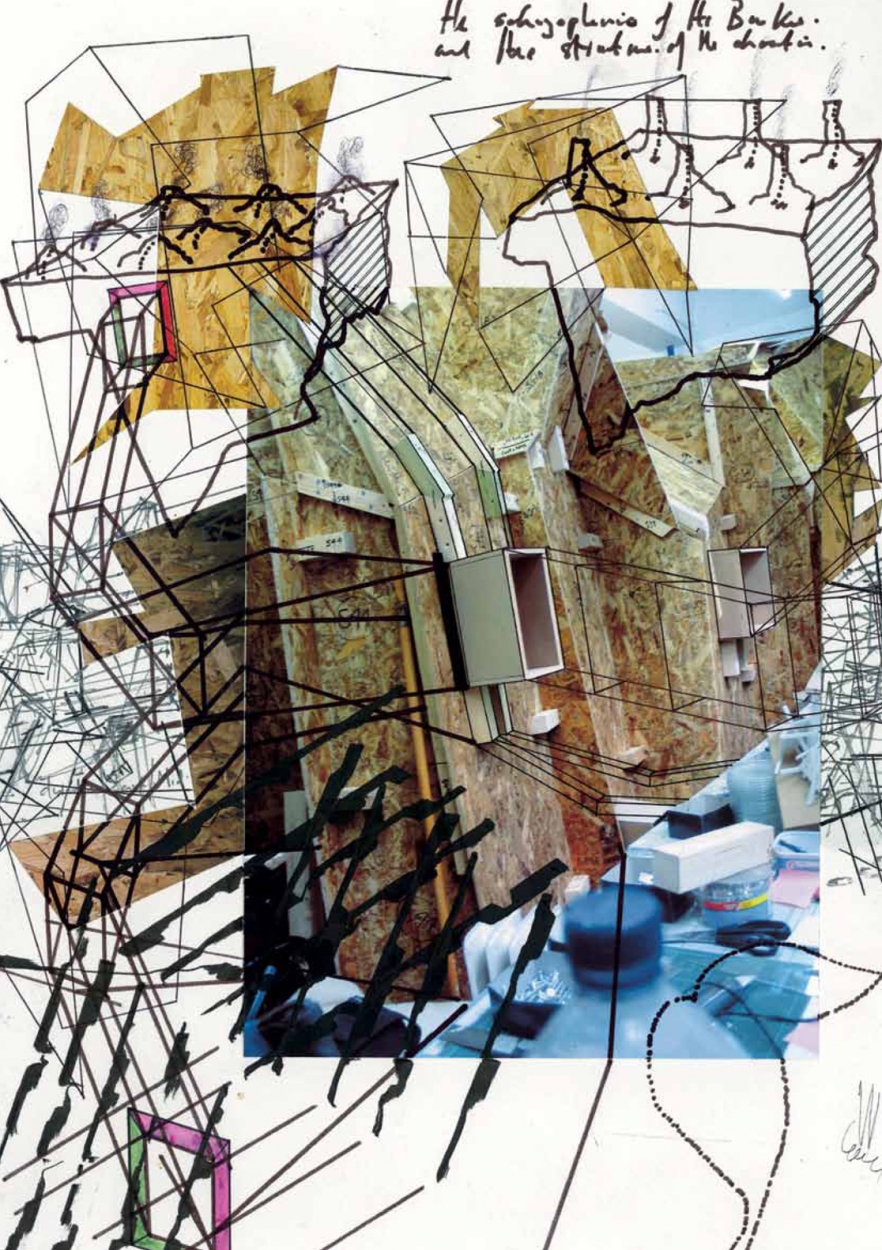 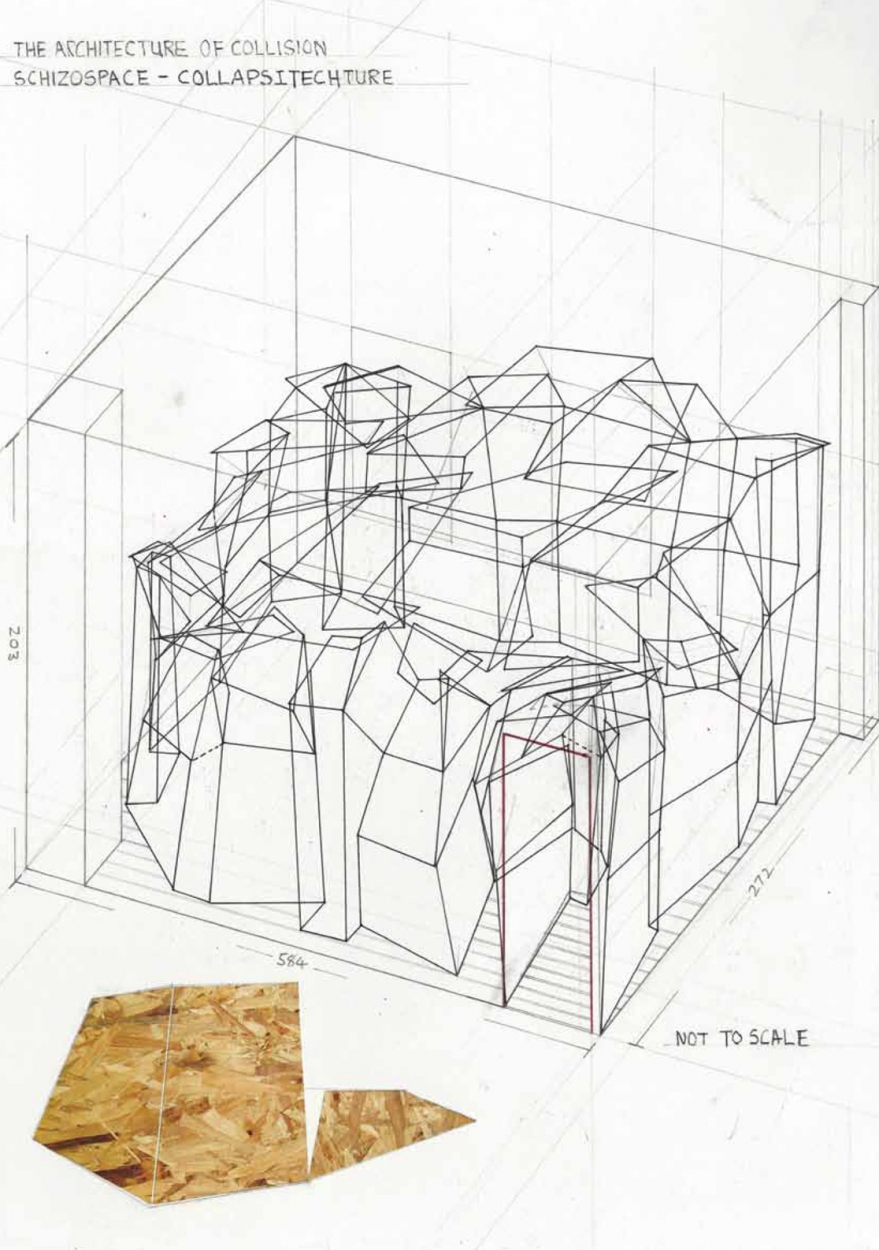 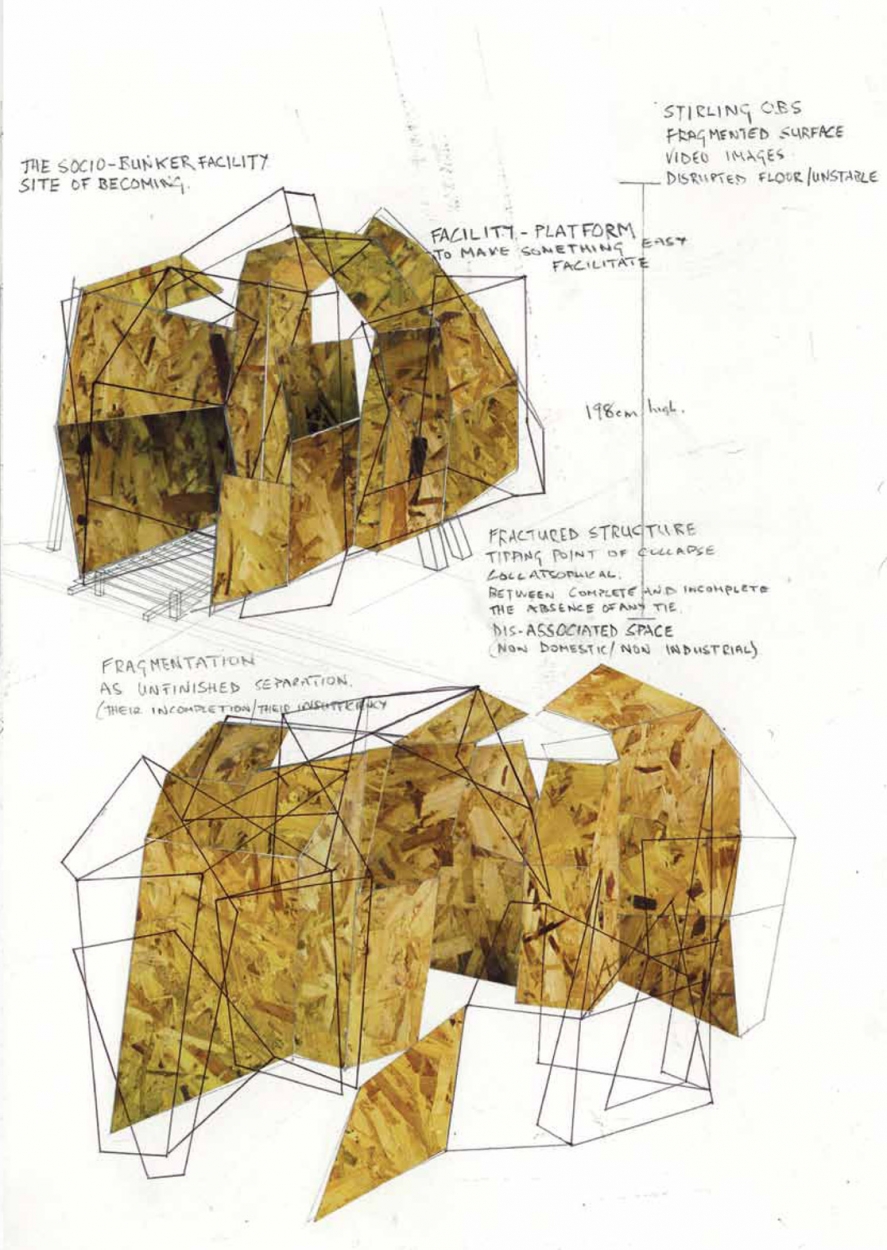 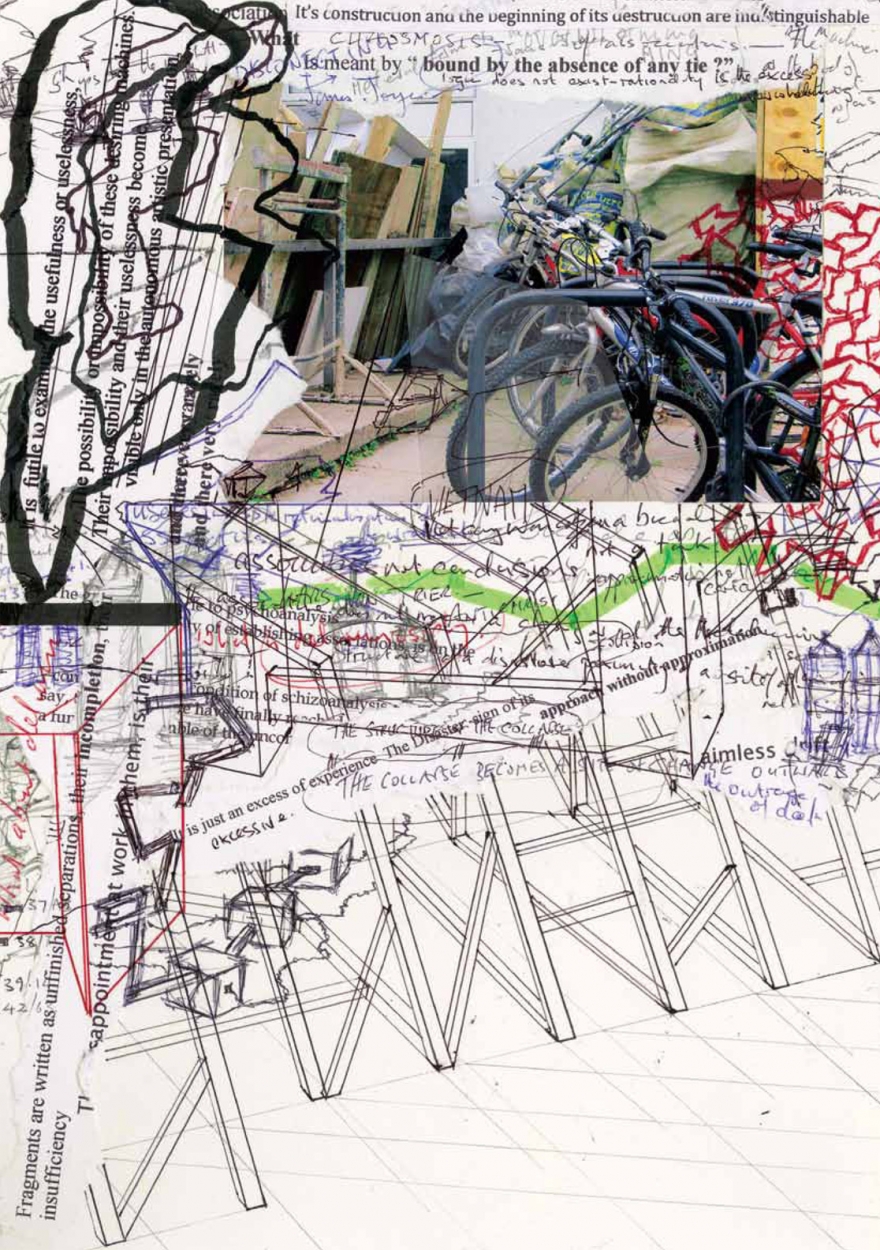 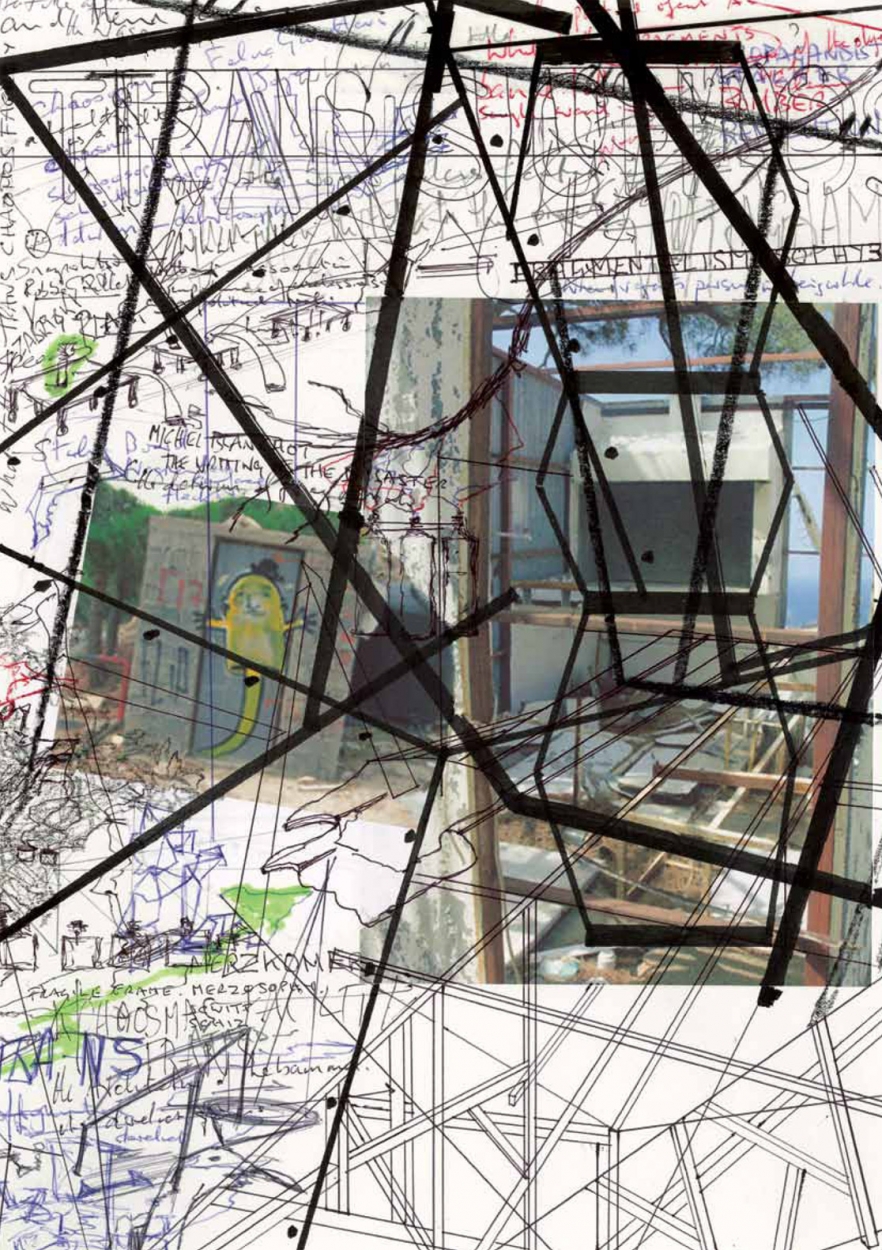 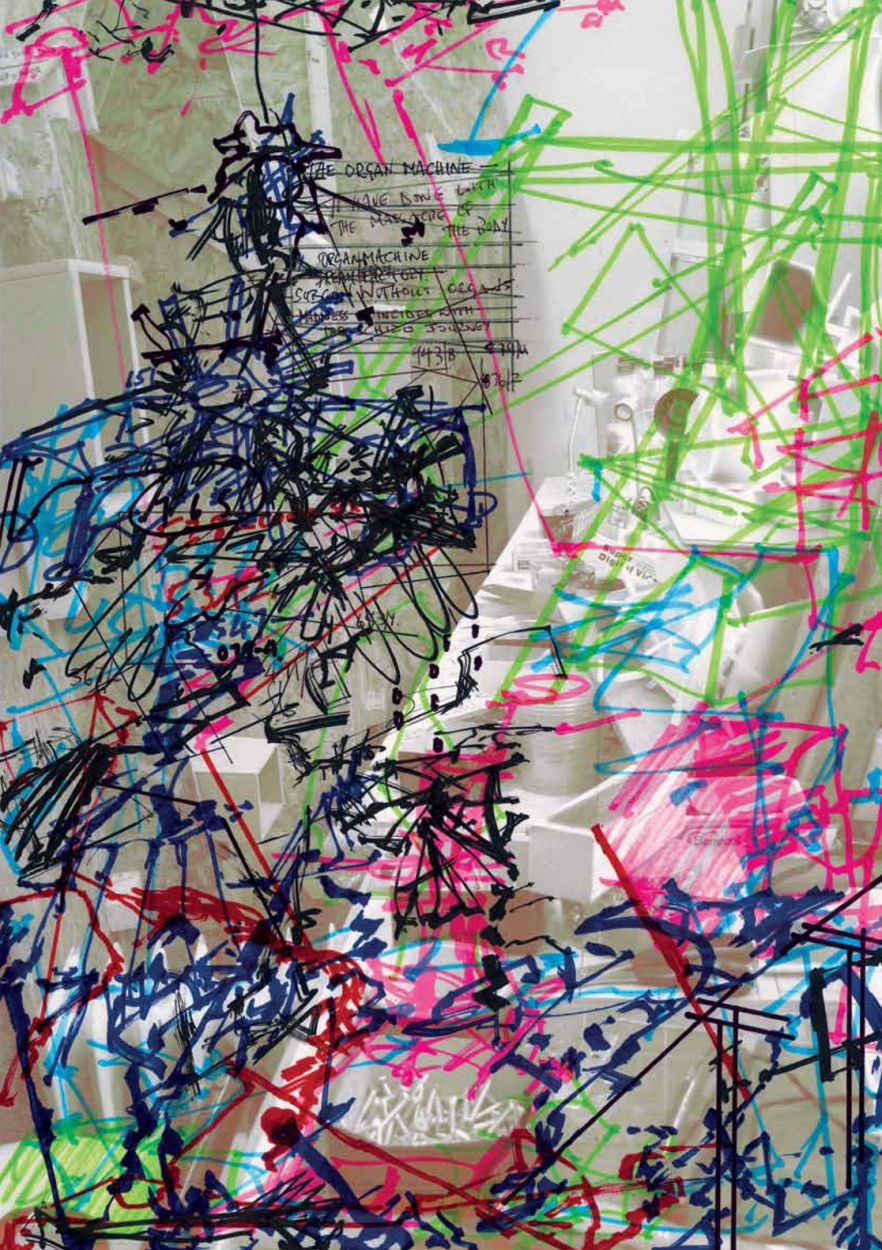 The work engages with both the boundaries of identification and the political, it resides outside received notions of
photography or installation or sculpture at the same time it does not focus on specific political issues. In this sense it
avoids labels and categorisation, the work is ‘made politically’ rather than in deference to the political. For example the
photoworks involve physical accumulation of material and the structures have photographic elements as a major
component. The materials used are those of the street, the urban space, of found and discarded ‘stuff’ and
building/industrial materials ; the process is one of accumulation and apparently random and transient associations,
fragments of ‘overheard narratives’ that are the stuff of the everyday of social discourse.
What comes into play with this work is the idea of 'bits'. Each piece is made up of bits, conceptual bits that coexist in
the space of uneasiness. The bits operate as fragments or clips from events or performances that by some circuitous
route have found themselves momentarily in this space of uncertainty or of the 'not quite right'. Whilst coexisting
within this new found space they have the potential to influence other bits or to be affected themselves by other bits,
but essentially what emerges are new relationships, albeit temporary ones .Ones in which previously determined
categorisations and frames of reference are but vague memories . The process of each work's coming into being is one
of deliberately shifting and deflecting the sense of a logical consistency; as such, when a rational interpretation reveals
itself and becomes possible it is then rapidly undermined, broken and destabilised not as an act of wilfulness for
wilfulness' sake but as a means towards new relationships, new approaches, new forces.
New encounters are formed outside the logical, cold reason of visual narrativisation; familiar tropes of relations between things that enable us to maintain our control of these things around us are cast aside in favour of the risk of
being out of control. The bits that constitute the work don't work like parts of a well formed organism as narrative – for
the whole is not given, things are simultaneously starting up in the middle, ending at the beginning or falling together in
other looser ways. There is a sense of being on a journey without an itinerary, taking a kind of conceptual trip for which
no map preâ€exists the journey. It is essential that one's familiar discourse is left behind and that a risk is taken, one
which makes the landing point quite uncertain.
The challenge is made to the viewer, for the authorial voice of the artist is in itself without the normally assumed status
of holding power. The spectator/viewer is then invited to enter the space of uncertainty, demolishing the notion of
transference, for it is this perpetual state of struggle on both the part of the artist and that of the spectator/viewer that
brings the work into being. The linearity between producer and receiver in terms of knowledge and power transference
and the maintenance of this relationship is rendered useless. Antagonism is the overriding force in my work, for antagonism ‘nags’ away at the centre. For all democratic societies to fully function must have antagonism as a crucial element.