The (Ir)Responsibility of the Artist (conference, Beaux Arts, Paris) 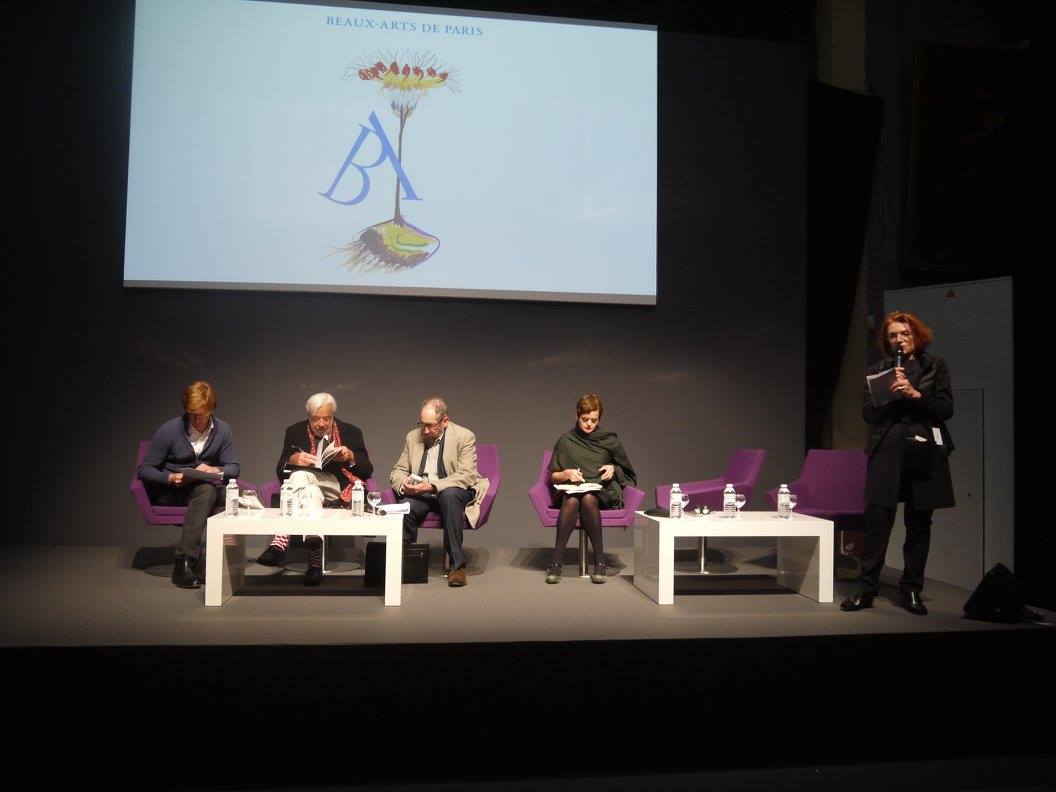 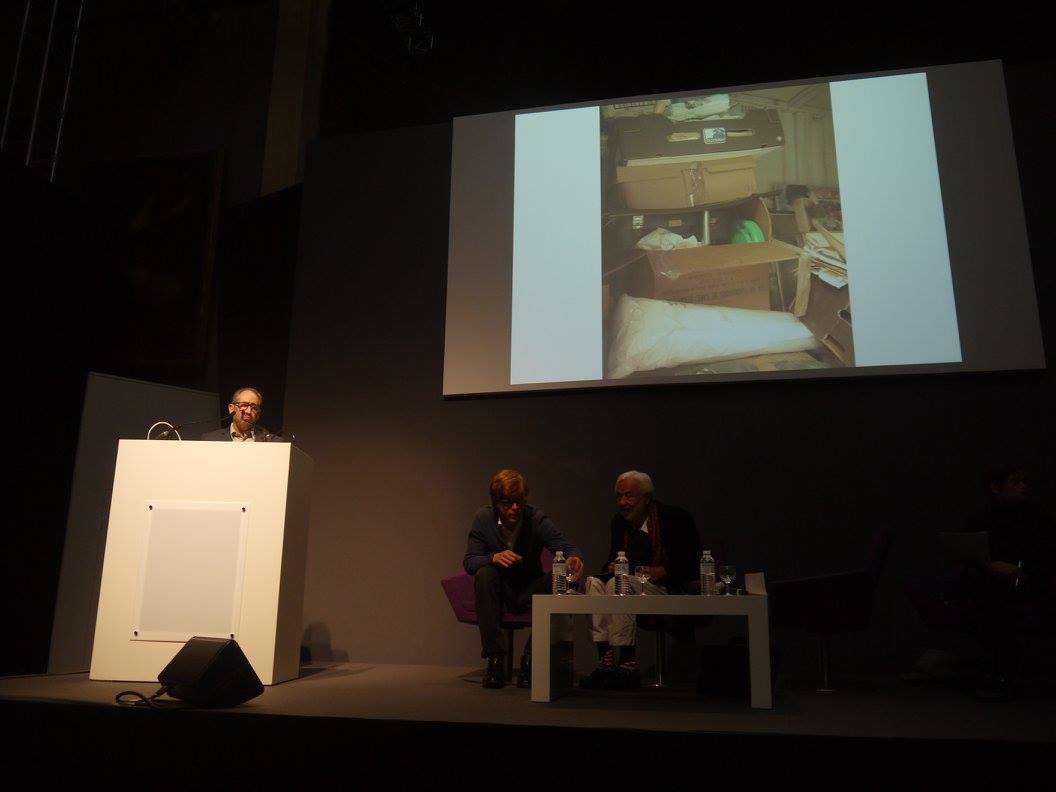 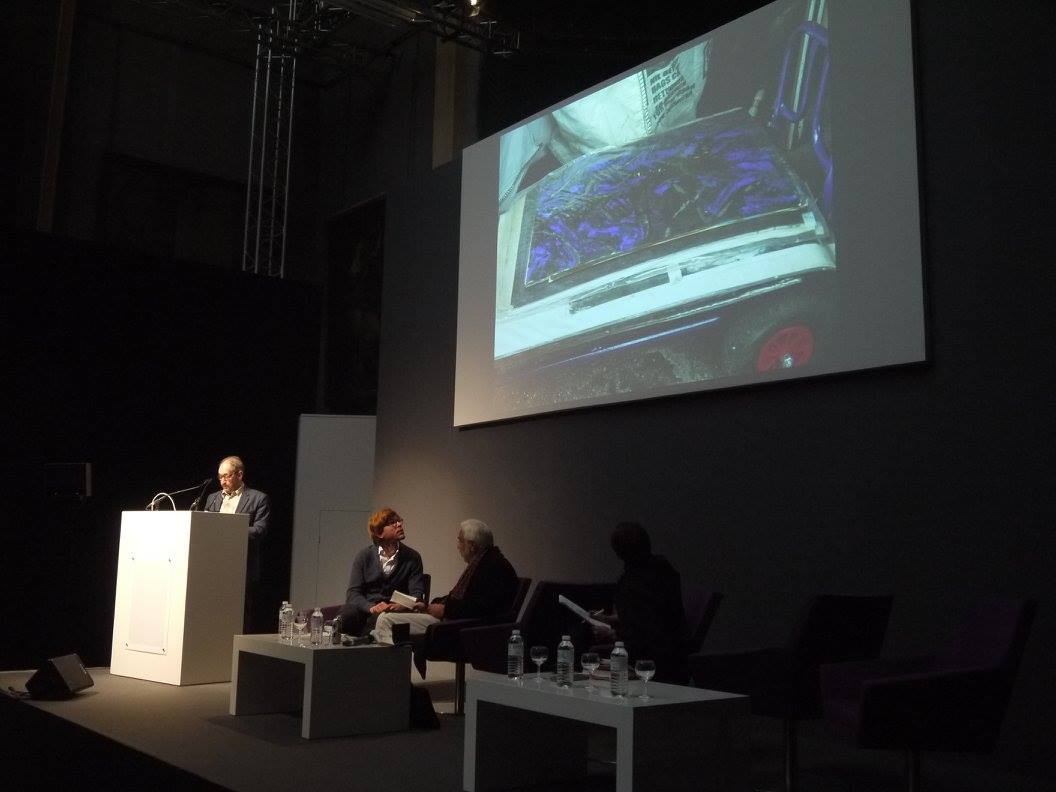 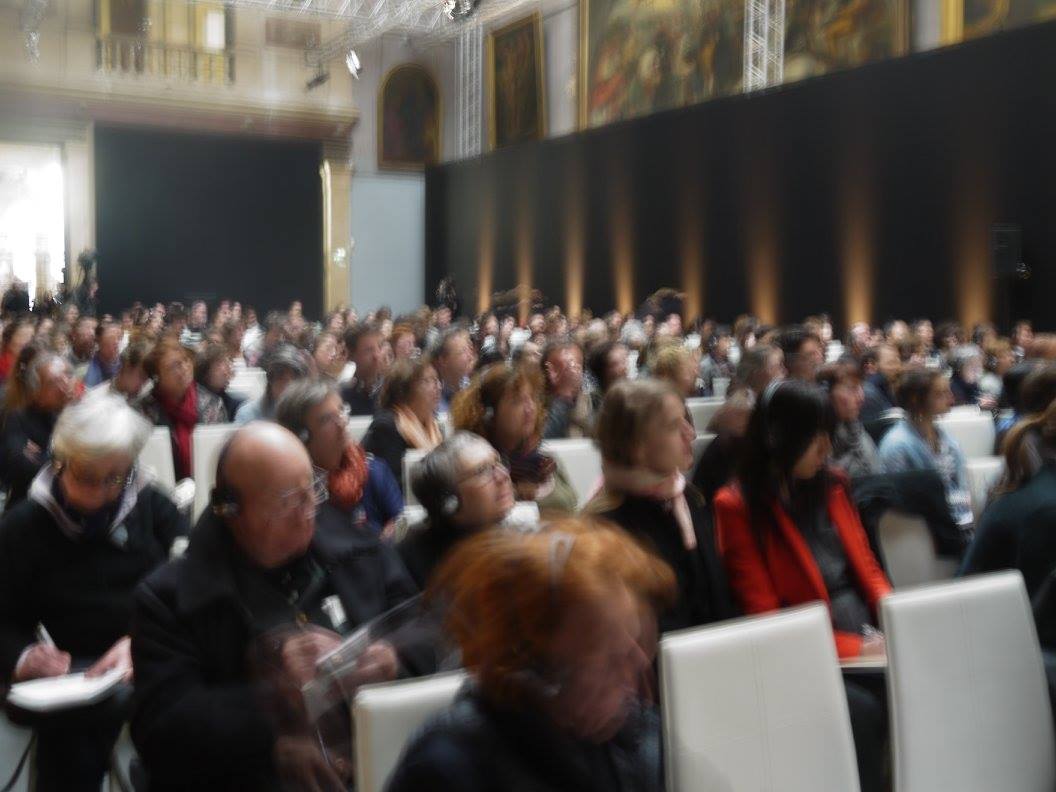 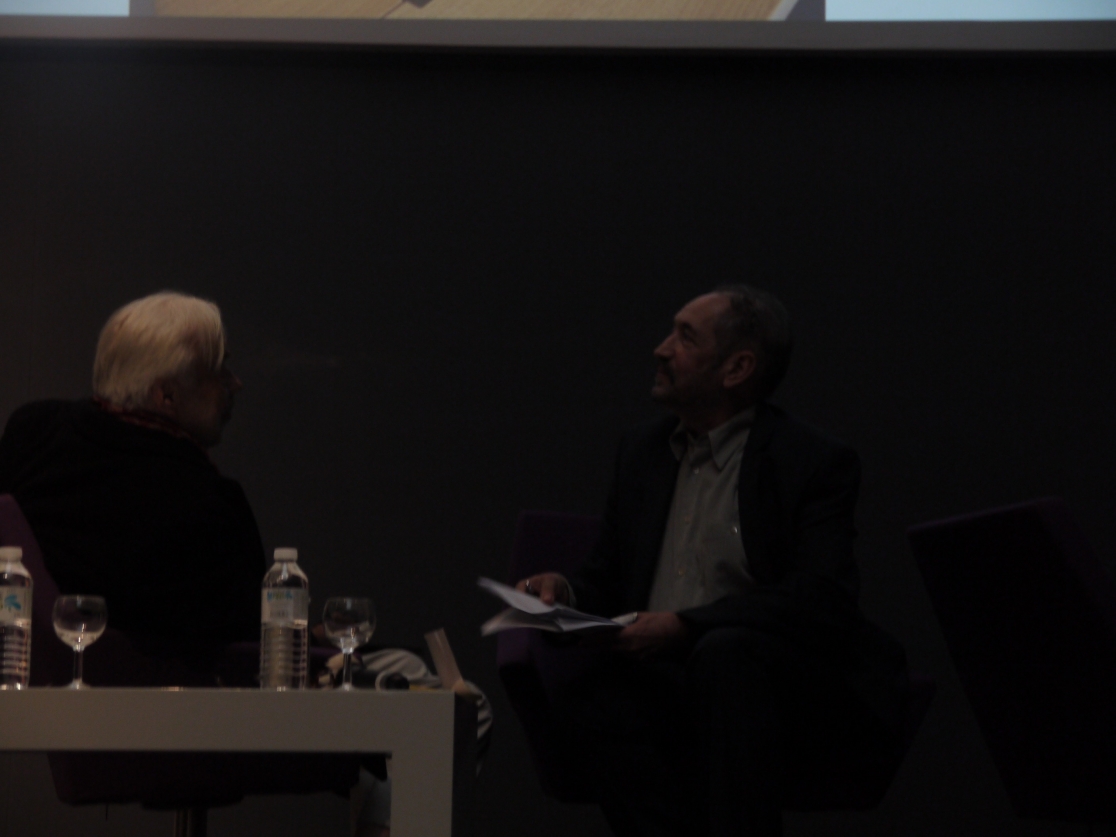 It is a great honour to be here to speak with Lisa Le Feuvre, for whom I have great respect and with whom I share many mutual concerns.

I introduce myself to you as an artist who curates and a curator who makes art, neither being at all satisfactory, or in any sense whose purpose has been achieved.

I quote from Slavoj Zizek’s The Universal Exception,

“X is created, its space is outlined only by those repeated failures to achieve it”.

On the move again. The artist cannot afford the landlord's rent, so must inevitably migrate. Where to this time? The council houses, squats, bed sits, and all the bad housing are full with artists and refugees, conjoined as the poorest sector of the urban populace. Nowhere to go, yet everywhere to run to, making do with things at hand and 'forging' art on the run.  How did we get here?  Like the Book of the Dead, it's an underworld passage that tests human endurance, and the mythology of failure.

And all this 'stuff' to go too. All the home-made shelving, bits and pieces, the dusty books set in varnish, the stained, dust ingrained sheets used for canvas, clippings kept for sentimental reasons, the newspapers in crates, broken TVs, throwaway cameras, paint tins, bottled residues shining like gold, half-finished collages and half- drunk dregs in bottles, the threatening notes eloquently written to the neighbours and landlord, the cat, all the garbage bags full of bus tickets and collected supermarket receipts - money spent recklessly on nothing worthwhile. And More. The solicitor's bills. The cans of air freshener, souvenirs, salvaged postcards from the dead, a scribbled manuscript, never published, stacks of 'fizzled out' drawings, all unfinished. A great breathing accumulation of rubbish coming to Life: heavier than earth, the converse of Plato's Ideal spoiled, in smudges and left-handedness. But hovering above it all like Icarus is the idea, like an unseen eye directing the movements of a fly circling in rising heat, flying and then falling. Failure… an exquisite can of worms opening up and spilling itself its guts everywhere, seeping into the cracks of the earth.

The last vestige of an old avant-garde [appearing as the multitudes of a decayed elite, the old gods returning in slapstick] emerges in the new avant-garde of the Third Space [as defined by Frantz Fanon, as sharing the borders of and exposing the trespass of the First and Second worlds] by living wretchedly within the 'episteme' of a new Global Order. We are all foreign. All obsolete.  It is no longer possible to hold a neutral or 'equidistant' pose, if breathing the same 'political' air as the refugee. No time for philosophical musings or beautiful souls. As Slavov Zizek writes to resuscitate the maxim: don't throw the baby out with the dirty water, keep the dirty water, throw out the baby.  We might laugh out loud at this bouquet of culpable mistakes.

Failure is a common misunderstanding of the avant-garde. The Expressionist [the dark, or sinister, if you like, the 'noir'] and its transversal [the Utopian] reread from a Constructivist and Futurist romance of progress returned in the gaze of the conceptual Duchampian machine, are destitute when immersed in the 'dirty water' of a global contemporary consciousness.

And that’s entertaining, the failure of modern beauty, and the success of its truths, posed in the self-same image. Yet iconoclasm and its irreverent critique of the populist, is unable to compete with the iconophilia, the ‘love’ of ‘strong’ imagery, in any shared use of the apparatus of representation’s immediacy. Representation itself, as material, fails. Revolution beckons, yet recedes, as differentiation lessens and the embers of duration are finally extinguished. We have failed, as they had said in the 1960s, to paint it black. Our paintings will have fully acknowledged the failure only after the paint cracks and falls off.

Failure is never the less, an object. It is ‘weak’, without boundaries, it is marked as disaster, accident, mistake, whose anti-architectural ‘environment' is not a literal 'filling up' of the space of convention nor a new concept of the militant against official culture. It is the very act we must acknowledge, which is always already failing in disavowals of failure. Failure provides us with a very suggestive point of reference for our own contemporary discourse, as both poison and antidote.

Historical evaluation of the early avant-garde may forget this infra-structural necessity of failure. The falling short of the ideal, always coming too late, is the kernel of Cezanne’s doubt, and later of Duchamp’s. In the ashes of avant-gardism, the failed attempts to rise again may begin an actual process of the decomposition of history.

This is, if we are honest, the flaw in art, in the stupidity of an undertaking, with full knowledge of futility. The failed, ‘epic’ attempts are not just remainders or leftovers to be deposited in museums, that would be to score it as a success in parody, the elevation of the obsolete or the ironic celebration of pathos - but much more a 'set up' of affects and fictions that disable meaning, and subtract from it, welcoming the return of such a resistant strain in avant-garde practice and discourse with a shrug, as if to say 'don't believe a word of it' as evidence of a cynicism less ordinary, to the ‘doubtless’ failure of potential in the suddenness of an act.

The artist now shares art with the public just as he or she once shared it with religion or politics. To be an artist has already ceased to be an exclusive fate, becoming instead an everyday practice—a weak practice, a weak gesture. One must permanently repeat this artistic reduction—resisting strong images and escaping the status quo that functions as a permanent means of exchanging these strong images.

One must fail again fail better.