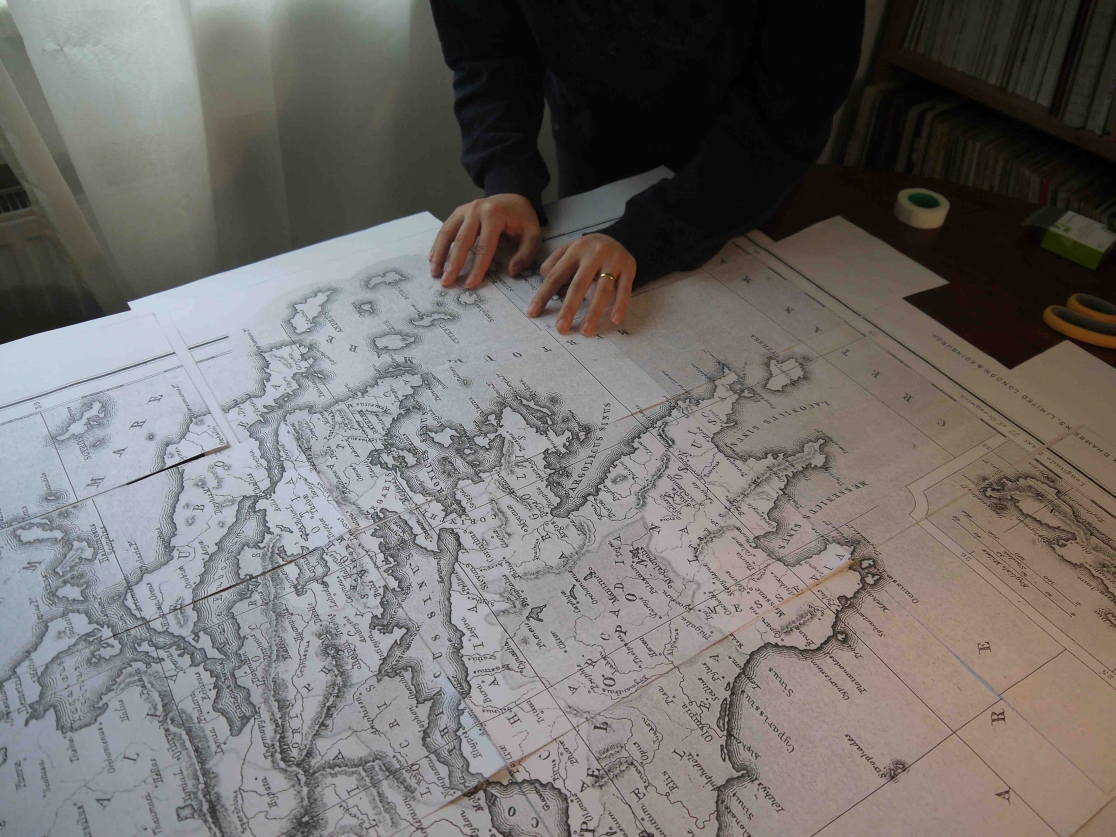 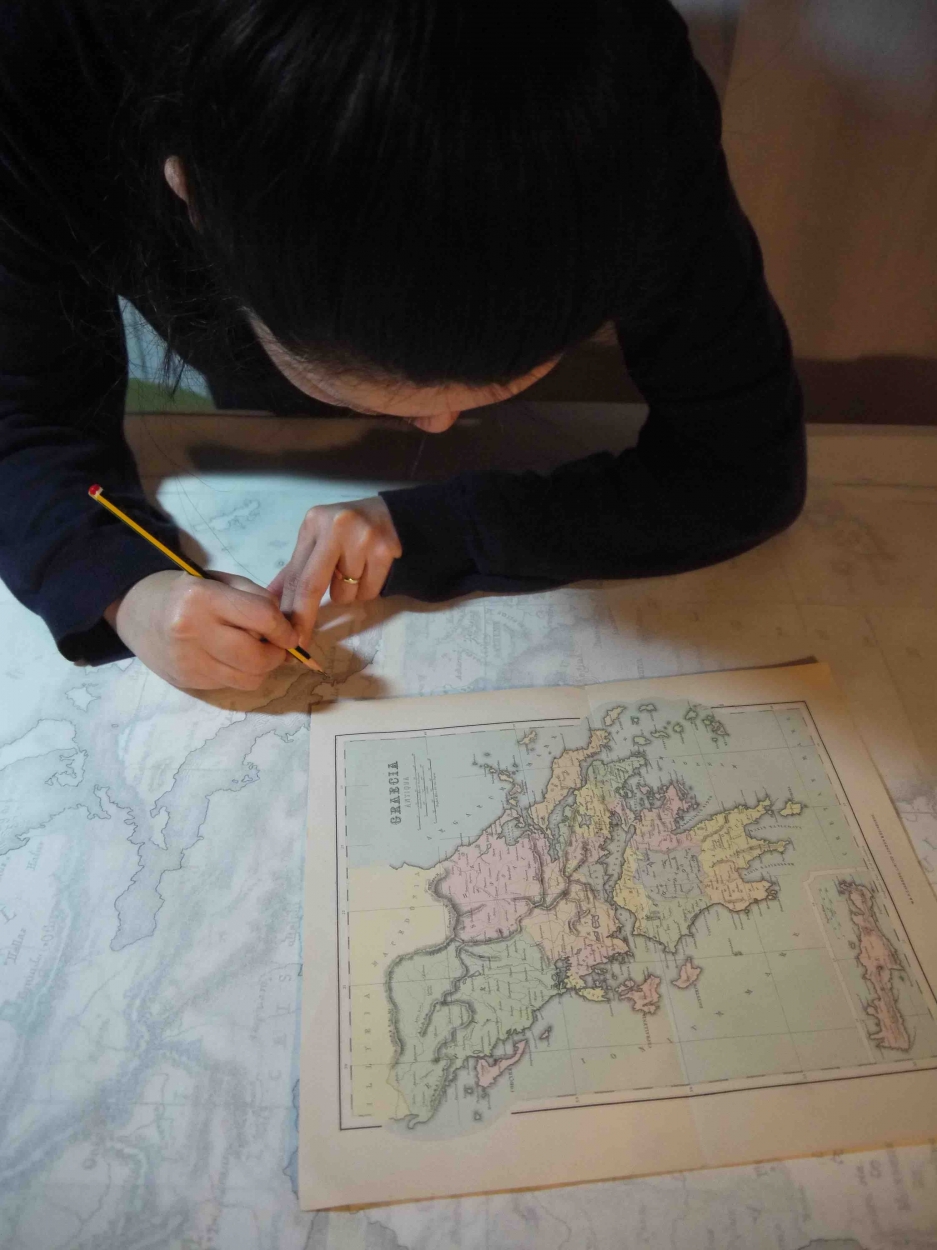 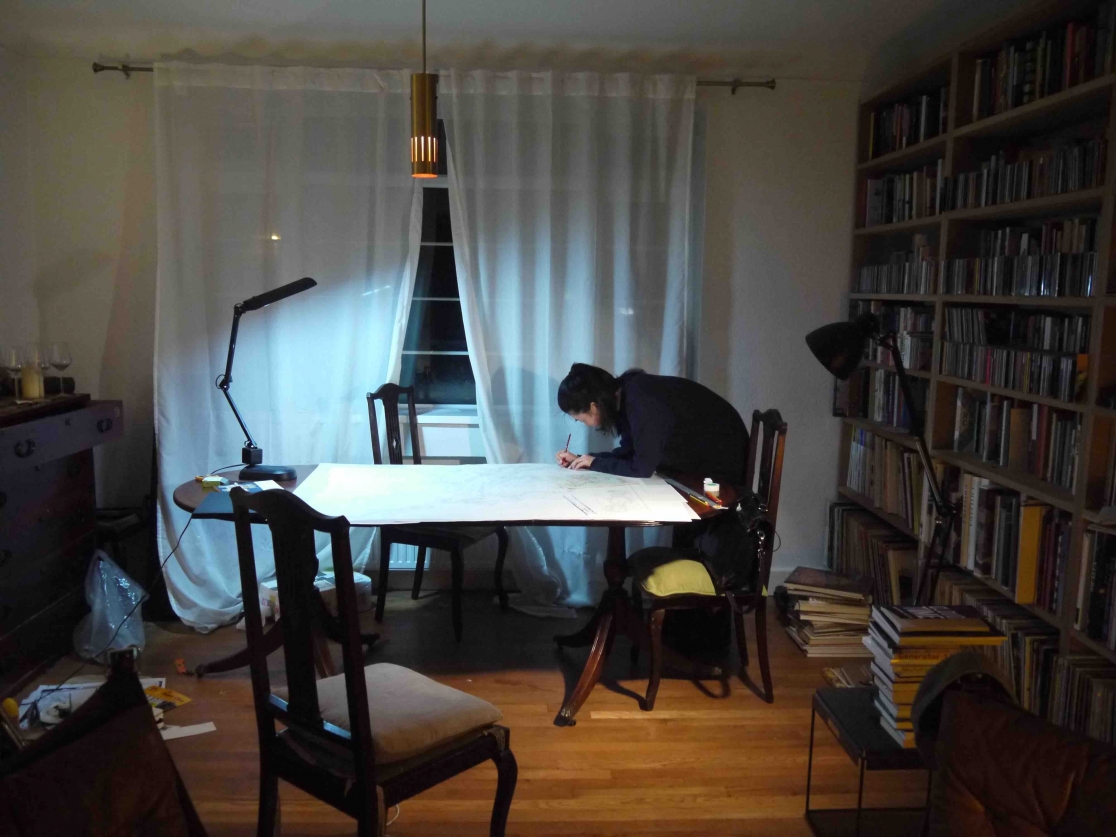 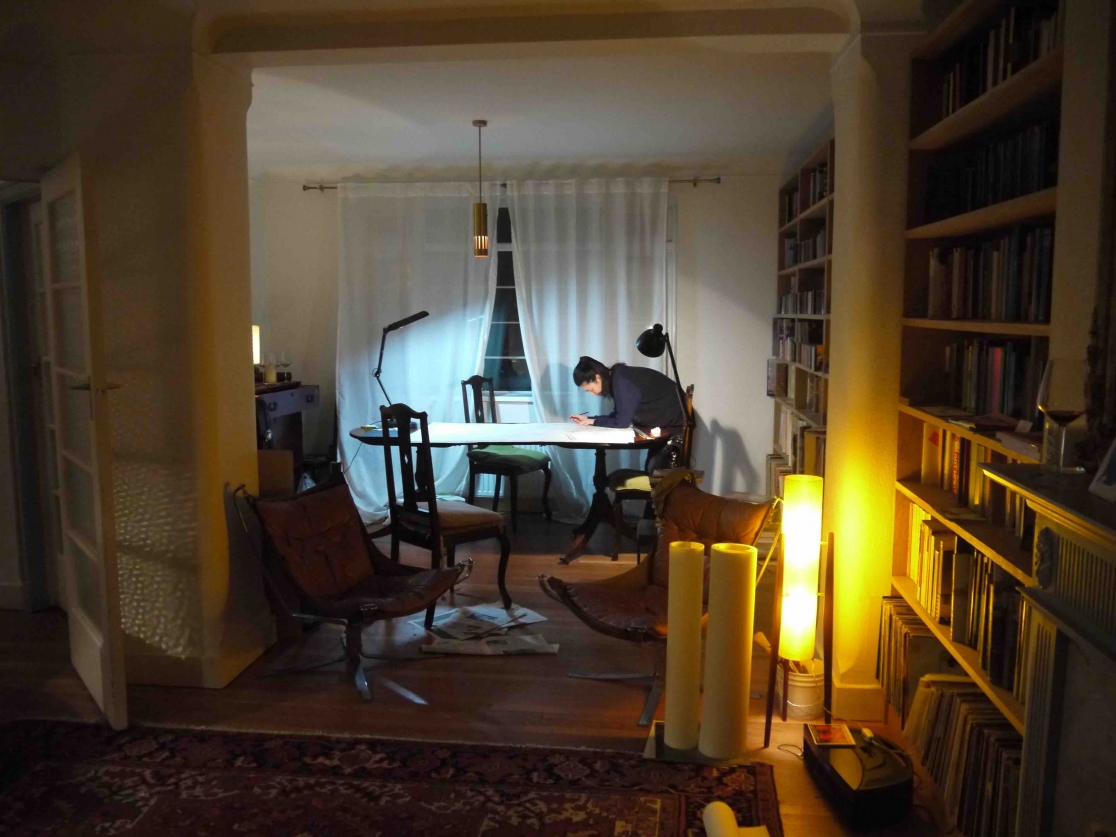 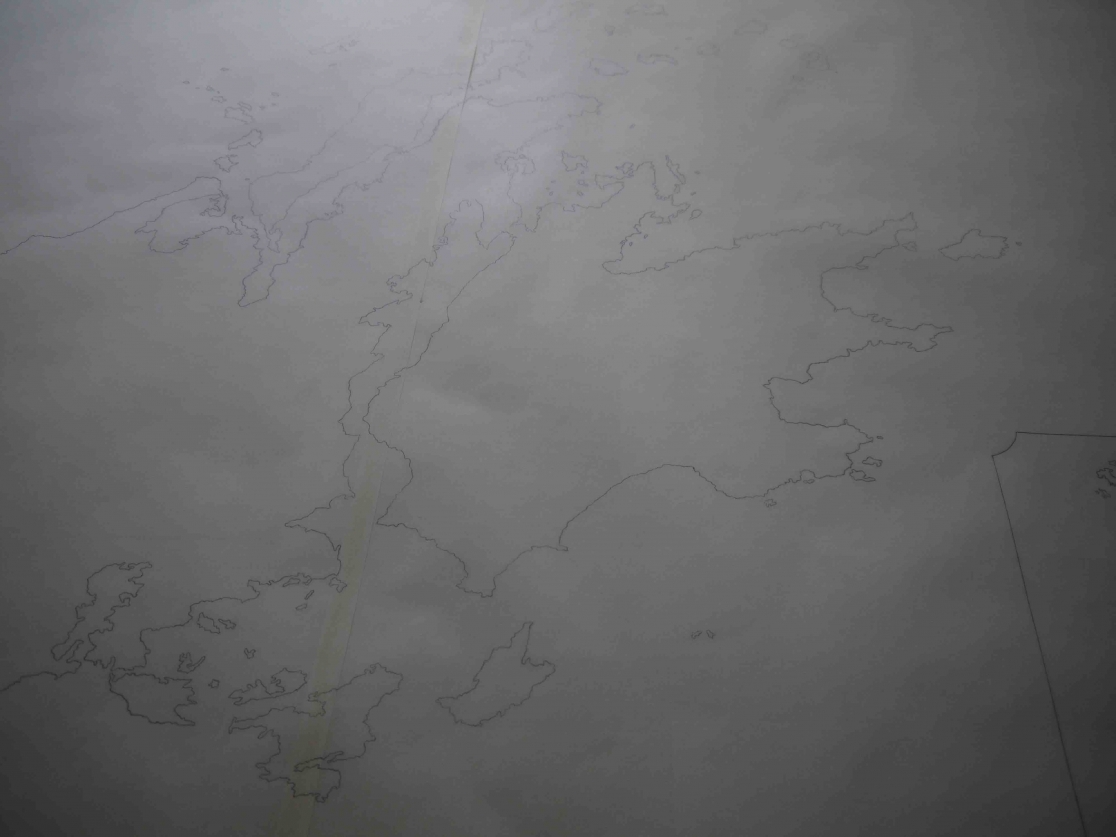 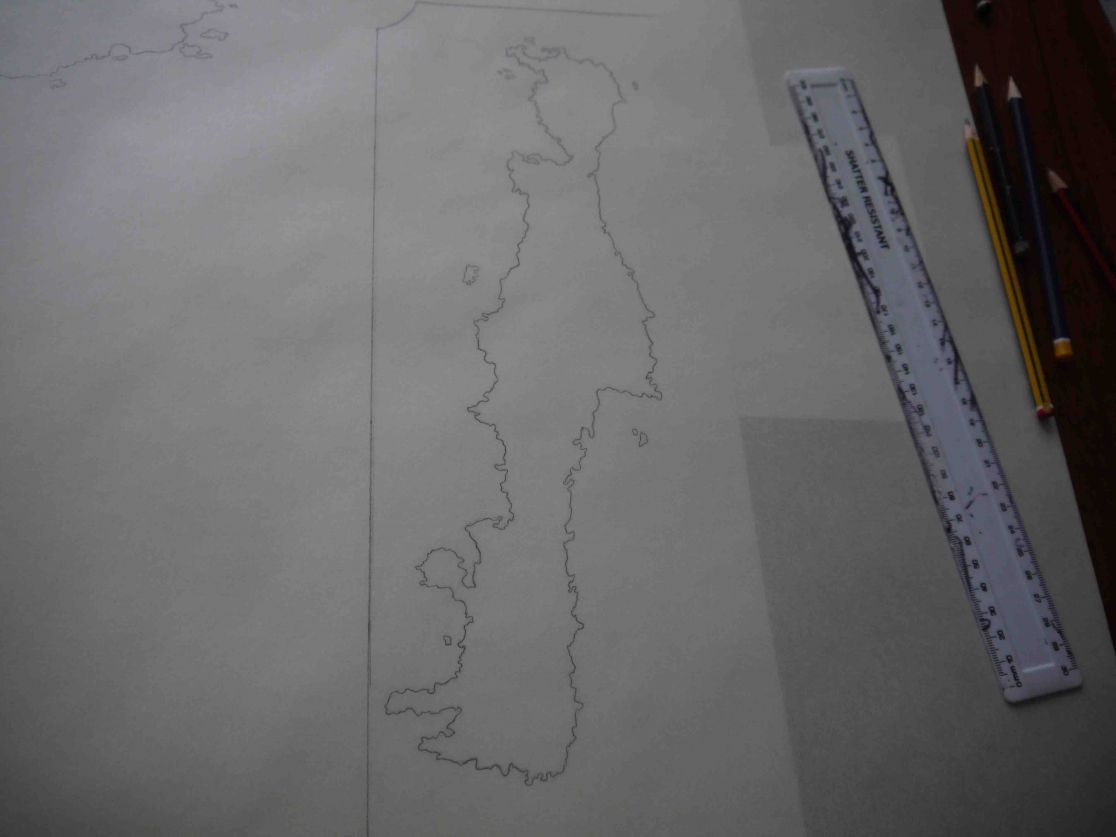 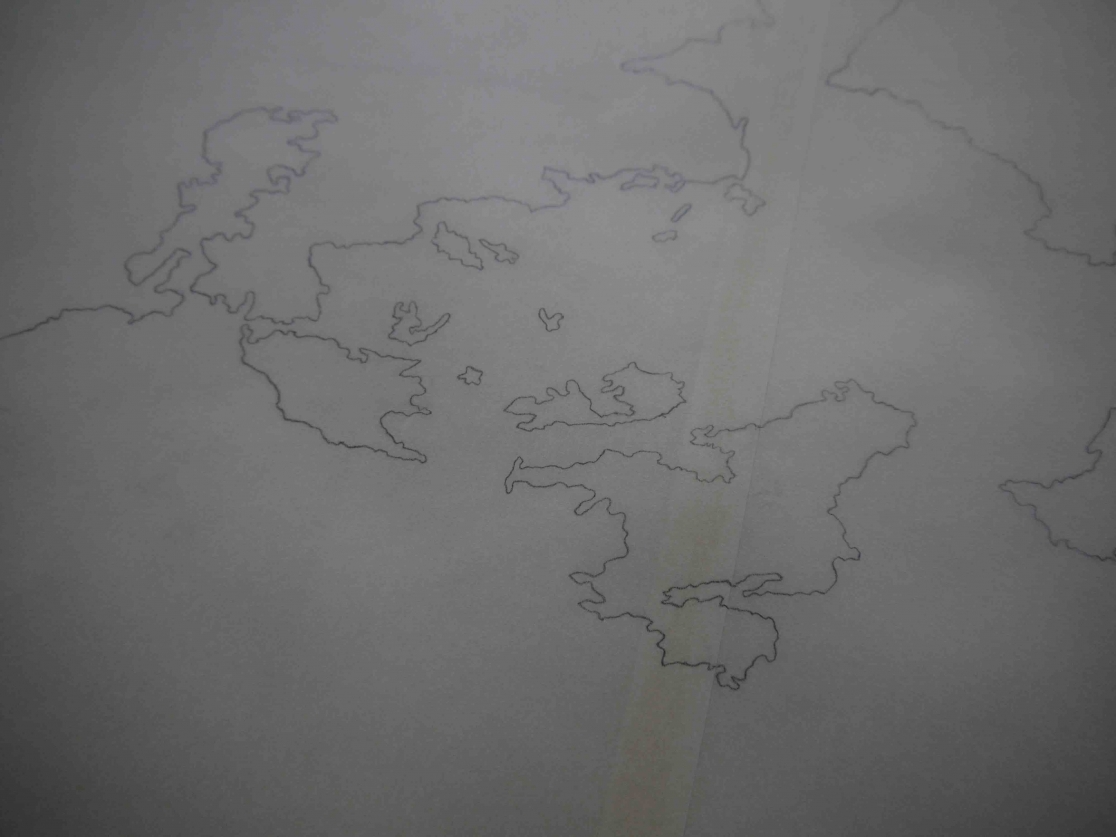 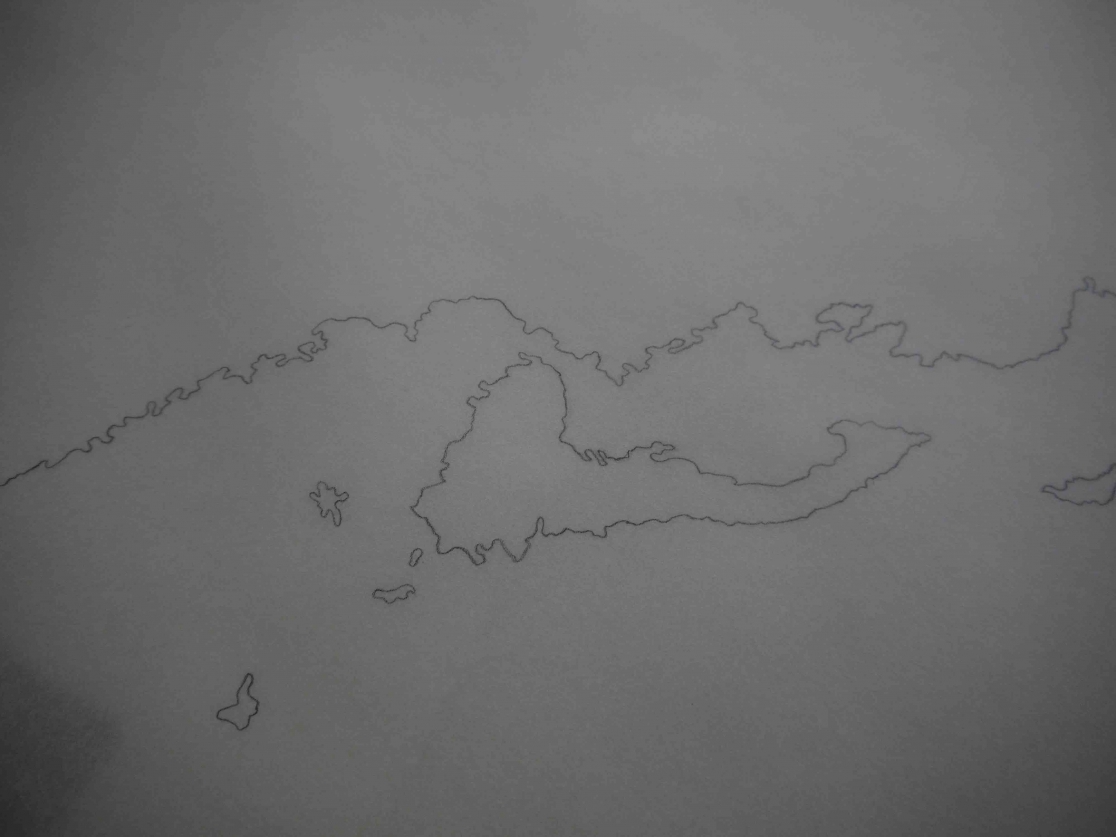 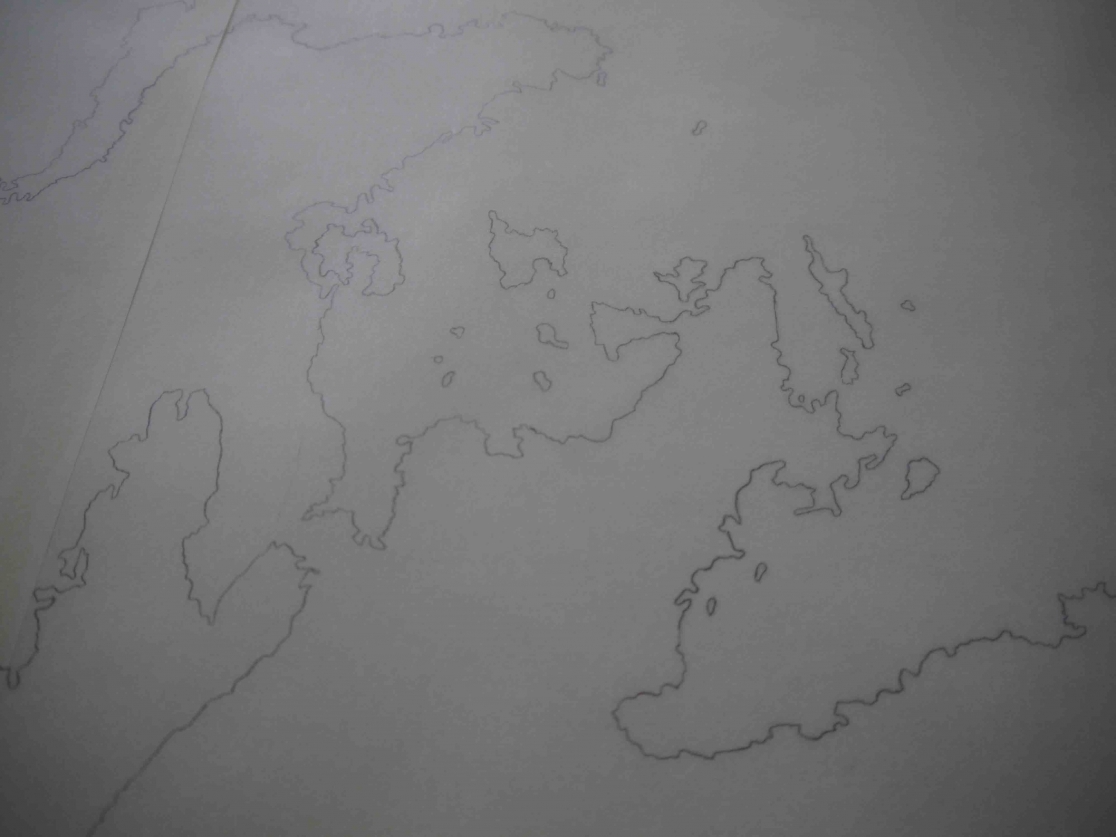 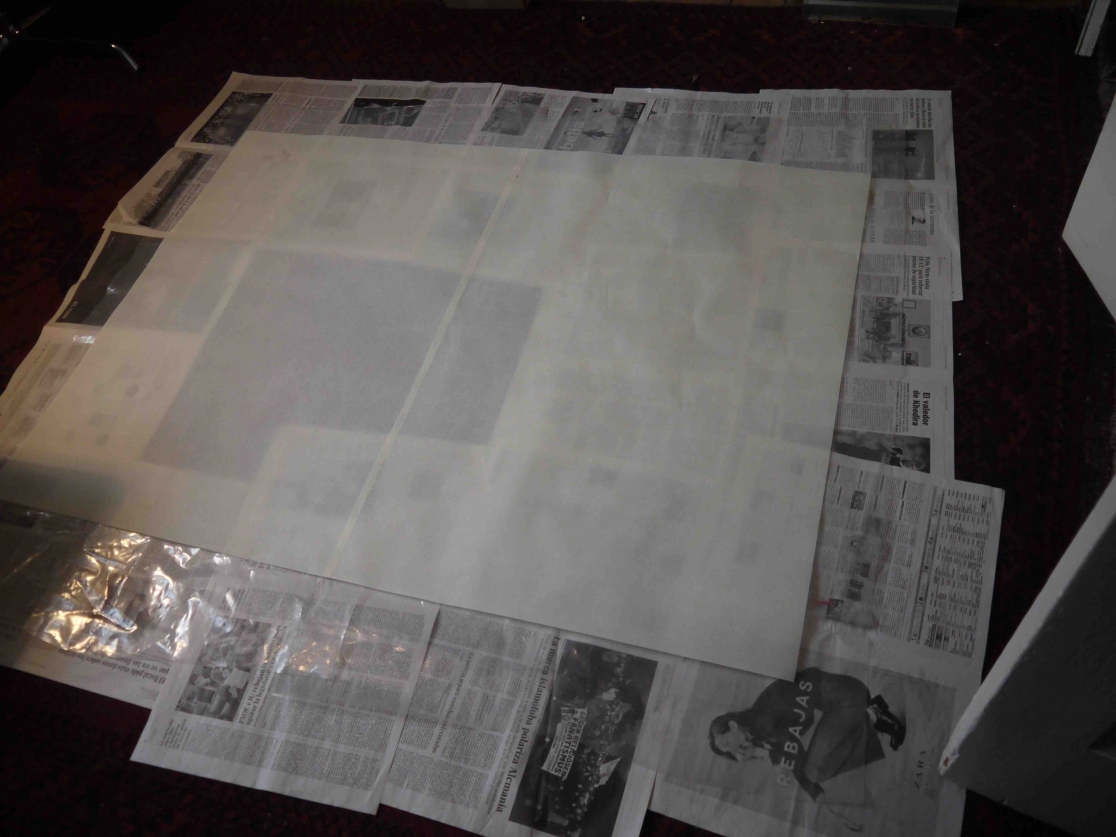 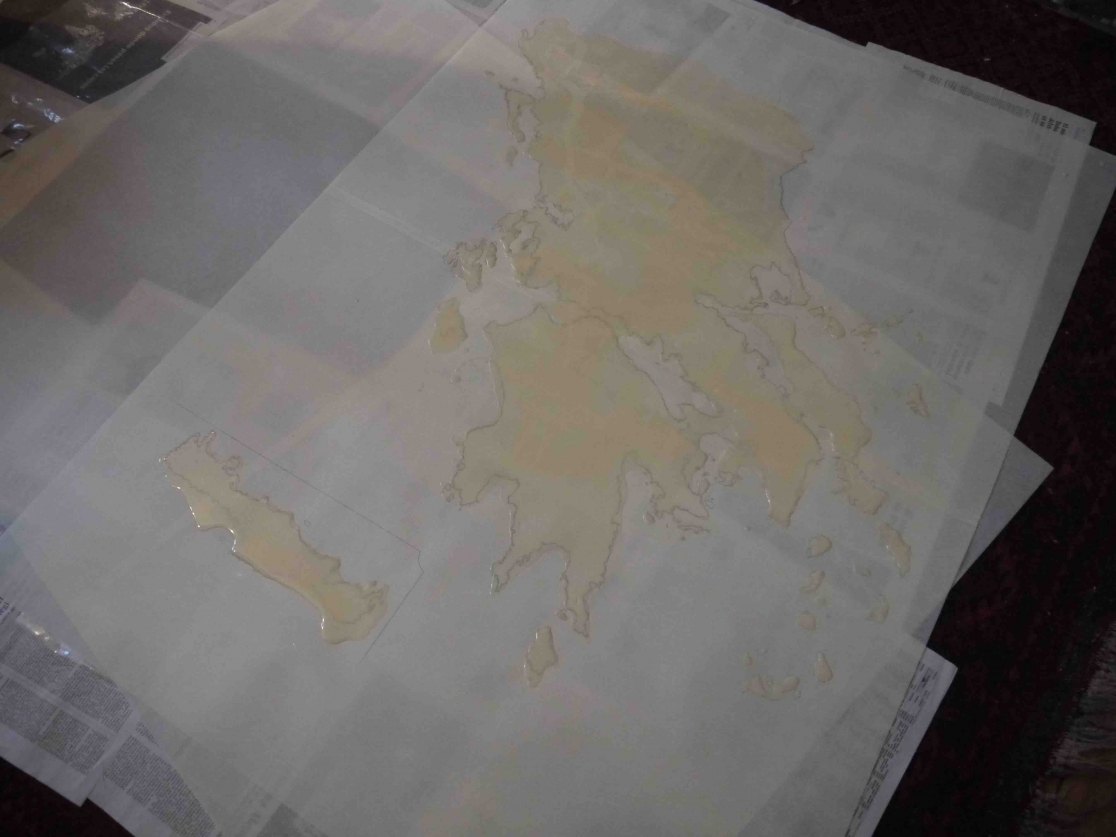 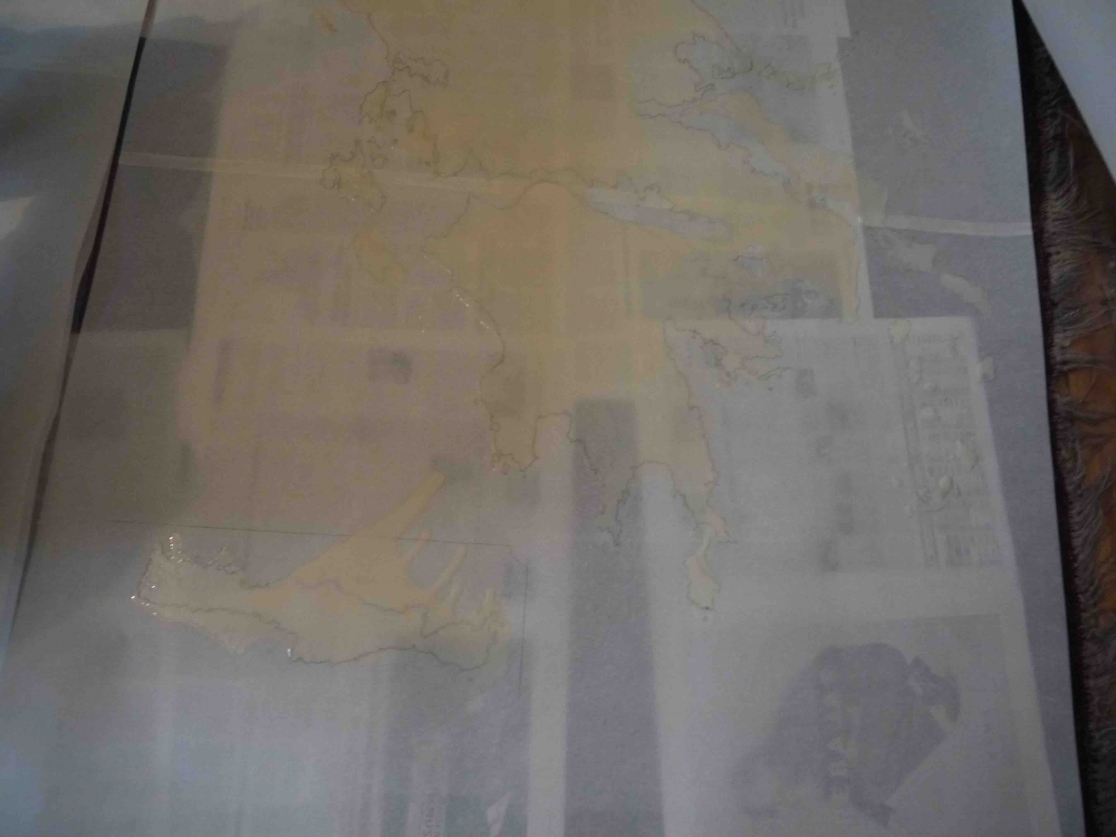 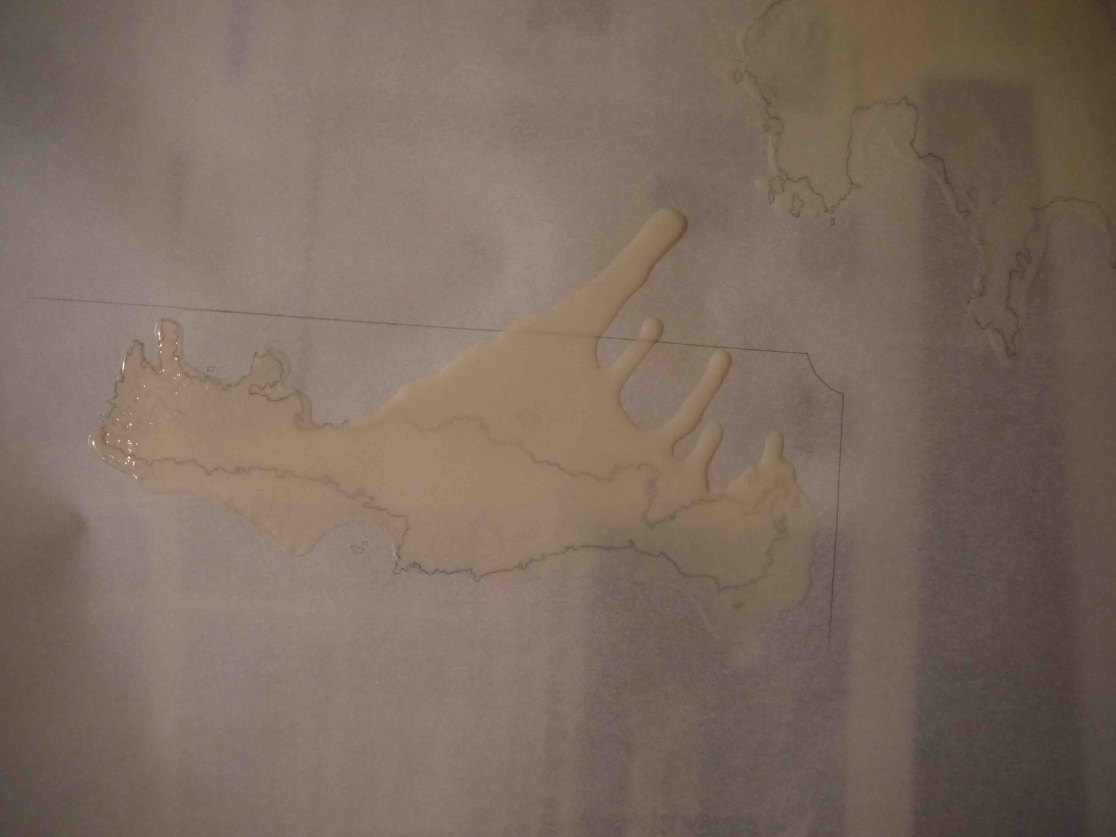 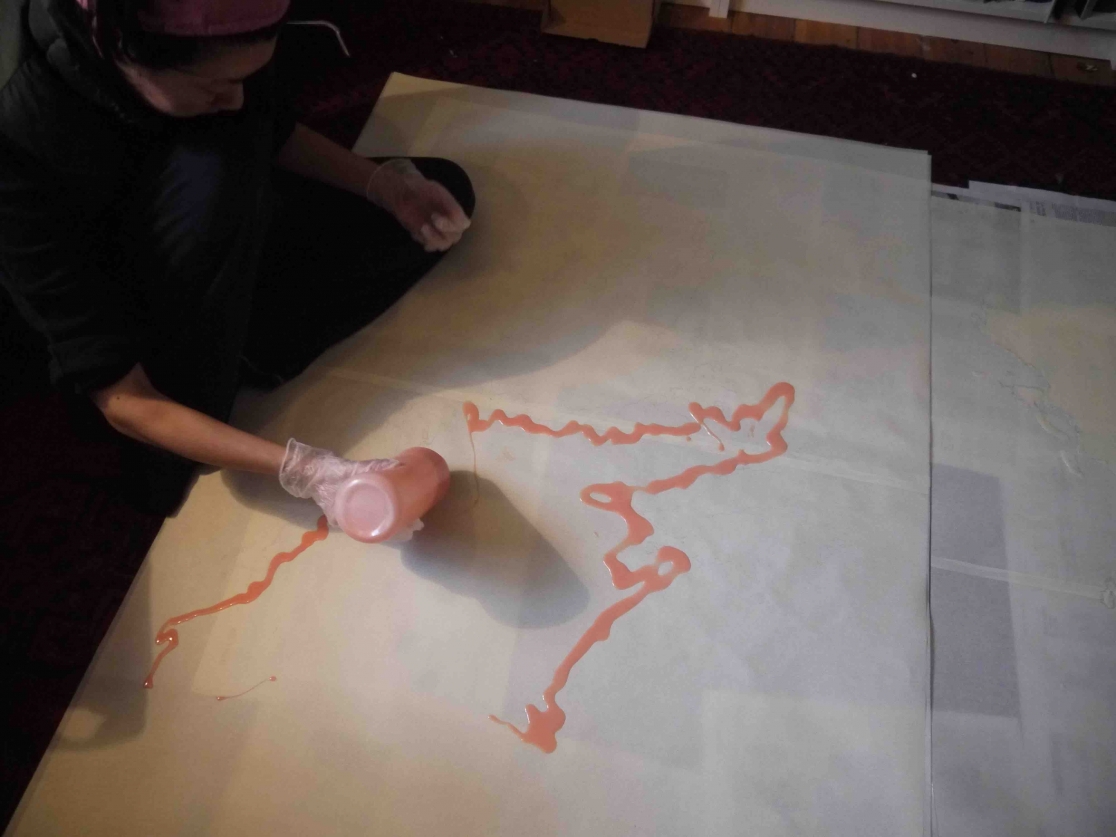 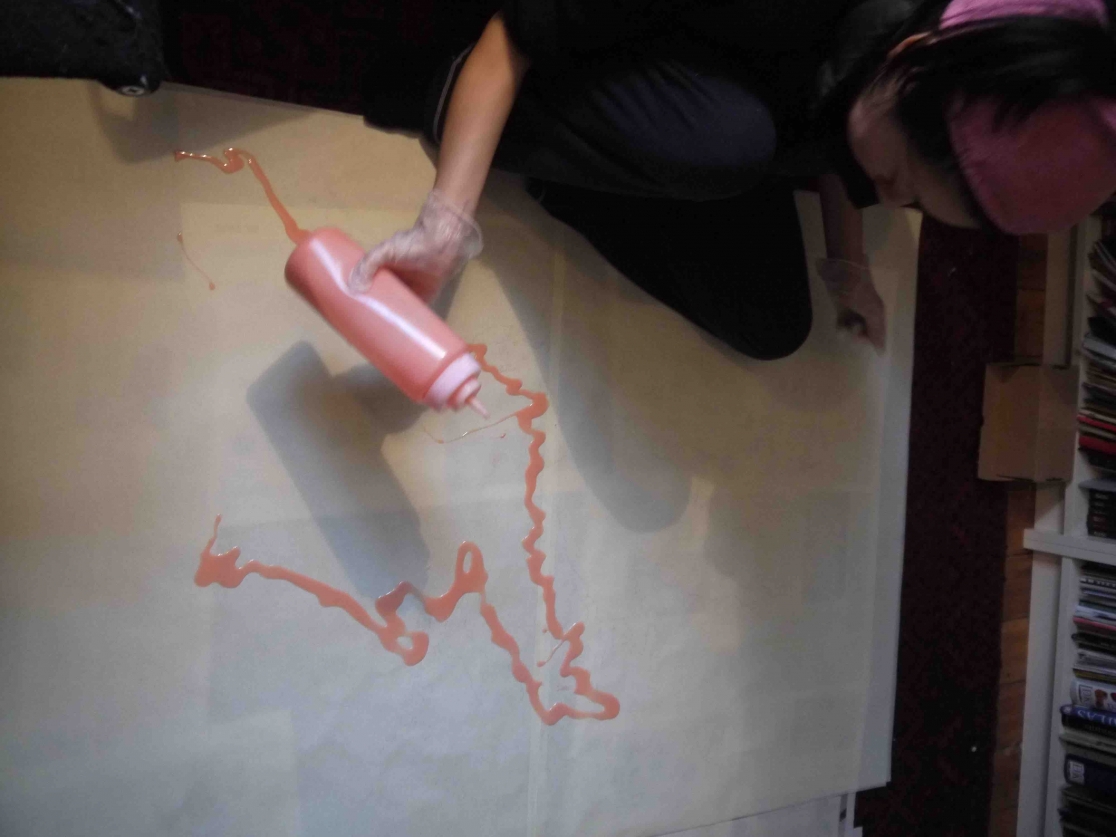 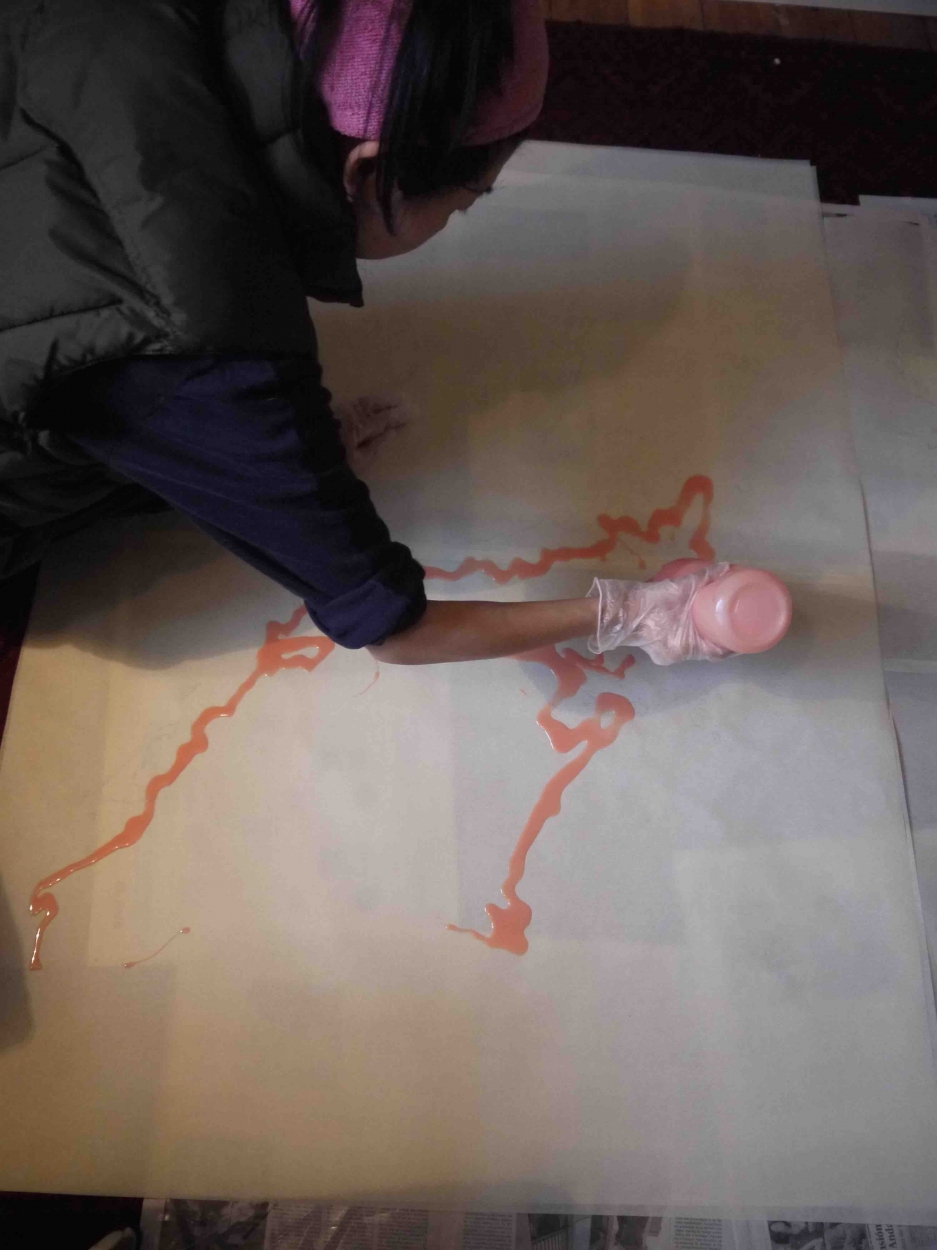 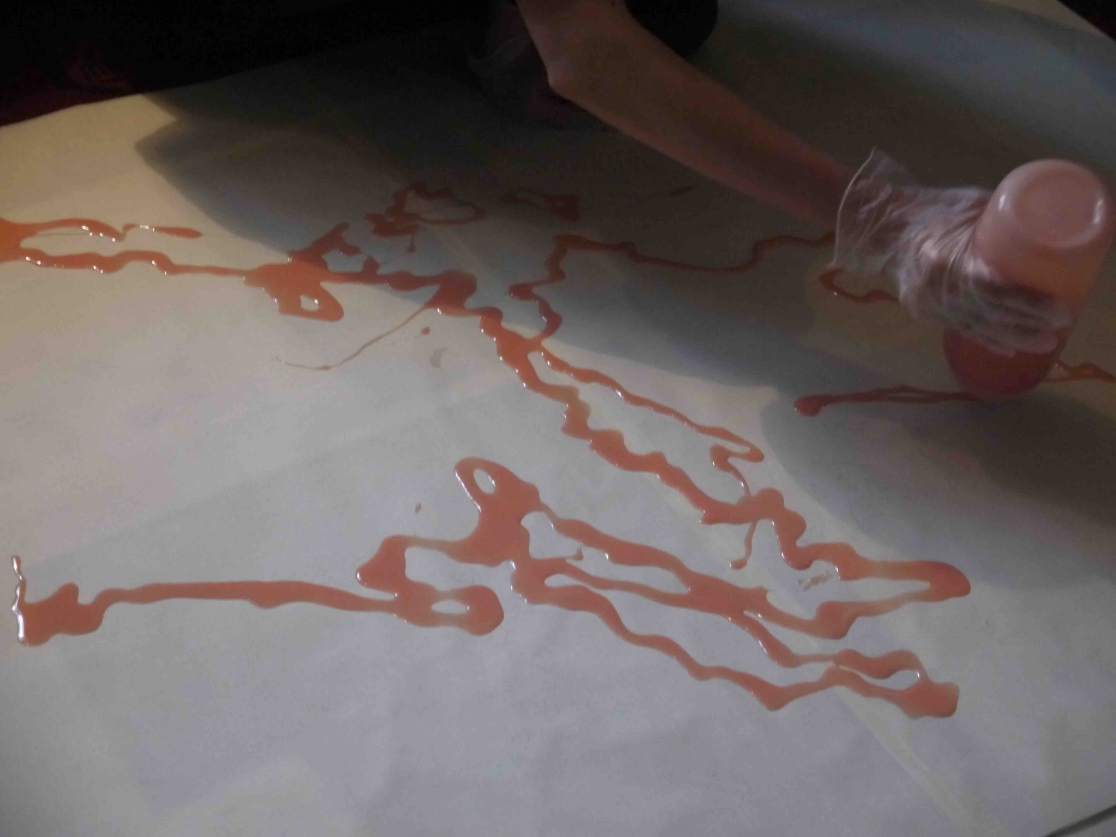 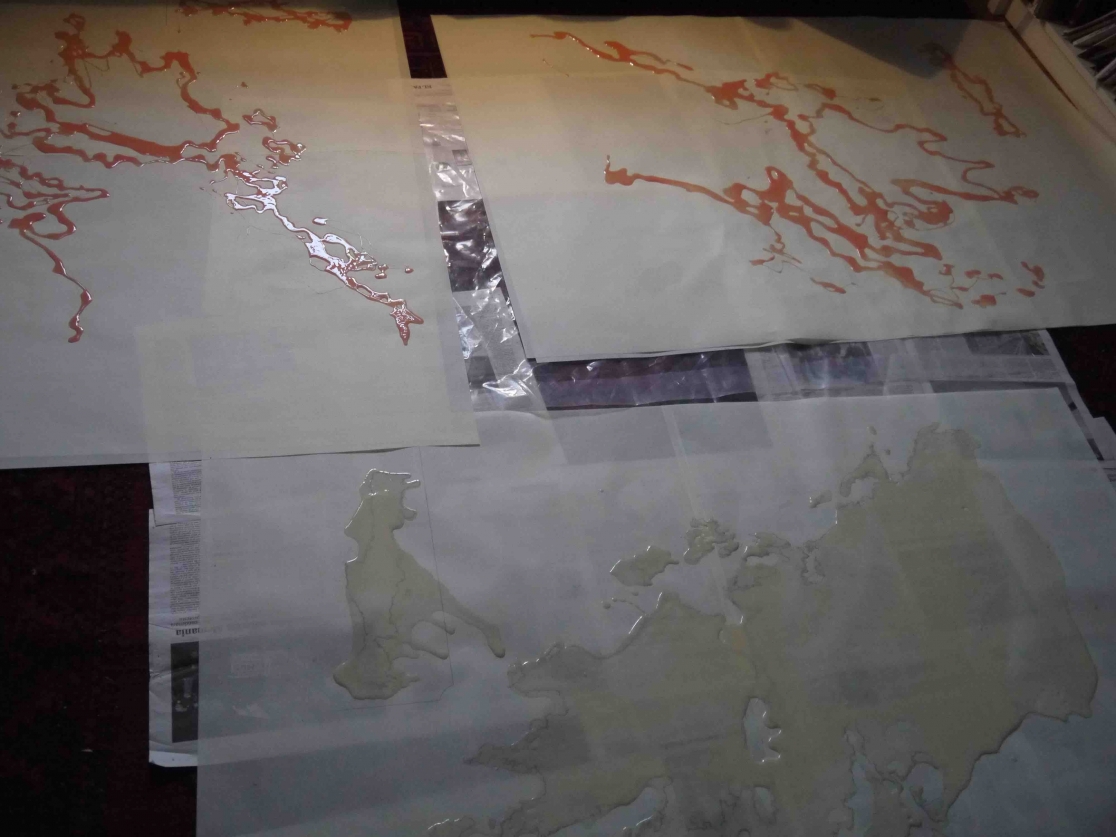 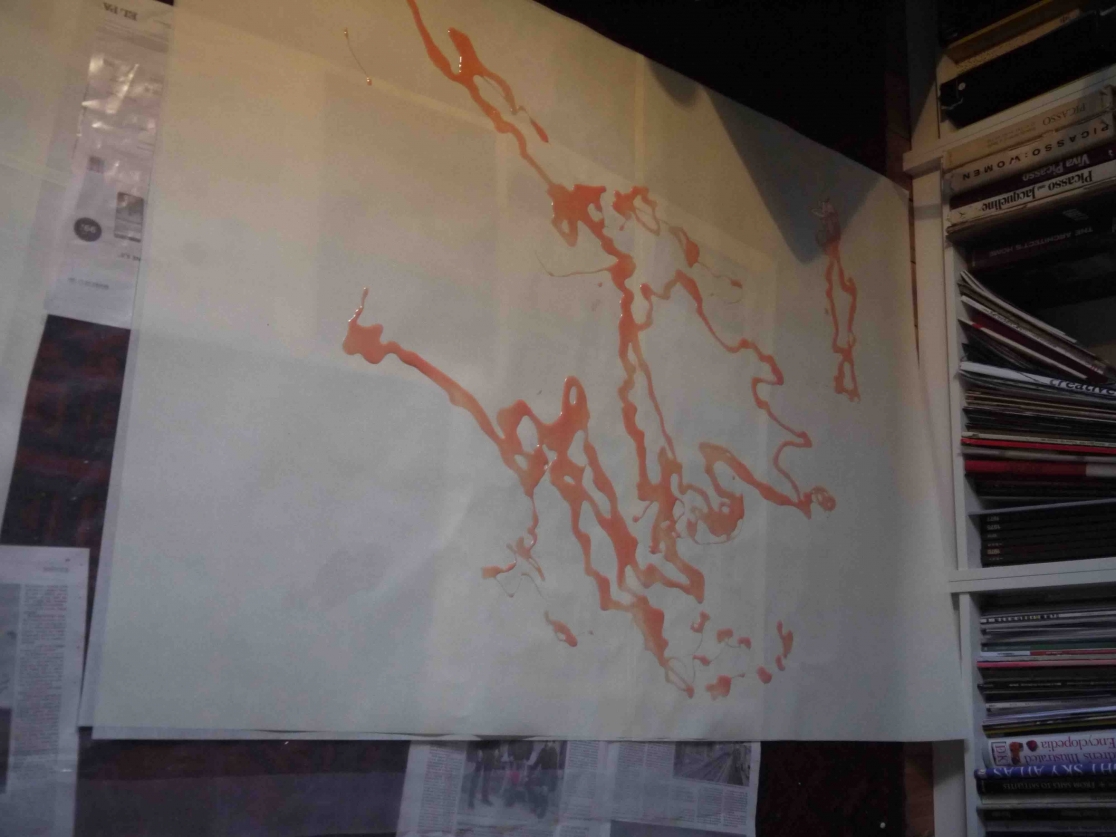 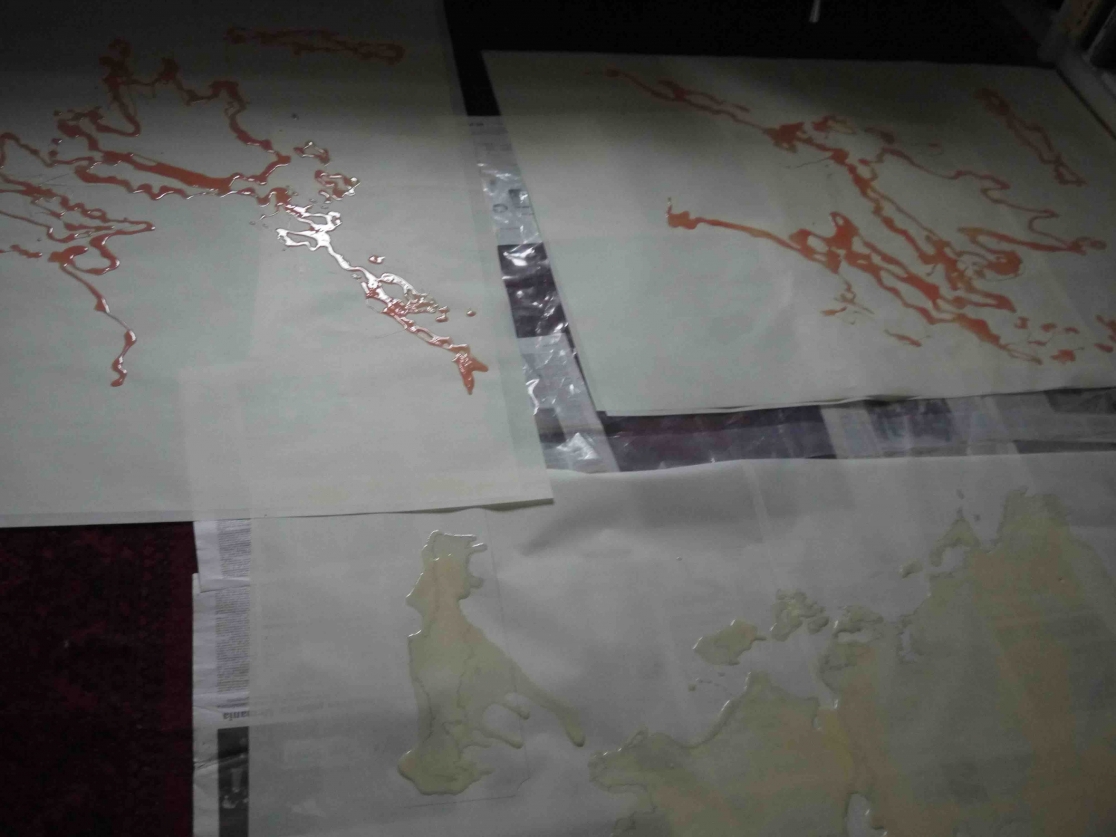 We asked a question, what would you make or do if invited to take part in a project concerning the economic crisis? The movement of people and their productions, would that be a starting point of an engagement?

• Airmail provides us with more than the transit of visual or written messages. It conveys for us a means to put the ‘transversatile’ [Félix Guattari’s word] of rhizomes into a liquid form. We wish to free up the movement of bodies and things in and through spaces and the regions of different time, and mess around with the technologies that decide bodies. We prefer to mess up old and new technologies, take an idea to make a mark discrete enough to activate political and social dislocations of place, time. The world is enough, so we are not aiming at the kind of progress that undermines or overmines the finitude of the world. Institutions –in other words –act both directly and indirectly [unconsciously] upon actual and virtual works of art. Work is contingent upon a multiplicity of people and technologies for its exhibition. These transitional, multiplying facets of getting to the here and now is, for us, very much part of the work. The artwork is not fully present, but half-hidden, haunted by its own imaginaries and failures. How it arrives only appears constant, of consequences known, yet is arbitrary, emerging in the present in a sudden flash of sightlines, as a constellation. This is not to re-conceptualise art, but of spiralling retrospection. The maps are ways of showing how liquid the process of their formation becomes. What may pass unnoticed in an image, may disappear, change shape and colour and reappear in the present, or future, as Nicolas Bourriaud terms, as an ‘exform’. What if an image is a powerful witness to a process of its stigmatisation? It can re-form even after it is first perceived especially if discarded. An image is firstly material, without worth, or stigma. The map is a good model for this process.

I ask a more specific question concerning the austerity imposed upon Greece by the Eurozone. By implying that the Greeks were wholly culpable of their bankruptcy, that the international banks and monetary foundations were able to extract interest with impunity without Greece reducing the debt. The debt is kept alive. These agencies have further profited from the north-south division of the world, redrawing culpability itself into an inverse ‘duty’. We must obey ‘constitutional’ Law. How do you show this process of ‘drawing’ over, or redrawing, which has so much existential affect, in the real of prescribed disaster? The constitution is being altered. What minimal gesture might address the abuses of contemporary political demarcations that function solely upon the productive bases of debt?

• The Rorschach model applies and mirrors modernist histories of abstraction in painting techniques using the drip, and the fold, to split the given autonomy of an image –whose meaning transfers absolutely from dormancy if at zero point. A split appears on the surface, without reason. Guattari’s ‘schizo-analysis’ aims to access this complex and paradoxical, space and time of a random topographic event. Schizo-analytical cartography is the evocative title of Guattari’s most theoretical book. It provides us a visual image. In the process of exhibiting these cartographies, form becomes content and vice versa, and then something else, somewhere else. Works made in London reproduce a chain of events and performances in Berlin, Dresden, Athens. Taking a starting point from Eugenio Dittborn’s mailed drawings, what will happen if we employ Guattari’s method of transversatility? Analogue technologies are arguably more able to generate such exchanges at a slow pace. Without the speeds of the all-knowing algorithm, things get missed, falling into imperceptible shadow, and cannot programme movement into data. The virtue, of slowness, from zero point, is in how minimal and ‘poor’, introverted, rather than extrovert, gestures can arrive unobserved at an undisclosed time. There is no representative, no data, acceleration or incline. Debt only operates when amplified through mediatic industries if based on promising desires of consumers. Over-identification within this existing system appears synonymous yet shows no determinacy, since highly reduced. Cognition is therefore the ground upon which we must stake a claim beyond the capital of visibility. The system needs recognition, demands our compliance. Consistent refusal posits cognition not its recognition.

Whether you were to link up with someone, somewhere else and send messages about your life, or for no reason other than just to send something, anything, you say, is it already a subversive act, visual, written or otherwise, under oppressive consequences of de-politicisation?

• There will always be a sense of urgency, and necessary resourcefulness however inexplicit, in human exchange, whether souvenirs, memories; personal messages from elsewhere back home, and so forth. This is par excellence a political process in Eugenio Dittborn’s mail art where freedoms of communities have been attenuated and simple means, drawing and writing, speaking, pass unnoticed outside controls.

Is this not precisely what intelligent media is eradicating? Do these itinerant artworks and performances risk the reinforcement of borders over the time it takes to cross them? Is time itself a border?

• Yes. Like Dittborn’s mail art made possible in response to Santiago's place at the periphery of the international art scene and partly to circumvent the oppressive and regimented structures of Chile's military government, (as well as to reflect previous periods of colonization and repression) these mobile visual messages were free to go anywhere and initiate an evolving dialogue with their global audience, strictly because of the obstacles to their temporality, and movement. For example, the journey of Dittborn's Itinerary for Painting No. 95 moved the folded works in envelopes from Santiago de Chile to Antwerp '91 -London '92 -Southampton '93 -Rotterdam '93/4 -Wellington '94 -Chicago '95 -New York '97 and so on. Although echoing the industrial level of contemporary art freight, his was small scale, clandestine and discrete.

Dittborn's ideas literally 'transmigrate' the colonial relation of labour, time and money, and in the original palpable sense are therefore 'metaphors' for migrations, in this case for ‘Boom Bubble and Burst’, the maps of Greece are imprints or transfers, and also doubles. The appearance of a double haunts the present. How does the transfer work, re-employing an arcane technology, in reparation of past memory? By simulation or repetition?

• The maps of Greece for Dresden are the residues of what was once historically termed ‘drip’ painting, the calling card of the Abstract Expressionism of 1950s. Our drip paintings utilise Rorschach and cartography in embracing a cultural hybrid, via performance events, as live action, or in photographic documentation. The photographic archive, already incipient in documenting Pollock’s rhythmic choreography influenced the way we perform moving against and within our own installed archives. The performance is able therefore to take place before the event, during an exhibition, or after, in retrospect, as an image sequence, and is infinitely reproducible. These documents equally inhere an act of precedence, bi-locating events before their appearance. In this sense they are indexical, diachronic, in time and outside the grain of an experience, prints of specific times but not fixed as such to a specific event, since they have already absorbed an elsewhere. Memory is a collective retention shared in technology, yet its shadow non-discursive. The intention has been to de-programme the programming of art and its memory, and of restoring our capacity for imagination. We follow Édouard Glissant in this desire to disemcumber politics via his poetics. Glissant insists on poetics as a means of building new imaginaries, because of a disillusionment with political processes as a means of change. Poetics may be totally ineffective against oppression, but that also makes them powerful –they are at once outside of the system and within reach of those outside it.

Pouring, or dripping the paint to delineate the contours of the land inevitably fails to accurately measure the cartographic edges of the Greek archipelago and the fate of democracy. The origin of the term archipelago is Greek, referring to the Aegean Sea and its islands. Metaphor, also from the Greek 'metaphorá’, signifies transfer. Is the failure of a memory of origin, in these works, allegorised in enacting the poor tracing of democracy? Is the intention to make images that are reduced, as residual liquid, to porosity? What transfers over time past?

• The paint’s visceral quality, suggesting both liquidity and evisceration of organs, also demonstrates time passing as inaccurate as a measured distance. Liquidity carries a double meaning, as a term of capital, as in 'to liquidate'. Liquidity signifies money, wealth, profit, surplus value etc. Greece is an organ left without a body, to be put to use. If we transfer the metaphor to affects of disaster capital, can we survive without organic function to a body? The maps are fragile witness to their own metaphorá. The evisceration of Greece, in the wake of an acceleration of liquid capital, carries us all to destitution. The loss of democratic reason, and the European legacy, the erosion of the archipelago, its cultural motif and resonance, is a collective point of historical reference. Greece is an ‘archipelago’ a kind of land mass that Édouard Glissant writes of, to show how knowledge is carried, mapped and exchanged across islands, suggesting the world has become an archipelago. Hans-Ulrich Obrist, adopts this motif of the archipelago. A very suggestive curatorial model, of the chain, or cluster of scattered spaces and temporal formations, translates the archipelagic thought of the Caribbean philosopher and poet on the creolisation of the world, to reaffirm Glissant’s theory, to art, poetry, dance, music. Schizo-analytical cartography attempts such a re-constitution and reparation. Through destitution, or failure, the liquid, weak images of the archipelago, may at first be overlooked, but the repeated inscriptions of the image are necessary, to produce clarification in one and confusion in the other. The splitting dodges permanent historical change and chronic lack of time. We pose a question of a different perspective to the currency of the political economy as an essential task of art, through a certain acknowledgment of failure, in the event of reconciliation, we choose to be irreconciled. Crisis demands decision, or, accordingly in the Greek semantic, in fact registers a decisive moment.